Wine writer Jancis Robinson MW has been made an honorary Freeman of the Worshipful Company of Vintners. 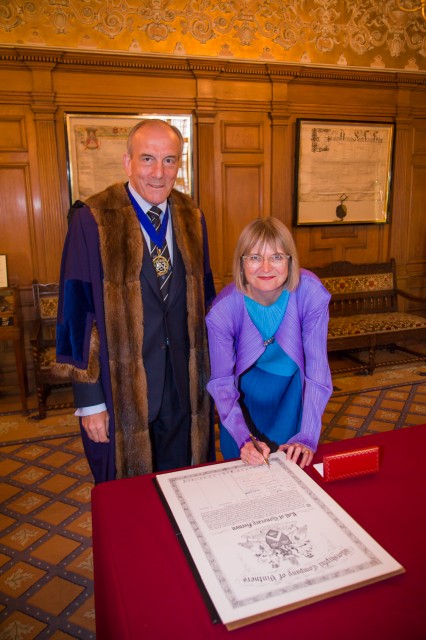 Robinson is only the twenty-sixth person in the company’s 650 year history to be made a Freeman Honoris Causa and the fourth woman – Baroness Margaret Thatcher being one of the others.

She was granted the title in recognition of her, “outstanding contribution to the international world of wine”.

The ceremony took place at Vintners’ Hall by the banks of the Thames in the City of London, and was presided over by the master of the company, Michael Cox (pictured).

Cox said: “Jancis is one of the most influential and charismatic voices in wine today and we are proud to make her an Honorary Freeman of this ancient Livery Company and especially in our 650th year.”

The company was founded in 1363 and is one of the 12 great livery companies in the City of London.