Diageo’s offer to buy a 26% stake in United Spirits (USL), the dominant spirits group in the Indian market, has been rebuffed by shareholders, according to reports from Mumbai. 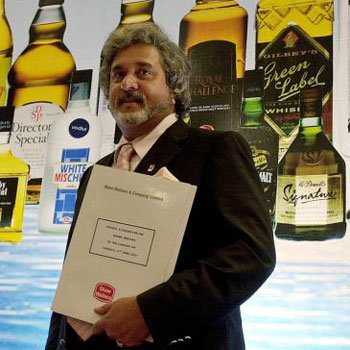 Diageo offered 1,440 rupees per share, a significant premium to the then market price when the bid was made late last year. Today the share price stands at more than 2,000 rupees and agencies in Mumbai have speculated that Diageo may have won only 65,000 shares when the tender offer for up to 38 million shares closed on Friday.

Neither company will comment on the outcome of the tender offer, which was one component of a complex £1.2bn deal for Diageo to take control of USL. However, observers suggest that the setback is no obstacle to the takeover being completed, giving the world’s biggest premium spirits group a significant trading advantage in the sub-continent.

As part of the purchase, VJ Mallya, USL’s chairman and major shareholder, is selling a 27.4% stake in USL to Diageo and is contracted to vote the remainder of his stock with Diageo for the next four years. That will give Diageo a controlling majority of the votes on the USL board. In addition, Diageo will appoint USL’s chief executive and chief financial officer as well as other board members. Mallya will remain on the USL board as a non-executive chairman.

In addition, Diageo is on record as saying that it will continue to distribute its global premium spirits brands through its existing subsidiary company in India, at least in the medium term. Only gradually does it plan to integrate the groups, and then only after further premiumising USL’s domestic brands. So any slipping of the timetable for Diageo to control USL will have only a marginal effect on initial returns.

Additionally, industry sources say that it would be normal practice for Diageo, if it has failed to win a majority of the USL shares via the tender offer, to give the Indian company only a distributor’s margin on any Diageo brands it handles, rather than the much more profitable brand owner’s margin. That could change as it increases its own shareholding in USL.

Market observers believe that USL shares rose rapidly on speculation that Diageo would increase its offer beyond 1,440 rupees a share, despite the British group firmly denying that it would do so. In any event, the formal offer has closed.

With no higher offer on the table and Diageo about to pick up 27.4% of USL from Mallya and his associates, the prospect of a rival bid for USL emerging is very remote. Diageo has a stranglehold on the company for the next four years. Over that time, the speculative froth in USL shares will recede, allowing Diageo to pick up shares at or near the tender offer price, further solidifying its control of USL.