Recent comments by wine consultant Stephan Derenoncourt have inflamed a quiet but growing criticism of the way Bordeaux conducts its annual primeurs tastings. 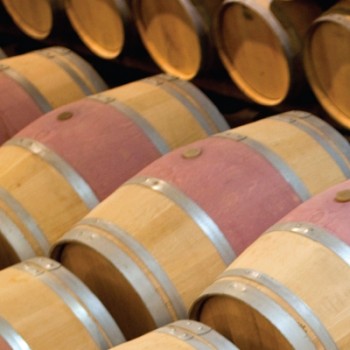 In an interview earlier this month with French newspaper Le Monde, Derenoncourt, whose high profile clients include châteaux Talbot, Prieuré-Lichine, Smith Haut Lafitte, Clos Fourtet and Pavie-Macquin, offered a very open description of how he vinifies an entirely separate wine to show during primeurs week.

Outlining an objective to “end up with something quite controlled and with the identity of the property,” Derenoncourt explained: “Our method is to remove a bit of each distinct parcel and to put them through a special preparation to speed up the elevage.

“Therefore we put them into barrel earlier than the others, straight after the running off in fact, so that the marriage between the wines and the wood may happen more naturally than if we were to put the wines through that at a later date.”

Summing up the end result, Derenoncourt remarked: “In a sense, we have some little dolls in the cellar which are representative of the harvest, but which are extremely well prepared for primeurs week.”

The drinks business contacted a number of producers in Bordeaux to compare their own method of preparation for primeurs samples, but few were prepared to comment on what one representative described as a “political hot potato.”

However, one producer, François Mitjavile of Tertre Roteboeuf in St Emilion, was happy to offer a general opinion on the proper conduct of primeurs tastings.

“The samples must represent reality,” he insisted. “In effect, during the presentation of the primeurs, all wine worked according to the rules of the art – put into barrels from the moment of pressing and racked as they should be – can perfectly support the judgement of informed professionals.”

However, Mitjavile stressed: “The practice of ‘trained up’ samples is not justified.”

With a 2012 en primeur campaign that may represent a slight improvement on last year, but is hardly flying, the UK trade was similarly reticent about commenting on whether the timing of the primeurs tastings, just six months after harvest, allows buyers and critics to form a reliable opinion on the vintage.

Two years ago, when the market was far more buoyant, Jancis Robinson MW put forward the case for fellow critics to hold back their scores until after prices had been confirmed, as happens for Burgundy, whose primeurs tasting take place well over a year after harvest.

At the time, she also noted “the vexed, complex and extremely important question of the validity of primeur samples and how closely in each case they are likely to resemble the finished wine that is bottled so long after the primeurs showings.”

With no change in the system since, Robinson reiterated these concerns, telling db: “I think the whole question of tasting samples of red Bordeaux at only a few months is highly questionable anyway, but it’s especially problematic because some winemakers prepare samples specially for showing en primeur and others don’t. We are not able to compare like with like.”

In addition, she highlighted the damaging effect such lack of consistency and transparency is likely to add to the more openly criticised pricing strategy of many estates.

“I suspect that after two lacklustre primeurs campaigns on the run, plus this particular concern, it may be difficult for the Bordelais to whip up real interest in the 2013 campaign next year,” Robinson concluded.