Hong Kong may have an illustrious bar scene, but it lacks a defining cocktail, although there is plenty of scope for one. 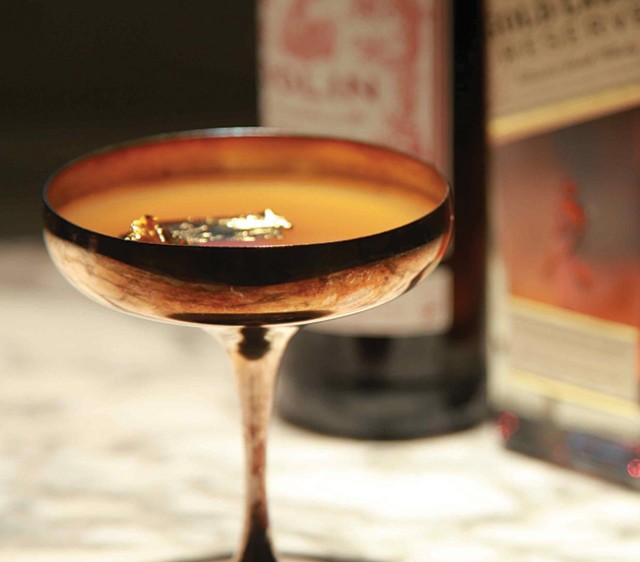 While Hong Kong has a long, storied relationship with cocktails, the city lacks a single, unifying drink that embodies all there is to this dynamic, exciting multicultural city.

In short, it’s lacking a Singapore Sling. But Hong Kong’s top bartenders haven’t sat idle, and from the hallowed old stalwarts of Hong Kong’s oldest hotels, to some of the city’s best new watering holes, we present 10 of the best contenders to represent Hong Kong’s drinking heritage. 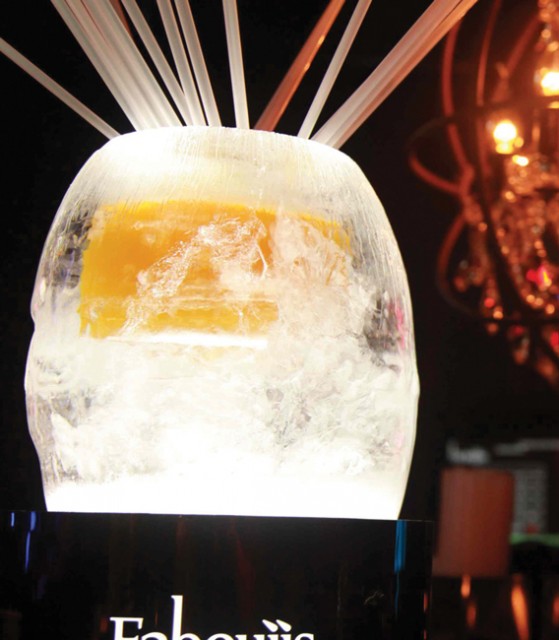 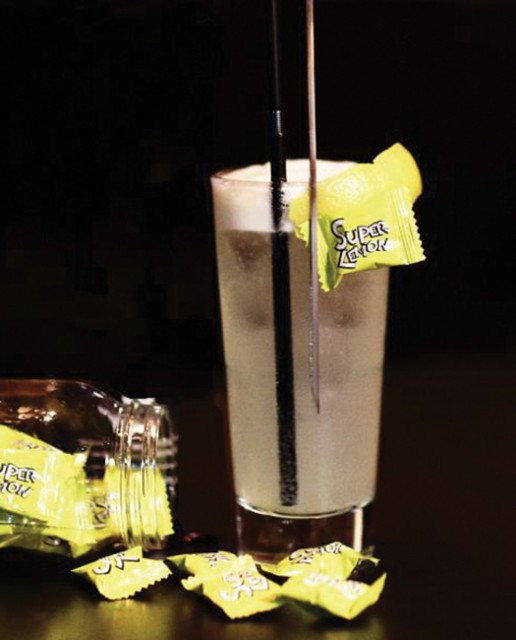 Lai’s take on this nostalgic treat mixes lemon-infused gin with lemon cream to give “a great fizzle texture”.

“It comes with a Super Lemon sour candy, giving the cocktail a kick and finished with a balance of sweet and sour.” Lai explains. “This candy used to be the favourite sweet of a lot of us – it’s a cocktail that brings us back to our childhood.” 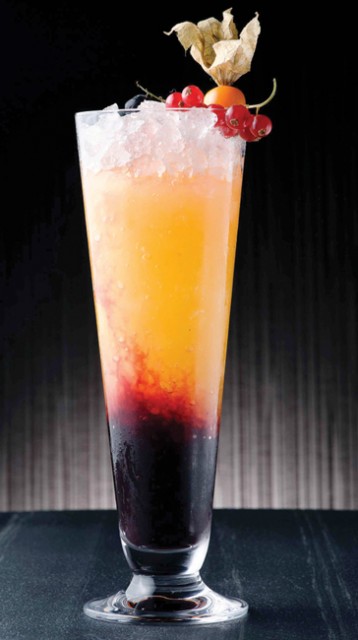 The InterContinental in Tsim Sha Tsui showcases an impressive nine Hong Kong-inspired cocktails known collectively as V Sips – the V standing for Victoria Harbour, which forms the stunning backdrop for an evening’s drinking.

The Nine Dragons pays tribute to the concept of feng shui, as well as a nod to the English translation of Kowloon and the hotel’s auspicious location.

According to Cantonese tradition, the famous nine dragons of Kowloon pass through the hotel’s Lobby each day to drink from, and bathe in, the city’s harbour. Made out of an ambitious nine ingredients, this cocktail brings together a riot of flavours that could satisfy any mythical beast. Includes Absolut Blue and Citron, Campari, blueberry purée, fresh lime juice, gooseberries, mango, blueberries and grapefruit bitters. 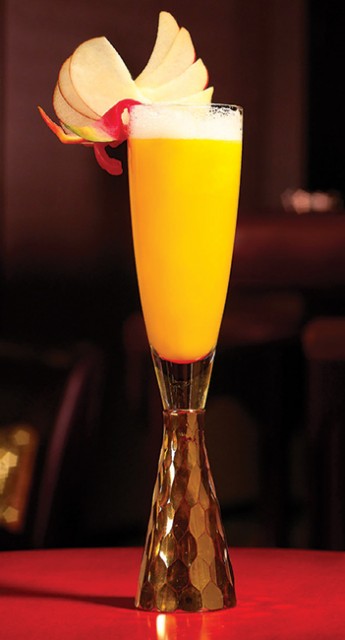 It would be sacrilege to go through a Hong Kong Top 10 and not mention the city’s spiritual mascot, the dragon.

Luckily, one of Hong Kong’s oldest hotels comes to the rescue. Salon de Ning is a relatively new addition to the Peninsula but has already made a name for itself.

This fine cocktail is a Hong Kong take on the screwdriver and a tribute to the Peninsula’s legendary bartender Johnny Chung.

The hotel’s longest-serving staff member, Johnny has been a fixture at the hotel for more than 50 years. This update on a classic, introduced by Johnny himself at the behest of Clark Gable, consists of Absolut Citron, gin, fresh orange juice, fresh lemon juice and gomme syrup. 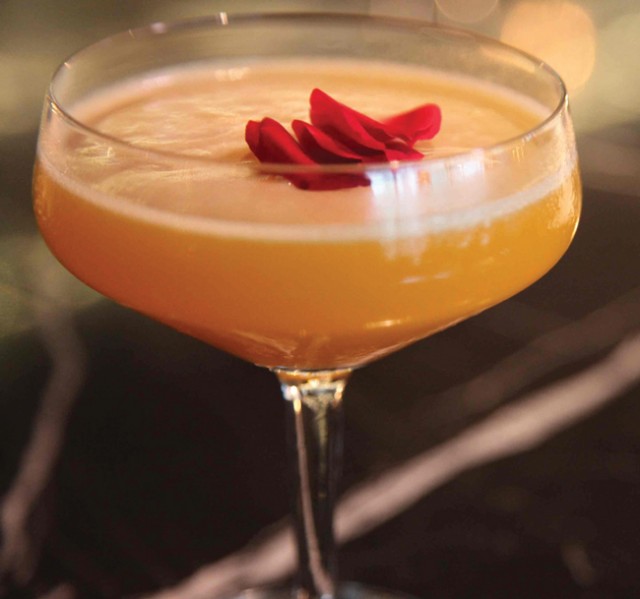 Coming from the States and frustrated by his country’s embargo on all things Cuban, Lily’s bar manager Eric Stephenson jumped at the chance to use Cuban rum as a base for his Hong Kong-inspired offering, The Gateway, which references the city’s position as the gateway to Asia.

“I wanted to feature Havana Club 7yr Añejo, which is the first Cuban rum I tried,” he explains.

“Also very difficult to find in the States is fresh passion fruit, so, upon arriving here, I began experimenting with them as well. It helps that passion fruit pairs perfectly with aged rums.

“After moving here, I fell in love with Szechuan cuisine, and I found myself wanting to incorporate some of the underlying base flavours, not necessarily spices, that I found in those dishes, into cocktails, so I added chilli, honey, and citrus; all of which pair beautifully with passion fruit. Last, to really capture the glamour and flash of Hong Kong, I top off this Hong Kong-inspired cocktail with Veuve Clicquot Champagne.” 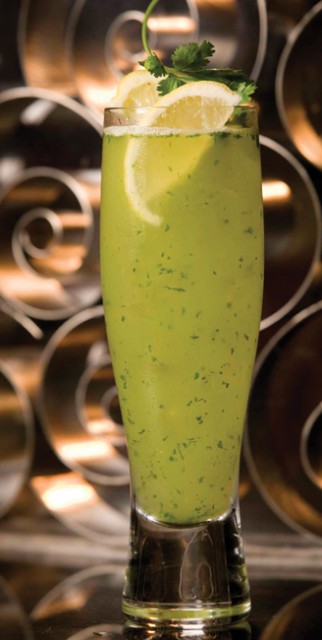 Motox contains some of the most quintessentially Chinese ingredients used in the city’s cooking, such as coriander and ginger root.

It’s been officially recognised by the Hong Kong Tourist Board as one of the drinks that best represents Hong Kong and was created in 2005, when the Landmark Mandarin Oriental hotel opened its doors. 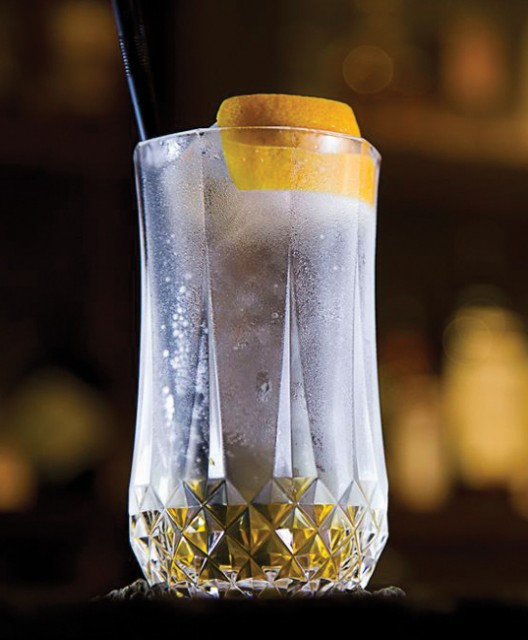 Using a slow-cook method to extract the flavour from the tea, he adds sugar and citric acid to create a cordial, before adding Absolut vodka and soda water to create the Oolong Tea Collins.

“The aftertaste makes this unique – it’s surprising that tea can be so tasty with alcohol,” he says. 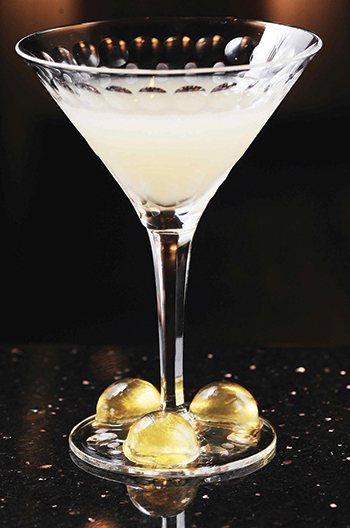 Bar manager Andy Wong has presided over the M Bar in the Mandarin Oriental – a Hong Kong institution, if ever there was one – for the last 10 years and jumped at the chance to create a Hong Kong-inspired drink when challenged by the city’s edition of Time Outa few years ago.

With vodka, Hong Kong’s own lychee, plus the osmathus-infused Kuei Hua Chen Chiu Chinese liqueur and lime, this aromatic entry is paired with molecular-style whisky gum. Created for Aqua by Paolo Figuerado, who believed that you can’t know Hong Kong without experiencing a Typhoon 10 – the highest tropical storm warning level and one of the city’s most elemental events.

“A typhoon is something messy,” says Milan Gurung, bar manager at Aqua, which occupies a waterfront spot on Kowloon side and provides one of the best views of Hong Kong’s famous harbour.

“This drink is spicy and sensually overwhelming – you feel like you have a typhoon going on in your mouth.” With lemongrass-infused vodka, yuzu, chili, ginger beer, Prosecco and handmade vanilla sugar, this meteorologically inspired choice is a force of nature and should come with its own Level 10 warning.

­­­Despite its suspiciously antipodean-sounding name, this one is Hong Kong through and through.

“Their most famous dish is roast goose, and one of our ingredients is a roast goose fat washed vermouth. This is mixed with Johnnie Walker Gold, bitters and plum sauce.”