Château Angélus and Pavie have released their 2012 vintages with prices that exceed those of 2011. 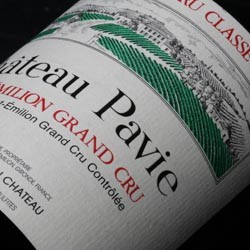 While the majority of châteaux both big and small have so far heeded calls from the trade to lower prices this year, the two Saint-Emilion properties have decided to defy such advice and go up instead.

The releases are in stark contrast to fellow Saint-Emilion estate Canon, which released today with a 46% drop in price.

Both prices have been greeted with derision on Twitter, with some jokingly offering prizes to anyone that manages to sell any and another saying that, “it doesn’t make sense”.

Unfortunately it does. Along with the recent classification, properties Saint-Emilion and Pomerol will have been buoyed by critic Robert Parker’s hailing of the Right Bank in his latest overview of the vintage (his scores are expected to follow soon).

With the backing of critics with regard to quality and with a new “A” grade to justify, in should be no surprise that some estates felt that lowering prices did not apply to them – there may yet be others who thought likewise.

However, with a rising legal challenge to the Saint-Emilion classification, which one producer recently told the drinks business was “a mess” and in which Pavie and Angélus are both embroiled, with Parker’s scores not yet released and trade and buyer apathy towards estates not playing ball, they may well find themselves regretting such hubris.