Australian wine brand Hardys is reinforcing its historic and upmarket credentials in the UK with the launch of two new ranges and a listing for its range topping Eileen Hardy blend.

The iconic Eileen Hardy label, comprising a Chardonnay and Shiraz, has just been listed by Majestic Wine according to Paul Schaafsma, who is UK general manager for Accolade Wines, which owns Hardys.

Initially just the Chardonnay has been taken on by the UK’s largest wine warehouse, although it’s hoped the Syrah will also be listed, said Schaafsma, speaking to the drinks business at ProWein last week where Accolade Wines had a stand.

“We need our halo brand in the right place and I think Majestic is a fantastic place, with so many wine enthusiasts,” he said, stating his satisfaction at the new tie-up.

The new listing is part of Schaafsma’s aim to raise the fine wine profile of the Hardys brand.

“The premium aspects of Hardys really need to be focused on,” he said.

He also said that Bill Hardy, who is a fifth generation winemaker of the Hardys family, will be flying over to the UK to train Majestic shop managers in the history of the brand and the components of Eileen Hardy.

“I’m passionate about the Majestic team talking about Eileen as where we begin… in terms of enhancing the reputation of Hardys this is the wine to do it,” said Schaafsma.

Majestic will be taking a 500-case allocation of the 2009 vintage of Eileen Hardy Chardonnay, and will sell it for £25 per bottle.

Unusually this harvest uses grapes exclusively from Tasmania – although it is still labeled as “South Eastern Australia” (it is commonly a blend of Chardonnay from Adelaide Hills and Tasmania).

According to Majestic customer feedback, Shaafsma said UK drinkers were looking for a traditional Australian Chardonnay style, and not the extremely lean unoaked examples.

“They don’t want masses of oak, but traditional Australian Chardonnay with integrated oak.”

Schaafsma also recorded, “The guys at Majestic say they are sick of selling New Zealand Sauvignon Blanc and that their customers are looking for the next thing.”

Speaking of the Eileen Hardy Chardonnay, which spends 9 months in French oak, 50% of which is new, he added, “This style of Australian Chardonnay has got a bright future.”

Meanwhile, Accolade Wines has created a new range called Hardys Signature which will be exclusive to Majestic.

Elsewhere, Hardys has developed a new range to mark its 160th anniversary – the brand began in 1853 – which will be sold in UK supermarket Waitrose.

Called Hardys 160th Anniversary Limited Release, Bill Hardy has created a Shiraz from the 2011 vintage and a Chardonnay from the 2010 harvest which will both sell in the multiple retailer for £8.99.

Schaafsma described the changes, instigated since he joined Accolade in September last year after 14 years at Australian Vintage, as “the revitalization of Hardys”.

Aside from additions to the Hardys range, he also said the group was working on creating a clearer difference in the taste and look of the wines. 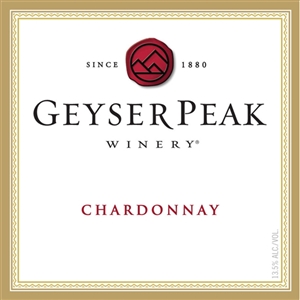 Outside its Australian wine operations, Accolade is also planning to launch its Geyser Peak outside California with an extended range and a new look.

Recognising an opportunity to grow the Californian wine category in the UK and Europe, Accolade acquired Geyser Peak from Ascentia Wine Estates in June 2012.

It has now created a new varietal range comprising a Merlot, Chardonnay and Sauvignon Blanc for these markets, which will be will be available in World Duty Free from this month with an RRP of £8.99.

Ondine Chattan, director of winemaking at Geyser Peak, said this was the first time the producer had specifically changed the style of its varietal wine range to suit a particular export market.

“We understand consumers in the UK and Europe are looking for a little more acidity, and a little more tannin and intensity in their wines than the US wine drinker,” she explained.

Furthermore, speaking to the drinks business about a “struck match” character increasingly found in Australian Chardonnay – and evident in the Eileen Hardy wine – she said that California was also embracing this style, which stems from sulphides produced during fermentation.

Kistler, Hyde de Villaine and David Ramey were all producers mentioned by Chattan as skilled creators in California of this style – which is associated with relatively cool climate fruit, high-solid ferments and she said, certain yeast strains.

Because of the high prices fetched by wines with this character (which can be found in Burgundy too in the Chardonnays of Domaine Leflaive among others), Chattan said the complexing character is called “expensive sulphides”.

Elaborating on their creation, she said yeast strains such as Montrachet will “more or less guarantee sulphide production”.

However, she said that the sulphides need careful managing, and require nutrients, which must be added to the ferments at the right time, early on in the process.

Post primary fermentation, retaining the positive attributes from “good sulphides” requires some initial lees stirring before leaving the wine on its lees without battonage in a sealed, reductive environment.

“There’s always a fear the sulphides might become [unpleasant smelling] mercaptans, so we manage sulphide production on small lots,” she added, referring to her trials at Geyser Peak.