A Japanese brewery created a beer using ingredients from elephant dung and it sold out within minutes of going on sale in the country. 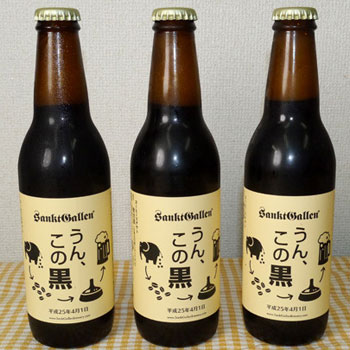 The beer, which is called Un, Kono Kuro, is made using coffee beans that have passed through an elephant.

The Sankt Gallen brewery called the beer a “chocolate stout”, despite it not containing any chocolate. The coffee beans used in the beer come from elephants at Thailand’s Golden Triangle Elephant Foundation, which cost over US$100 per 35 grams. The beans are so expensive as 33kgs of beans in the mouth yields 1kg of useable coffee beans.

The beans are definitely a candidate for one of the top 10 weirdest beer ingredients.

Mr Sato, from Japanese website RocketNews24.com, tasted the beer and said: “After taking my first sip there was an initial bitterness that got washed over by a wave of sweetness. Following that, a mellow body rolled in and spread out through my mouth.

“Usually people talk about aftertaste when drinking beer but with Un, Kono Kuro the word afterglow is much more appropriate.

“After downing the last drop, slowly rising from my throat and mouth was that afterglow. The combination of bitter and sweet stayed fresh and lingered in my head. It was a familiar aroma that accompanied me through the entire beer.”

Although the bottles of the stout sold out after going on sale on the Sankt Gallen website the brewery has said that it plans to put the beer on tap at its new shop, which opened in Tokyo earlier this month.