Specialist online retailer, Best of British Beer, has joined forces with its neighbour Lymestone Brewery to offer customers the chance to become “virtual brewers” and take part in the creation of a brand new beer. 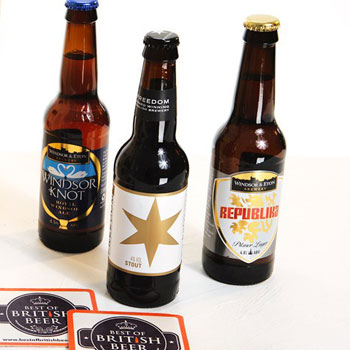 For an initial membership investment of just £10, redeemable against the finished beers, all virtual brewers will have the opportunity to decide exactly how the finished product will taste. When the beers are produced, they will be labelled featuring the name of every person who became a member and bought a share, before being sold via the Best of British Beer website.

Will Sherwin, managing director of Best of British Beer, said: “There is currently a huge resurgence in the world of micro-brewed beers and the UK boasts over 1000 privately owned breweries the highest level since World War II.

“There is a trend for people turning their backs on bland, mass-produced imported lagers in favour of more local ales with quality ingredients made in the traditional way. To go one step further and be a part of the brewing process will definitely appeal to the discerning customer.

“Ultimately we want to produce a beer than can be entered into beer festival competitions and hopefully be recognised as an award winner.”

Ian Bradford of Lymestone Brewery is also keen on the project, he said: “The brewing process can take up to six weeks and there are a number of key decisions to be made along the way to ensure the final product is true to the recipe.

“We produce a core range of beers and a number of seasonal specials, but the possible variations on a standard glass of beer are almost limitless and this is where we need customer input. Whether it’s a different combination of hops, the use of roasted barley or even the addition of honey and fruit to the brewing process, we need to plan the stages carefully before brewing can commence.”

Sherwin added: “We’ve had the idea of ‘a beer brewed by the people, for the people’ bouncing around inside our heads for a long time now, and as soon as we knew Ian and Viv from Lymestone were keen to get involved, we just had to get cracking.

“We’re giving people the opportunity to choose the beer’s colour, strength, style, flavour and name. Even decisions such as label design will be made weekly via our website.”