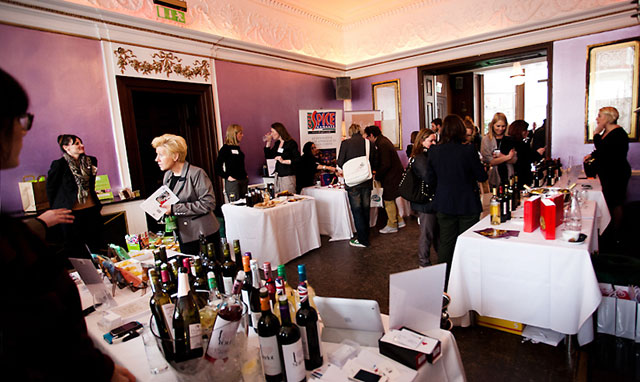 Clementine Communications held a showcase of its clients including Champagne Nicolas Feuillatte, Les Vignobles de Foncalieu, CA Grand Crus and others at Cavendish Square in London. 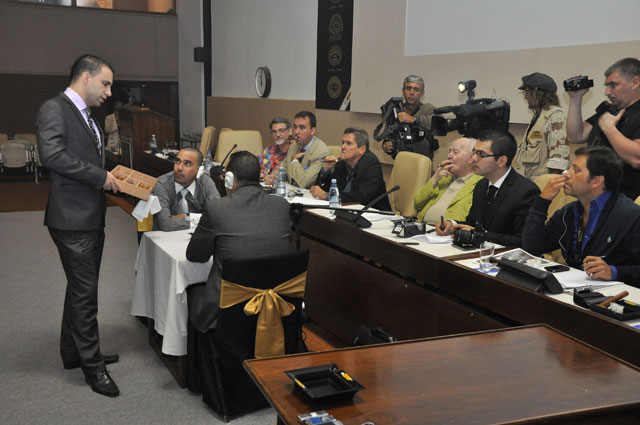 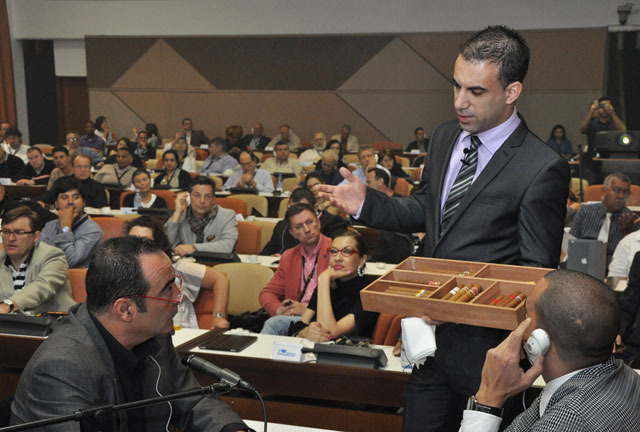 Peter said: “I wanted to take a beverage from my native Hungary with me and thought of a Tokaji Aszú wine because it has a fascinating history. After tasting a number of wines, I selected Royal Tokaji Aszú 5 Puttonyos Blue Label 2008, because this Aszú has great freshness from the acidity. I paired it with a Hoyo de Monterrey Epicure Espeicial, because this cigar is a lighter bodied cigar, with some sweetness and spices on the palate.” 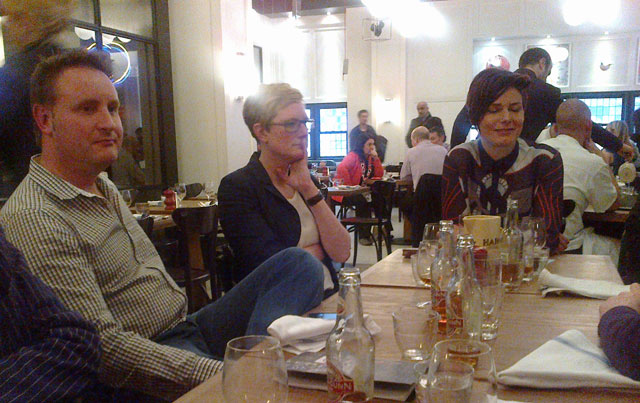 Dougal Sharp founder and managing director of Innis and Gunn brewery talks journalists from the industry over lunch, and a couple of his beers, at Hix restaurant in Soho. The brewer talked about his views of craft breweries, the positive impact of the 1p cut in duty announced in the Budget and his hopes to take his beer into Europe and Asia. 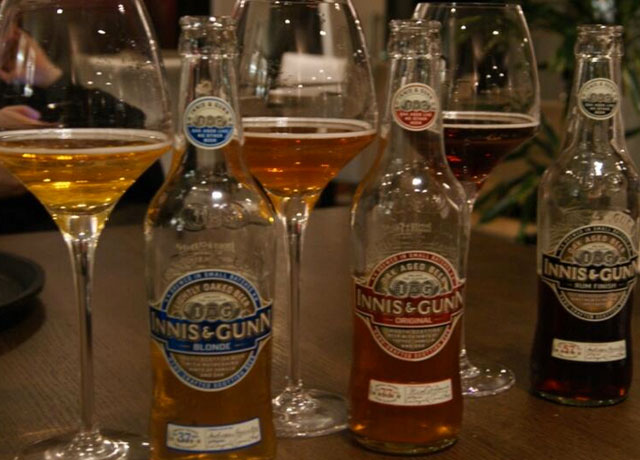 And this photograph from @Sekerosaurus, on Twitter, shows the range of Innis and Gunn’s permanent beers.The brewer is looking at producing more limited edition beers, especially as this year marks its 10th anniversary. 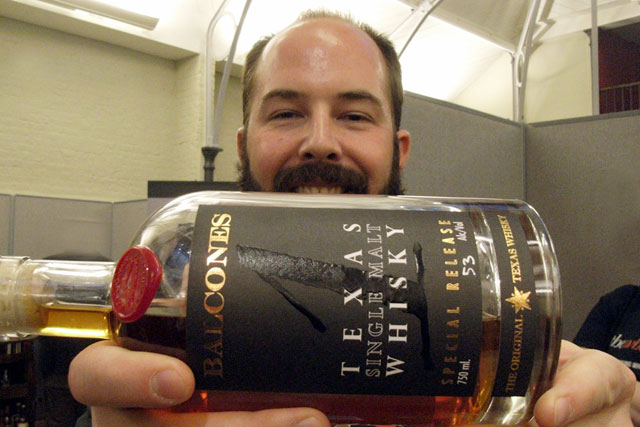 Get your teeth into this. One of the stars of Whisky Live at The Honourable Artillery Company last weekend, the multi award winning Balcones Single Malt Whisky, made in Texas by Chip Tate (pictured), who was in London to show off this tasty dram (Picture: Colin Hampden-White). 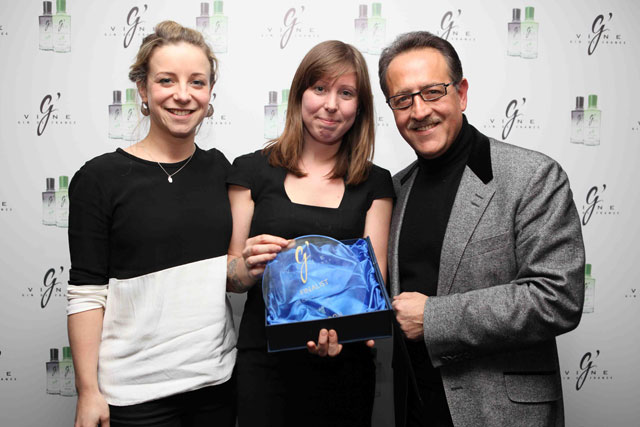 Hannah Lanfear of Boisdale with Rebecca Seal, presenter of Channel 4’s Sunday Brunch and spirits guru Salvatore Calabrese after Hannah was crowned the winner of the London round of G’Vine Gin’s, Gin Connoisseur Program. 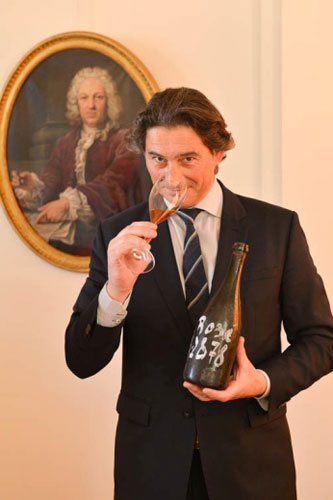 Cellarmaster Benoît Gouez hosted a vertical tasting to showcase Moët & Chandon’s Rosé heritage. The event commenced with Moet’s soon-to-be-released 2004 Vintage, and culminated in the rare and only recently discovered 1878 cuvée. 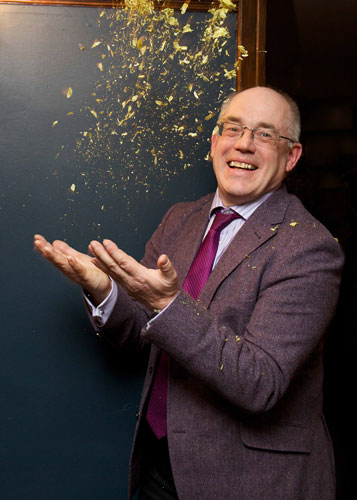 Stephen Oliver, managing director Marston’s Beer Company having fun with some hops during the Marston’s 2013 Single Hop Ale showcase, which included a hop rubbing session that emphasised the flavour and aroma influence of hops. 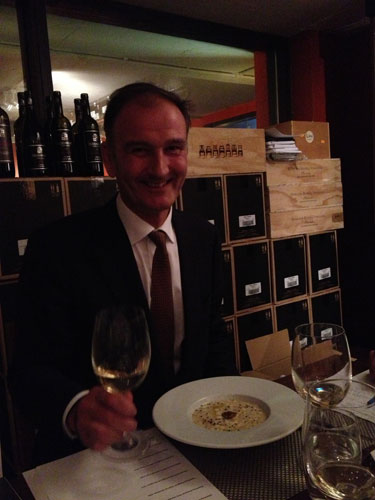 Adrian Vanderspuy, the South African-born, Switzerland-based owner of Oldenburg Vineyards in Stellenbosch sees how his 2011 Chardonnay matches with the truffle risotto at South African specialist restaurant High Timber in the City. 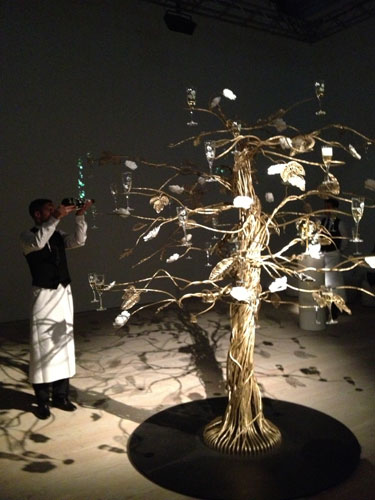 When art and wine combine – Dutch artist Tord Boontje’s Enchanting Tree cast spindly shadows at The Saatchi Gallery in Sloane Square this week, where it was on display for one day only to celebrate the launch of a miniature version designed by Boontje for Perrier-Jouët to be sold in the on-trade. 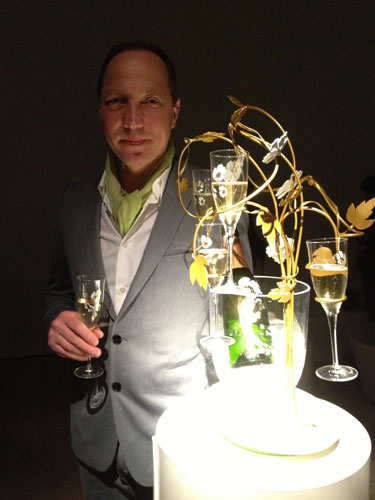 Dutch artist Tord Boontje poses beside his etherial creation – The Enchanting Tree – which he designed for Perrier-Jouët. Boontje took his inspiration from Art Nouveau artist Emile Gallé and the elements of earth, air, fire and water, all of which are needed for vines to thrive. 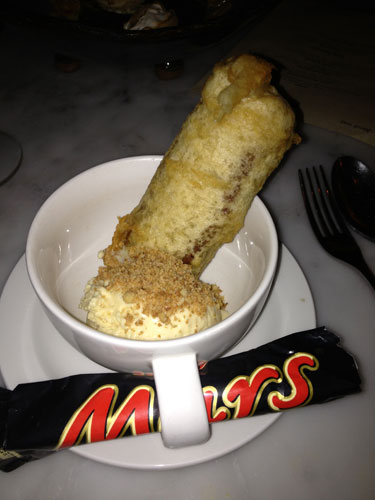 db’s intrepid foodie Lucy Shaw braved the heart-stopping deep fried Mars bar at Duck & Waffle this week, along with a series of playful cocktails created by mixologist Richard Woods, who takes his inspiration from Heston Blumenthal, including a bone marrow Cosmopolitan and white truffle whisky sour. 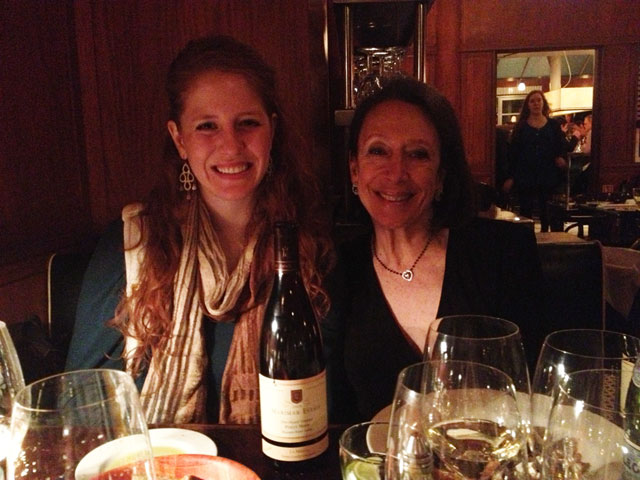 Keeping it in the family – db caught up with the lovely mother-daughter duo Marimar and Cristina Torres at Automat in Mayfair this week to try the latest vintages of Marimar’s Russian River Valley Pinot Noir and Sonoma Chardonnay. During the dinner, US-born Cristina revealed she’s soon to move to London to work on the Torres account for Fells. 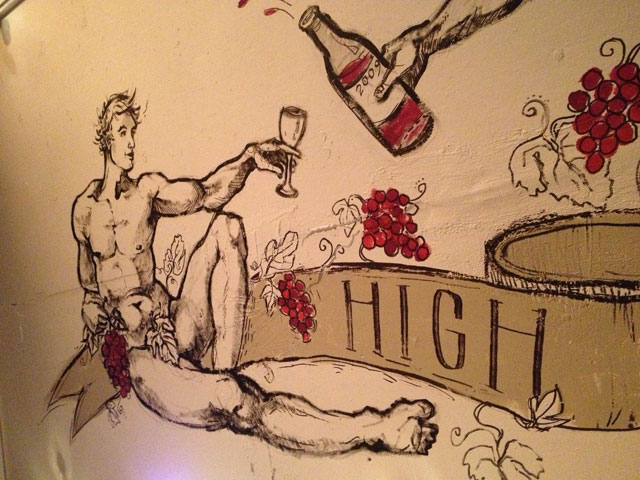 And God created… wine. High Timber’s wine-themed twist on Michelangelo’s iconic The Creation of Adam in the Sistine Chapel, on the ceiling of its wine-filled private dining room. 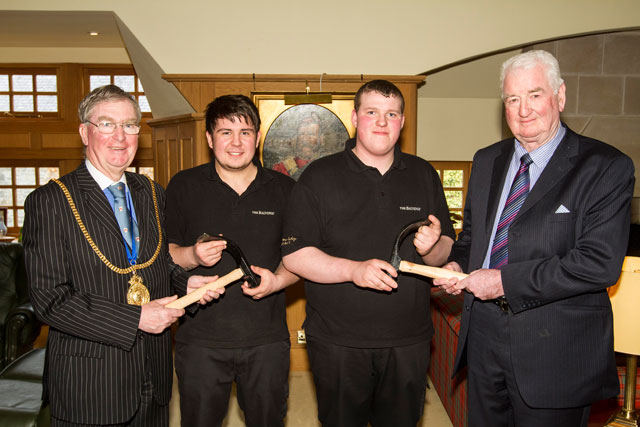 Deacon Iain Lockhart of the Incorporation of Coopers of Glasgow and John Gaffney of the National Cooperage Federation present apprentice coopers Kal Allen and Jason Taylor with their toolset in a ceremony at The Balvenie Distillery. The duo will spend the next four years serving their apprenticeships before sitting exams to become fully qualified coopers. 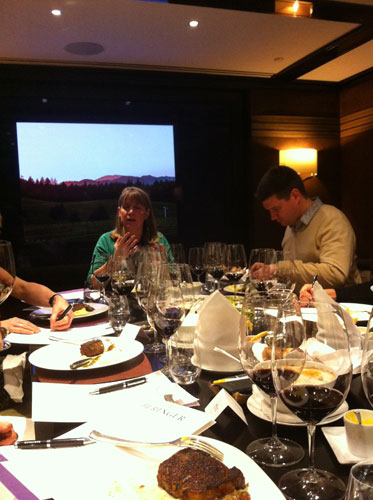 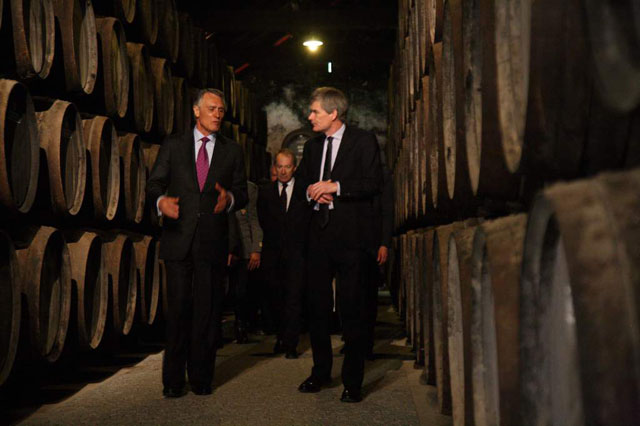 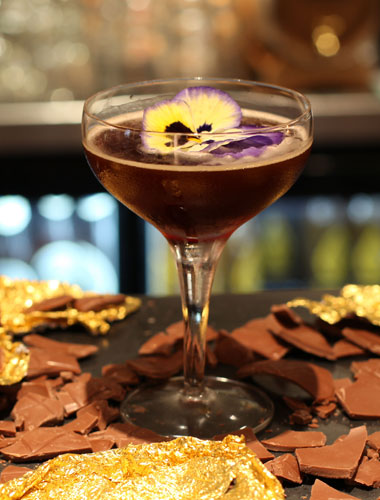 Mozart Distillerie has created a special Easter cocktail available in a selection of bars over the long weekend. The Honey Bunny is made using the Austrian dark chocolate liqueur, mixed with dark spiced rum, a generous helping of Amaretto and finished with honey and a drizzle of caramel sauce.