Lanson International’s second annual Champagne Category Report has highlighted strong consumer demand for more information about how individual brands taste, as well as a major area of missed opportunity in the UK on-trade. 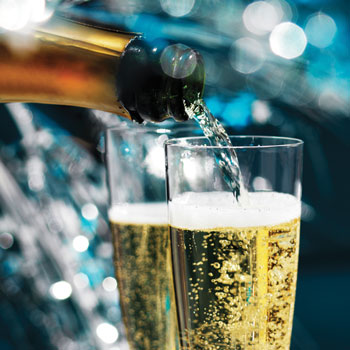 Despite CGA Strategy reporting that the UK’s top end outlets, which it classifies as “Platinum” and “Gold”, have the highest rate of sale for Champagne within the on-trade, the data analysts found that just 50% of these venues stock Champagne.

According to Lanson’s report, “if it were possible to achieve 100% distribution across these outlets, it would deliver a staggering estimated incremental value of £206.3 million to the category.”

Meanwhile research conducted by research firm Futuresights showed that 60% of consumers felt style or taste was the best way to categorise Champagne, compared to 28% who preferred the price-led model.

In addition, 86% of consumers said information about the taste would influence their choice of Champagne.

Describing Champagne as “a category dominated by style and image,” Paul Beavis, UK managing director of Champagne Lanson International, told the drinks business: “We have to dig beneath that and talk about taste.”

For Lanson, he admitted that trying to talk to consumers directly about the house’s signature non-malolactic fermentation is “nigh on impossible,” explaining that its focus lies instead in conveying the “fresh aperitif style” that results from this winemaking approach.

In addition to highlighting demand for more information about taste, the Lanson report recommended that retailers support this further by displaying their Champagne range by style.

Attributing Champagne’s -6.6% volume decline in the UK off-trade (Nielsen MAT to 02.02.13) to “a reduction in volume driving price promotions and a decline in retailer labels,” the report also stressed the importance of ongoing investment by brand owners.

Alongside this point it emphasised a need to provide “added value strategies”, including gift packaging or glassware, as an alternative to price promotion in order to reinforce consumer trust and loyalty to the Champagne category.

As for the challenge posed to Champagne by other sparkling wine categories, headline data showed a particularly strong performance by the latter in the UK off-trade, where it saw value growth of 10.5% and volume growth of 7.6%. By comparison, Champagne’s off-trade sales fell by -3.8% value and -5.9% volume.

The report linked this strong on-trade performance by Champagne to the boost from specific occasions, such as Valentine’s Day and Christmas.

With 40% of consumers indicating that a greater number of “occasions” would encourage them to buy more Champagne, followed by 31% who cited improved availability by the glass, the report picked out both factors as important growth opportunities for the category.

In addition to these main recommendations for growth, Beavis suggested that Champagne could further protect its customer base from sparkling wine erosion by presenting a broader stylistic picture than its most common brut expression.

Pointing to Lanson’s White Label sec, he told db: “A lot of consumers now are brought up on the slightly sweeter Prosecco style; demi-sec can be too sweet but sec bridges that.”

As for some of the house’s own initiatives this year, Beavis highlighted activity around the Wimbledon Championships, which will see the launch of neoprene cooling jackets in May, as well as the creation of an exclusive Wimbledon cocktail, Lanson Fraise. “It’s about trying to be innovative without being tacky,” he summed up.