Californian legend Paul Draper has been named the 2013 Winemakers’ Winemaker by the Institute of Masters of Wine and the drinks business. 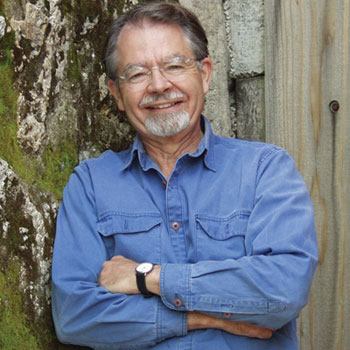 The award was presented at a ceremony at ProWein in Düsseldorf by Jean-Michel Valette MW, chairman of the Institute of Masters of Wine.

Recognising outstanding achievement in the field of winemaking, the award is now in its third year, with previous winners being Peter Sisseck of Dominio de Pingus and Peter Gago of Penfolds.

As chief winemaker at Ridge Vineyards in California since 1969, Paul was chosen as the recipient of this year’s award by a panel that comprised Master of Wine winemakers from all over the world and the previous winners of the award.

Paul said: “This honour means so much to me because of my respect for the Masters of Wine – and most especially for the winemakers among them, who have such a breadth of knowledge of wine as well as expertise in my chosen vocation.”

In particular the judging panel recognised Paul for an approach that has been characterised by an emphasis on traditional winemaking practices, sustainable agriculture and a sense of place. He has been a pioneer in the popularising of single estate winemaking in California, and was instrumental in the growing recognition of Zinfandel as an important regional grape variety.

Ridge Monte Bello 1971 achieved international renown when it was included in the famous Judgement of Paris tasting in 1976, in which Cabernet Sauvignon wines from California were shown to compare very favourably with top French wines from Bordeaux when tasted blind. In the 30th Anniversary tasting of the same wines in 2006, Ridge Monte Bello 1971 emerged as the winner.

Mr Valette said: “It’s a delight for me, as a fellow countryman, to be presenting this award to Paul Draper. Paul has done so much for winemaking in the United States, and, in his quiet way, has been a beacon of winemaking excellence and inquiry to so many. It’s a privilege to have this opportunity to show the respect in which he is held by his peers worldwide.”