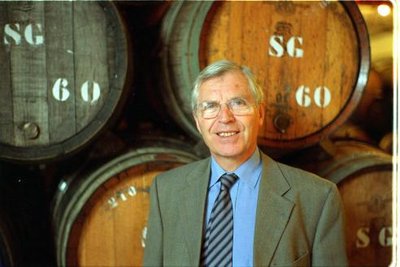 “It is with profound sadness that we learned yesterday of the passing of Henri Krug at the age of 76,” Krug’s CEO Maggie Henriquez said in a statement.

“Our thoughts  are with his family, especially his wife Odile and his five children, including Olivier, annd his brother Rémi Krug.

He ran the company from 1977 to 2002 and both before and after the takeover by LVMH in 1999, he was largely responsible for creating the status and prestige Krug enjoys today among Champagne’s elite.

His brother Rémi, with whom he worked closely, told French paper l’Union: “We always said we were two sides of the same fruit.

“He was calm, reserved, unassuming, modest and always ready to listen to other people.”

The two of them introduced Krug Rosé, Clos du Mesnil and Clos d’Ambonnay to the house’s range during their tenure.

When Henri retired he passed the torch onto his son Olivier – an equally well-known figure to all in the trade today – but remained on hand to give his advice when asked for and remained a member of the tasting team for each cuvée.

Despite eschewing a number of awards and medals, he held a great many posts in the region, including roles such as treasurer of L’Association Viticole Champenoise and president of the friends of the American Hospital.

“He had a great sense of commitment,” Olivier told l’Union, “Perfectionism guided his every action.”