Following yesterday’s Latour releases, some merchants and commentators have questioned the high premium, branding it “too high”. 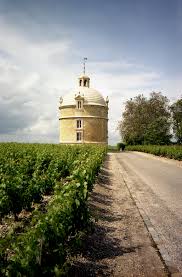 The basis of that premium was evidently that the wines have been stored in the château’s cellar all their lives, but merchants queried this saying that a wine stored in one warehouse its entire life would have just as good provenance.

“Is a guarantee of château cellaring any better than having never left Octavian for example?” asked Liv-ex director Anthony Maxwell speaking to the drinks business.

This view was echoed by Bordeaux Index founder Gary Boom, who told db that his clients would argue, “their stock stored in bond is every bit as good as ex-château.”

Furthermore, he thought that the premium, “was just too high. It (the mini campaign) was not a success from our point of view.”

He said he had bought and sold 15 cases of each wine, but that accounted for less than 8% of the day’s sales and with 15 traders on the phones.

He explained that the clients who did buy “aren’t at all price sensitive. To charge a 25% premium for ex-château wines didn’t work for our price sensitive clients.

“If you come out with Latour 2012 then sure you can set a high price because there’s none out there. We sell Latour en primeur very well.”

He said he had “no doubt” that Latour would declare the release a success but added it had probably been a “greater success for the négociants”.

Maxwell too looked at the price and concluded that as the ’95 has been trading solidly at just over £4,000 a case, he thought it unlikely the market would be “willing to take it to £5,000 and beyond.

“I don’t believe that there’s a market for excess château stock, particularly at that premium.”

He added that they would have to wait and see “but to me it looks choppy.”