James Bond whisky to be auctioned

A bottle of 1962 Macallan signed by Daniel Craig is to be auctioned for charity next month. 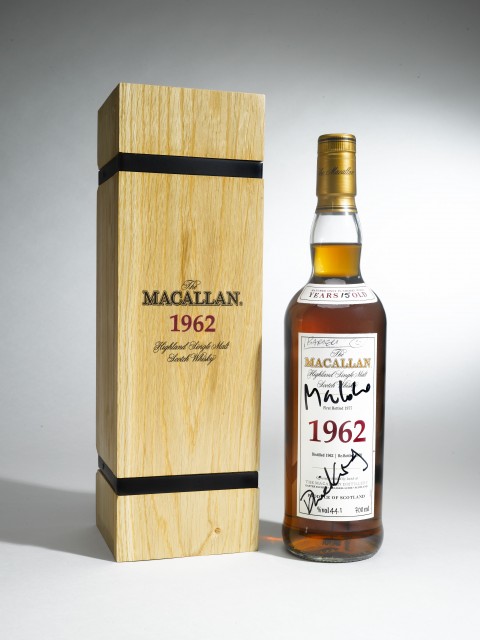 The Macallan (which appeared in the film) was distilled in the same year the first Bond film, Dr No, was released and has been signed by current Bond, Daniel Craig, Javier Bardem who played the villain in Skyfall and Bond Girl, Bérénice Marlohe.

The spy franchise celebrated its 50th anniversary in 2012 and the latest instalment Skyfall became the highest-grossing Bond film ever.

Ken Grier, director of malts at Edrington, owners of The Macallan, said: “Following on from The Macallan’s appearance in Skyfall, we are delighted to further our association with the Bond franchise with this charity auction.

“We are hopeful that the combination of the Bond link with the auction appeal of vintage Macallan will give us a great result.  The Government Communications fund is a very fitting recipient of the monies raised.”

The bottle will be auctioned as part of Sotheby’s London sale on 17 April and the bidding will open at £5,000.

The Macallan currently holds the record for the most expensive whisky sold at auction, the 64 year old in a Lalique decanter sold for £291,125 in New York in 2010.