Going back to nature: the UK’s first biodynamic vineyard

Sedlescombe Vineyard in East Sussex is a true pioneer of organic, and now biodynamic, viticulture. 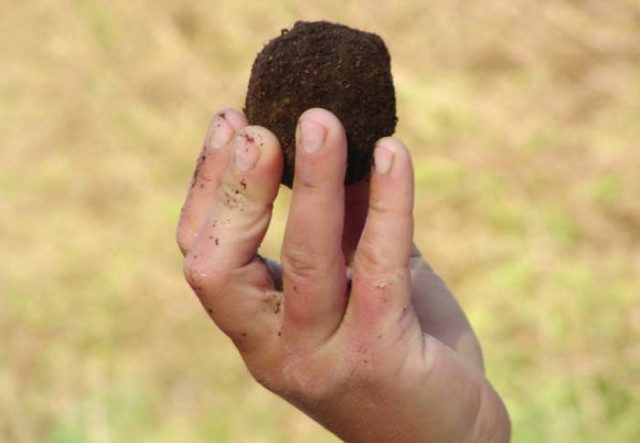 SEDLESCOMBE ORGANIC Vineyard in East Sussex likes being first. Not only was it the first vineyard in the UK to be certified organic in 1979, but it has recently released the UK’s first biodynamic wine, aptly named “First Release”, whose label features the moon, a nod to the incorporation of lunar and cosmic rhythms in the winery’s farming methods.

 A biodynamic first for the UK
In December 2010, Sedlescombe released the UK’s first biodynamic wine, aptly named “First Release”, a dry white blend of Bacchus, Rivaner, and Solaris. The label carries the image of the moon in a hat tip to the incorporation of lunar rhythms in the winery’s farming methods. The tasting note promises ‘tropical, zesty flavours of gooseberries, grapefruit and lemongrass’.

Owner, winemaker and eco-hero Roy Cook is passionate about producing wines as naturally as possible, in an holistic and sustainable environment. “I see biodynamics as an attempt to work as closely as possible in harmony with nature and natural rhythms,” he says. “Conventional farming seeks only to assert and dominate, with scant regard for the health of the soil, wildlife habitats and groundwater. It’s a minimum requirement for each generation to pass on to the next a natural world in at least as good a condition as it was when they inherited it.”

In 1974, Cook inherited 10 acres of land on a south-facing slope near Sedlescombe. Taking up residence in a caravan, he spent five years living a simple life of self- sufficiency, growing and selling organic vegetables. Intuitively anticipating the boom in English viticulture, in 1979 he planted 2,000 vines across 1.5 acres.

“I realized that it was quite possible to grow grapes successfully without using the array of chemical fertilizers and weedkillers most growers assumed were necessary. At that time there was over- production of many agricultural products – we had beef and butter mountains, and were throwing all these toxic chemicals at the environment to produce huge quantities of food, which in many cases was left unsold.” Set in the town of Battle, scene of the famous Norman Conquest, Sedlescombe Organic Vineyard now comprises three vineyards across 23 acres, including the vineyard at Bodiam Castle. Cook applies biodynamic principles on all his organic vineyards, and along with organic fruit wines, juices, ciders and liqueurs, the estate produces around 25,000 bottles of wine a year.

 The Sedlescombe range
• Regent Organic: produced from Regent vines planted between 2000 and 2005, this 11.5% abv dry red is matured in oak barrels for five months. Fruit-driven and medium- bodied, it has notes of plum, damson and black cherry.
• Cuvée Bodiam Brut: produced in the traditional method, Bodiam Brut is a 12.5% abv blend of disease-resistant Seyval Blanc and Johanniter. The latter is a Riesling cross with high acidity, making it ideal for sparkling wine.
• Cuvée Pinot Noir Rosé Brut: produced from the free-run juice of Regent, which is drained off prior to the pulp fermentation for making the red wine, the wine is then blended with Pinot Noir from the Bodiam Castle vineyard.
• Dessert Organic: produced from unchapitalized, late-picked Solaris grapes by chilling the crushed and de-stalked berries to 8C using dry ice, this 10% abv sweet wine has ripe peach and honey aromas.

Keen on experimentation, Cook has tried everything in the book in a bid to avoid synthetic fertilizers, pesticides and herbicides – his somewhat ambitious flame-weed approach nearly set the vineyard alight. A pioneer of “minimum interference” from grape to glass, Cook uses green manure cover crops to enrich the soil and improve wildlife habitats for bees, butterflies and birds, and silica-quartz extracts designed to promote macrobiological activity in the soil, improve fertility and enhance light uptake and photosynthesis through the plant leaves. “We intend to do more with composts, compost teas and other biodynamic preps in future years. We’re learning as we go along. Foxes, deer and badgers are our worst vine pests – we have to install temporary electric fencing to keep them out as the grapes ripen.”

Cook bases his winemaking techniques on an 1885 German Gothic textbook by Dr Julius Nessler, in which Nessler advocates a radical departure from conventional winemaking techniques, proposing ripe, de-stemmed and crushed grapes be added to the blend during fermentation to maximize body and bouquet. All grapes at Sedlescombe are hand-picked, and the winery uses only half the level of sulphites compared to non-organic wines.

“This year we will buy in ready- prepared horn manure from the Biodynamic Association, but hope to produce it ourselves from Sussex biodynamic dairy farmers soon,” says Cook. Conversion to biodynamic certification by the Biodynamic Agricultural Association (BDAA) began in spring 2010. Already operating as biodynamic in accordance with EU standards, all wines produced at Sedlescombe in 2010 will bear the Demeter symbol to signify their status.

In a bid to play a greater role in the biodynamic winemaking community, Cook has applied to become a member of “Return to Terroir”, a group put together by biodynamic wine pioneer Nicolas Joly of Château de la Roche aux Moines in Savennières, that aims to reassert the individuality and difference of biodynamic wines. Winemakers can only become members after completing two years as a certified biodynamic vineyard. In the meantime, Cook works closely with consultants from the Biodynamic Association, and has developed links with other Demeter-certified wineries in Europe, such as Weingut Peter Jakob Kühn in the Rheingau, Germany.

“One of the reasons I decided to convert to biodynamics last year was discovering ‘Return to Terroir’ and its 150 members worldwide, many of whom biodynamic dairy farmers soon,” says Cook. Conversion to biodynamic certification by the Biodynamic Agricultural Association (BDAA) began in spring 2010. Already operating as biodynamic in accordance with EU standards, all wines produced at Sedlescombe in 2010 will bear the Demeter symbol to signify their status.

In a bid to play a greater role in the biodynamic winemaking community, Cook has applied to become a member of were notable organic vineyards during the ‘80s and ‘90s, but had all chosen to go ‘supercharged’ and convert to biodynamics. Some of the members are prestigious vineyards producing very highly-rated wines. If it was good enough for them, it was good enough for us too.”