Ten percent of the proceeds from sales of the wines will go to the TransAfrica Forum, an advocacy group in Washington DC focused on improving African education and human rights.

The wines have been developed specifically to help raise funds for the group, with Glover, a longterm human rights activist, serving as an ambassador for the brand.

The seven-strong range of single varietal wines, including a Cabernet Sauvignon, Merlot, Chardonnay, Chenin Blanc and Moscato, are made at the KWV cellar in Paarl from grapes grown in the Western Cape.

Launched by Glover in Washington DC last month, the African Passion range is now on sale throughout the US priced at US$10 a bottle, with each of the wines featuring an outline of the African continent on the label.

“The wines were created to appeal to US consumers who are both entering the wine category and those who are looking for a good value,” said David Salmon, KWV’s US regional director.

“Our goal is to try to build the brand and sell as much as possible so that we can give more back to the charity and help drive Danny’s causes,” Salmon added. 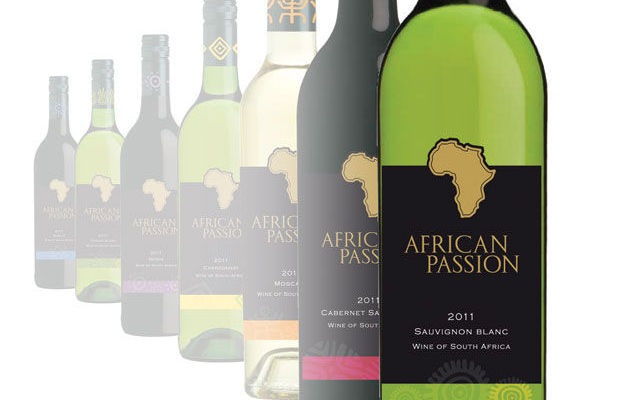 Salmon believes the partnership between KWN and TransAfrica is a natural fit.

“TransAfrica is one of the oldest African-American charities in the US. We tied with them because we’re very active in South Africa with educational and social issues, trying to drive improvements in society and the way people are treated,” he said.

Established in 1918, KWV represented South African grape growers and winemakers internationally and played a key role in organising and regulating the South African wine business until the end of apartheid in 1990.

It is now one of the largest wine and spirits companies in South Africa.

Salmon is hoping the collaboration will help educated consumers about South African wines in the US.

“Americans tend to not know a lot about South African wines, which goes back to apartheid and the embargos. US consumers have only been aware of South African wines for around 20-25 years, so the industry is at a disadvantage compared to a lot of other regions of the world,” Salmon said.

“While African Passion was developed primarily as a fundraising tool for the TransAfrican Forum, the brand will also help to raise awareness about South African wine in America,” he added.

A Unicef ambassador, Glover is most famous for his role as LAPD homicide sergeant Roger Murtaugh alongside Mel Gibson in the Lethal Weapon films.

In an acting career spanning 35 years, he has also starred in Predator 2, The Colour Purple, How Stella Got Her Groove Back and Dream Girls.