The Academy of Food & Wine Service has selected Eric Zweibel MS, cellar master at Summer Lodge in Dorset, to represent the UK in the 14th Best Sommelier in the World competition next month. 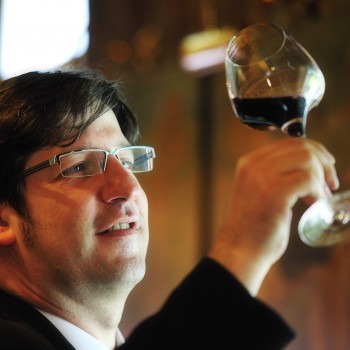 Zweibel previously competed in the Best Sommelier on the World competition as a representative for France in 2007. Describing it as “a great honour” to compete on behalf of the UK, he remarked: “The support I get from this country is very important to me.”

To prepare for the competition, which will be held in Tokyo, Zweibel is currently studying for four hours per day on subjects ranging from viticulture, winemaking and knowledge of a wide range of drinks. He has also been spending time in a number of different restaurant environments.

The previous winner of this triennial competition, Gerard Basset MS MW, headed the UK selection panel and will also sit on the judging panel in Tokyo. Praising Zweibel as “a very thorough and determined sommelier”, Basset said: “He has a great chance to do well and perhaps win too.”

Over 50 contestants will take part in the Best Sommelier in the World competition, which takes place from 27-29 March in front of an audience of more than 5,000 people.

Among other sommeliers competing this year is Isa Bal MS of The Fat Duck in Bray, who will represent his native Turkey.