Ireland, gin and Iberian gastronomy have collided at a new “gin and tapas” venue in central London. 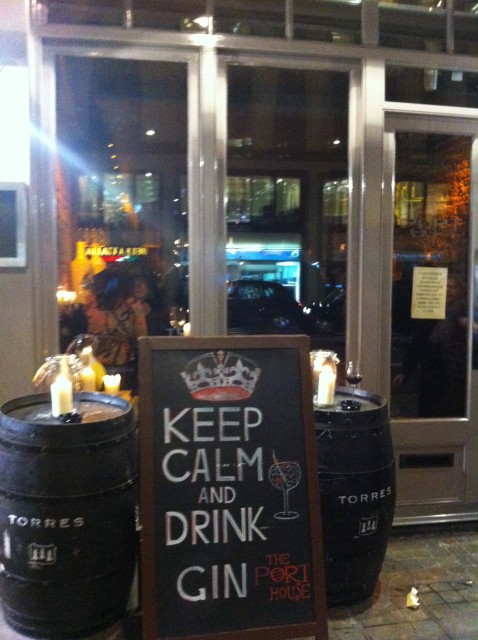 The Port House officially opened this week on the Strand, offering a range of speciality gins alongside Spanish and Portuguese wine, including a strong fortified focus. This drinks selection is accompanied by food inspired by both countries, but especially the Basque region of Spain.

Drawing on the popularity of gin in Spain, as well as a growing interest in the category within the UK, the ground floor offers a dedicated gin bar, which promises a range of “seasonally sourced” gins. These include Dingle Original Gin from County Kerry, which is distributed by the venue’s Irish brewery owners The Porterhouse Group.

An upstairs bar puts a greater focus on Port, offering 12 different styles and a selection of tasting flight options. Dominated by Warre’s, Dow’s and Graham’s from the Symington Family Estates portfolio, the range also includes a number of respected Portuguese producers such as Quinta do Crasto and Quinta do Vallado.

Most of the Ports are available by the glass, beaker or bottle, as is the small collection of Sherries and Madeira. The Port House also offers a wider regional selection of exclusively Spanish and Portuguese wines.

“It was always a dream to open a tapas restaurant, now we are toasting the success of our fourth,” commented Lee Sim, founder and co-director of The Port House chain on the launch.

“London has always been a hive of eateries from various different cultures and for us to open here and fit in so well, in the West End, is just fantastic,” he continued. “We are thrilled to have made this journey from the concept in Spain, to the inception in Dublin and across the Irish Sea to London to grow into an ever expanding marketplace.”

Originally established in Dublin in 2006, The Porthouse chain forms part of a wider international bar and restaurant portfolio owned by The Porterhouse Group. This includes the historic Fraunces Tavern in New York, VIP club Lillie’s Bordello in Dublin and The Porterhouse pub in Covent Garden, whose building backs onto this latest branch of The Port House.

Open from Monday to Saturday from 12 noon until 11pm, The Port House accepts reservations for groups of six or more.