A new report claims there is no scientific evidence to support the assertion that beer causes weight gain and has labelled the beer belly a myth. 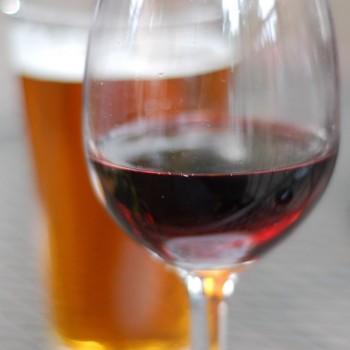 The report called “Beer & Calories; a scientific review” was written by nutritionist Dr Kathryn O’Sullivan and was sponsored by the beer industry.

Dr O’Sullivan claims that because beer has fewer calories per 100ml than wine, spirits and orange juice, swapping certain beverages for beer could be a sensible way to diet.

Although she does add that beer should still be drunk in moderation and if you consume large amounts of beer you will gain weight, but the same goes for those who consume significant quantities of wine.

Dr O’Sullivan told The Times: “Unfortunately beer has this image as a high-calorie, high-fat drink. It is very unfair.

The report concludes that swapping a standard glass of wine for a half pint of beer would save 40 calories and significant calorific savings would be made over a year by replacing two large glasses of wine a day with two bottles of lager. It also agrees that excessive alcohol consumption does impact on life expectancy but argues that there is growing scientific evidence to suggest that moderate consumption of beer can have some health benefits.

Dr O’Sullivan added: “Beer drinking in Britain has become regarded by many as a vice and not a component of a healthy balanced lifestyle. But this is contrary to the latest scientific evidence.

“Enjoyed in moderation, beer, like wine, can provide many essential vitamins and minerals and moderate consumption may also protect against many conditions such as heart disease, osteoporosis and diabetes.”