Rather than a post-work pint at the pub, Londoners are catching on to a more sophisticated after work drinking trend. 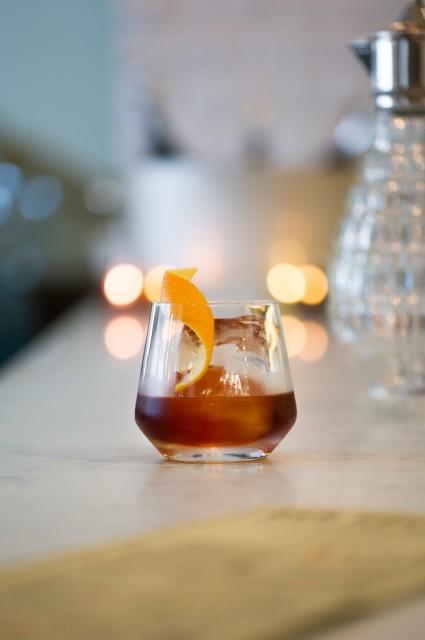 Inspired by the Milanese tradition of the aperitivo hour, where workers spill out of their offices around 6pm and into nearby bars to unwind with an apéritif like a Negroni or Aperol Spritz served with complimentary plates of antipasti, cured meats and cheeses before dinner, a number of forward-thinking London restaurants have brought the custom to the capital with their own takes on the tradition.

Deeply rooted in Italian culture, the aperitivo hour is as much about socialising as it is about eating and drinking.

Inspired by the recent surge in interest for Italian bitters like Campari, Aperol, Fernet Branca and Antica Formula, aperitivo hour offerings are popping up across the capital in various vivid guises, leading Grupo Campari, which owns the Campari and Aperol brands, to report strong UK sales in 2012.

Read on for our round up of the top 10 aperitivo hour cocktails currently being shaken and stirred in London, and where to drink them. An in-depth look into the aperitivo hour trend in London appears in the February issue of the drinks business. 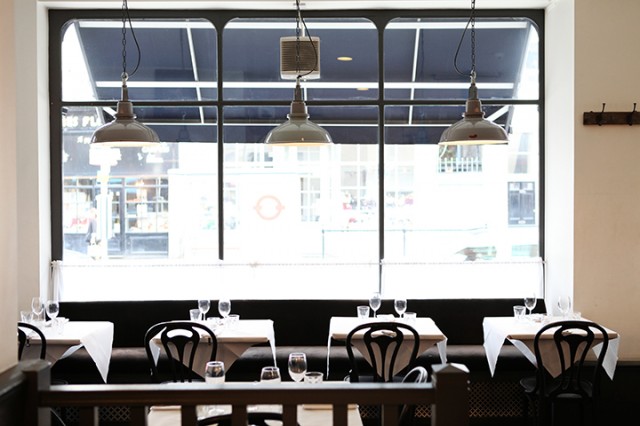 Literally meaning a “wrong” Negroni, the Sbagliato is a lighter sister to the full throttle Negroni due to the addition of Prosecco in place of gin. The cocktail was born of a happy mistake at Bar Basso in Milan in the ‘60s, when, in attempting to make a Negroni, the barman grabbed a bottle of Prosecco instead of gin by accident. An instant hit, the cocktail went on to become the bar’s signature drink. North London Italian restaurant Trullo’s version is a mix of Campari, quince liqueur, orange bitters and the all-important Prosecco. 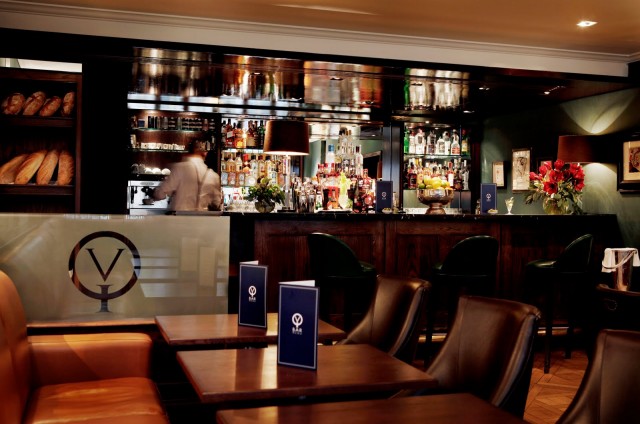 Created last year to coincide with the relaunch of Sam and Eddie Hart’s Soho institution Quo Vadis under new head chef Jeremy Lee, the QV Aperitivo is a nod to the glamour of Venetian haunt Harry’s Bar in its heyday. The brainchild of head bartender Paul Mant, Quo’s take on the aperitivo cocktail combines Campari, clementine juice, lemon juice, syrup and cava, with the bitterness of the Campari balanced out by the sweetness of the syrup. Interestingly, Mant uses Spanish sparkler cava instead of Prosecco, perhaps in a hat tip to the Hart brothers’ Spanish mother. 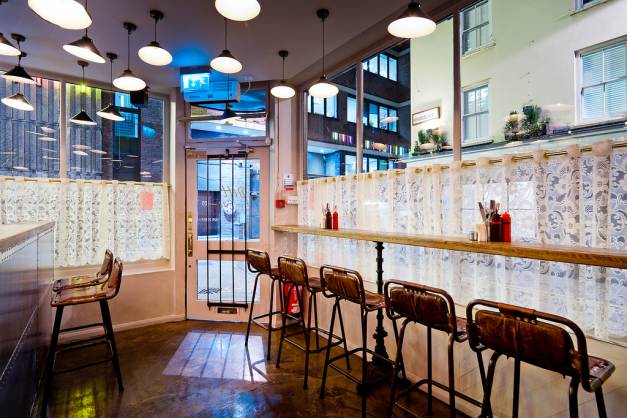 We heard through the grapevine that the LBC is a staff favourite at pulled pork specialists Pitt Cue Co in Covent Garden. A heady mix of lime, Bourbon and Campari, it makes for a bitter but refreshing pre-dinner drink. Also on the menu at Pitt Cue Co is signature apéritif, the Pickleback and Skin, a two shot drink of Bourbon followed by pickle brine, served with a cup of pork scratchings. The Pickleback is thought to have originated in Brooklyn, with the brine supposedly neutralising the burn of the alcohol.

7: Death in Venice at 69 Colebrooke Row 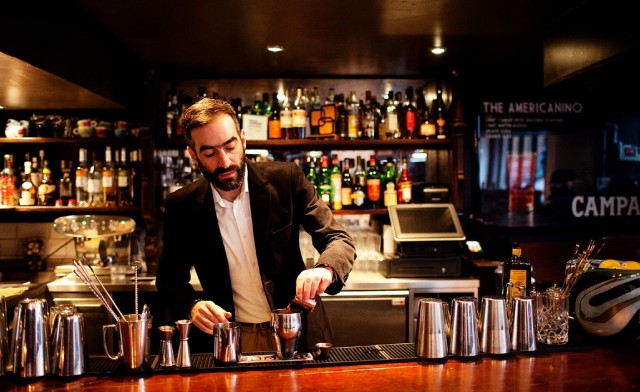 Mixed by bowtie-wearing cocktail maestro Tony Conigliaro at his pocket-sized Islington cocktail bar, self-styled as “the bar with no name,” Conigliaro’s aperitivo hour offering, served in a flute, is a glinting, spritzed up version of the Sbagliato combining Campari, Prosecco and homemade grapefruit bitters topped with an orange twist. The cocktail is inspired by the 1971 Visconti film of the same name starring Dirk Bogarde, itself an adaption of the Thomas Mann novella about passion, confusion and degradation in early 20th century Venice. 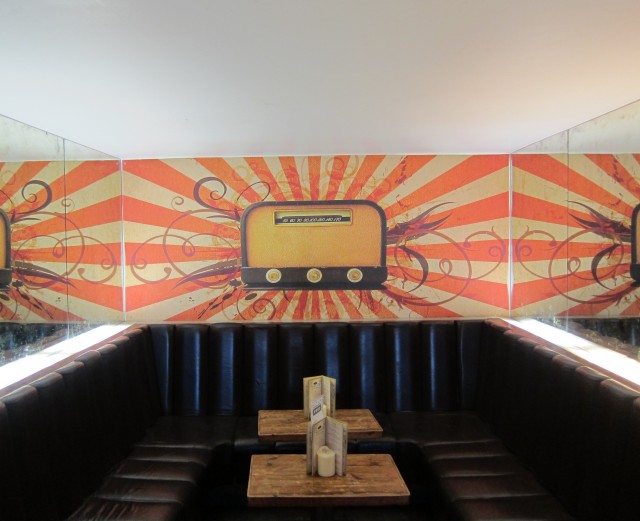 Popping up in trendy bars across town, the key to a good White Negroni is the addition of bitter French liqueur Salers Gentiane, made from distilled yellow gentian, a herbaceous plant with yellow leaves. Less intense than Campari, it brings more to the table than bitterness, with complex, earthy flavours and hints of dark chocolate and artichoke. Portobello Star barman Jake Burger’s version is made from Salers Gentiane, grapefruit, Lillet Blanc and Sipsmith gin, the latter chosen for its strength of character and ability to stand up to the might of the Salers Gentiane. 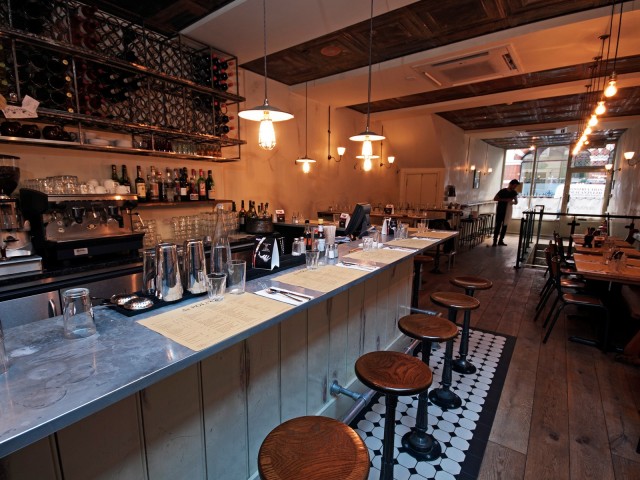 Tireless restaurateur Russell Norman has a dedicated bitters bar at each of his three Polpo sites: the Campari Bar in Soho, the Aperol Bar in Covent Garden and the Negroni Bar in Smithfield. “Polpo is my tribute to the Venetian bacaro where they serve sharing plates and Italian bitters. Locals enjoy an Aperol Spritz before dinner in Venice, so it was always going to be essential to Polpo,” Norman says. Staying faithful to the original, da Polpo’s spritz’ are a mix of Aperol, Pinot Bianco, soda water and lemon, finished with an olive garnish. 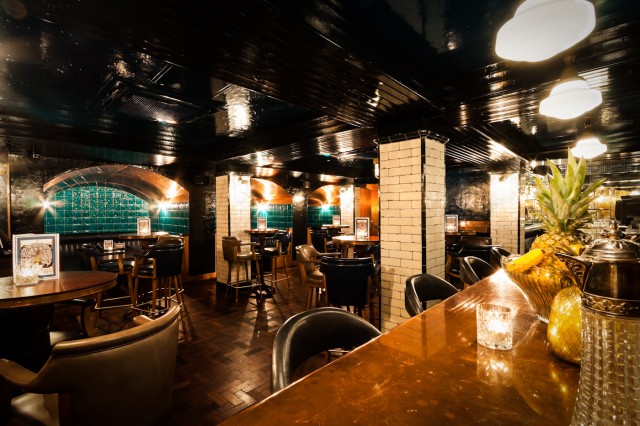 Having gained a reputation for the quality of its cocktails as much as for the quality of its homegrown beef, Hawksmoor Spitalfields’ Negroni is a subtle take on the classic, featuring No.3 Dry Gin, Campari and Cocchi Americano, a delicate vermouth from Asti that dates back to 1891. The cocktail takes its name from the area of London where No.3 Dry Gin’s maker, Berry Bros & Rudd, is based. Not to be outdone, Hawksmoor’s newest site on Air Street boasts a plethora of pre-prandial bitters, including the Sinking Spritz and the Hawksmoor Collins.

3: Blushing Monarch at The American Bar at The Savoy 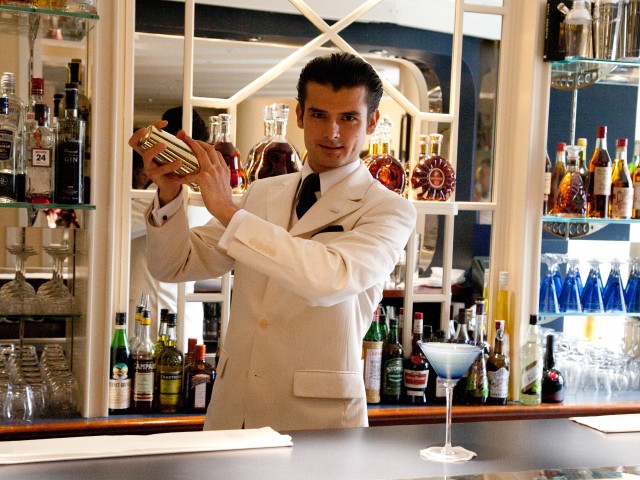 Created in 1981 when Princess Diana tied the knot with Prince Charles, the Blushing Monarch made its way onto the menu at The American Bar at The Savoy under bartender Salim Khoury, who won the UK Barman of the Year competition with it in 1992. The ruddy-coloured concoction is a mix of Bombay Sapphire gin, Campari, blood orange, passion fruit and a squeeze of fresh lime juice. Khoury has since moved on, handing over his shaker duties to one of our mixologists to watch, Erik Lorincz, currently the man in the white coat to know behind the bar.

There’s nothing half-hearted about Brunswick House Café’s take on the Negroni. Made from a mixture of Navy Strength Plymouth gin, Carpano, Antica Formula and Campari, as the name suggests, only serious drinkers need apply for the Negrown-up. The quirky Vauxhall restaurant is located in an architectural salvage shop in a Georgian mansion harking back to Vauxhall’s time as a pleasure garden. The décor is formed of a jumble of curios, including church pews, urns, chandeliers, mirrors, antique tables and maritime flags, all with price tags attached. 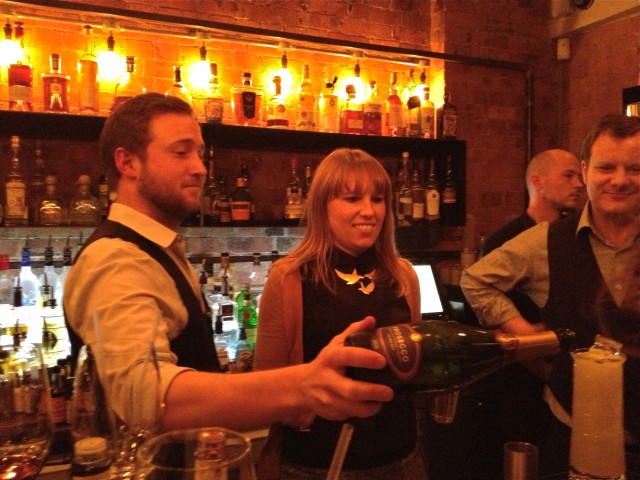 You’d have to be a diehard Top Gun fan to get the subtle reference in the name. The creation of mixologist to watch, Swedish-born Oskar Kinberg (far left), at his eponymous bar at über trendy small plates restaurant Dabbous, the Anthony Edwards is named after the actor who plays Goose in Top Gun. A fusion of Grey Goose L’Orange vodka, Campari, blood orange, lemongrass, lemon juice and sugar, Oskar also offers an Aperol Spritz with cream soda, but is particularly proud of his Goose juice. His next trick? Barrel-aged Negronis.