Figures just released for Champagne shipments to the end of 2012 show a global decline of almost 14.2 million bottles, representing a 4.4% drop. 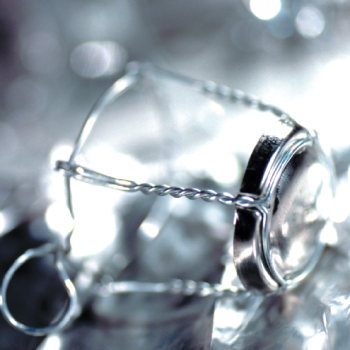 In percentage terms, growers suffered the greatest decline, falling 5.3% in volume, compared to a 4.2% drop for the houses and a 3.5% decline for the cooperatives during the course of last year.

“Growers have been the most affected category, because during the Champagne boom they increasingly commercialized their own wine, but in the flight to reassurance they have really suffered… the Champagne market is driven by brands,” he said.

Looking at the volume figures in more detail – although exports by individual country have yet to be released – the European Union has seen the greatest drop, falling 7.1% over the last 12 months, from 82.3m bottles in 2011 to 76.4m in 2012.

Domestic market France has also endured declines, with over 10m fewer bottles ordered by French retailers and restaurants in the last year, representing a 5.6% decrease to 171.4m bottles.

On the other hand, the total shipments to countries outside the EU has risen 3.2% to almost 61m bottles, accounting for a record of nearly 20% of the global market.

In essence, the figures reflect the economic troubles of a recessionary Europe, and the better performance of emerging and mineral-rich countries.

However, such is the scale of Champagne’s largest markets, France and the UK, that declines in these countries affect the region’s overall performance.

In particular, France, which accounts for almost 56% of the total market for Champagne, has seen falling sales during 2012, particularly December, when shipments fell 8.8% compared to December 2011.

Such a performance is in contrast to the recession of 2008 and 2009, when France sustained its Champagne consumption, absorbing some of the stock from declining export markets.

Meanwhile, in the UK, consumers bought 7% less Champagne in the off-trade during 2012 according to Nielsen, with a marked decline in sales, like France, during the last month of the year.

Hawes at Mentzendorff blamed the UK volume decline on a reduction in the amount and depth of discounting on Champagne in retailers during the key, pre-Christmas sales period.

“It is clear that there was less discounting activity,” he said.

According to Hawes, this was because the UK’s major multiple retailers lacked the access to the same high levels of inexpensive Champagne stock compared to previous years.

He also suggested that a reduction in high-low promotions on alcohol were connected to increased Government pressure on supermarkets to retail drinks more responsibly, as well as new guidelines on promotional mechanics from The Office of Fair Trading (OFT), including a new set of principles agreed to by the majority of Britain’s major multiples in November last year.

Looking ahead, Hawes said he believed that a reduction in the amount of high-low price discounting to sell large quantities of Champagne was here to stay.

“I believe it will continue and intensify,” he said. “It is part of a broader trend for the UK to shift back towards a value-driven rather than volume-driven market, both because of increasing constraints on supply and increasing pressures on retailers to find other ways to sell.”

Although the full figures for shipments by value have yet to be released, the CIVC said that turnover in 2012 was €4.37 billion, which the organisation described as “stable”, and reflecting an increase in the average price of Champagne.