The distributors of Buckfast are taking legal action in a bid to stop anti-crime labels being stuck to bottles of the tonic wine. 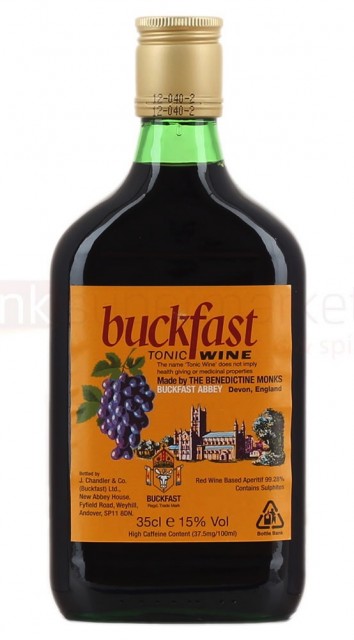 J Chandler & Co applied to the Court of Session in Edinburgh this week for an interdict against Strathclyde Police to prevent bottles of Buckfast being made to carry anti-crime labels.

The company has accused Scotland’s largest police force of “ethnic cleansing”, arguing that the stickers would stigmatise the Buckfast brand.

The Glasgow-based Strathclyde Police force has asked a number of off-licences and convenience stores and to apply the small, round stickers to bottles, which will allow them to track where a bottle is bought, making it traceable if it is then involved in a crime or found to be in the possession of an under-age drinker.

It is up to retailers whether or not they use the labels, which carry the words: “Strathclyde Police bottle mark”, on the bottles of Buckfast they sell.

J Chandler’s lawyers will ask a judge to find that the force unlawfully encouraged retailers to label bottles of Buckfast or withdraw the product from sale.

If the case is deemed competent, Strathclyde Police will be summoned to respond.

According to the police force, between 2006-2009, Buckfast – which is produced by Benedictine monks in Devon – had been mentioned in 5,636 crime reports.

Despite the statistic, J Chandler believes it is being discriminated against.

“It is a form of ethnic cleansing of alcohol brands the police and politicians don’t like.

“If we went away, are they going to say the problem will disappear? It doesn’t add up,” Jim Wilson, a spokesman for J Chandler, told The Scotsman newspaper.

“What concerns us is that the law-abiding person who buys our product and enjoys it gets stigmatised by this scheme,” Wilson added.

Les Gray, former head of the Scottish Police Federation, said those behind the tonic wine had a duty to recognise and prevent the antisocial behaviour linked to the product.

“Buckfast, the distributors and the lawyers who act on behalf of the monks refuse to take any responsibility for the antisocial behaviour caused by the consumption of Buckfast,” Gray told The Scotsman.

“Buckfast is a scourge on the young folk – they drink it to excess because of the alcohol and caffeine content, and basically it drives them crazy.

“They spend half the night running amok, engaging in antisocial behaviour. It’s seen as a badge of honour,” Gray added.

Buckfast enjoyed record sales of over £39 million in 2011-2012. Benedictine monks at Buckfast Abbey in Devon have been making the tonic wine, based on a French recipe, since 1890.

In 2010, the drink, known in Scotland as “Buckie, “wreck the hoose juice” and “commotion lotion” rose to become the UK’s biggest selling fortified wine brand.