US brewer launches beer for dogs

An Oregon brewer has created a beer aimed specifically at dogs. 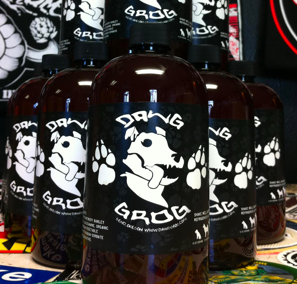 Daniel Keeton, who works in the tasting room at Boneyard Brewery in Bend invented “Dawg Grog” after seeing how much his dog Lola enjoyed beer.

The brew is now being sold in local shops and is available online for US customers, priced at $36 for a six pack.

“Two things that have become part of the Bend lifestyle are beer and dogs,” Doug LaPlaca, CEO of Visit Bend, which stocks the beer, told KTVZ. “So to create something that would take advantage of the two we thought was a brilliant idea.”

This is not the first beer to be crafted with dogs in mind. Last year the drinks business reported that a UK pub had started selling a beef flavoured beer so that owners didn’t feel they had to leave their pet at home when they went out for a pint.