The early drinking appeal of Burgundy’s 2011 vintage may further encourage a shift that is already being exacerbated by supply shortages towards consuming these wines at a younger age. 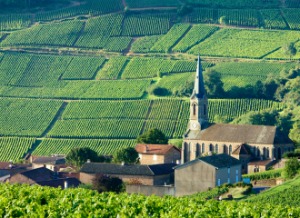 Speaking to the drinks business, David Gleave MW, managing director of Liberty Wines, said his company had used the recent run of good vintages in Burgundy to build up stocks in anticipation of supply pressures.

“For the last couple of years we’ve been buying slightly more than we needed so that we have some older stock, which the restaurants like,” he explained.

Despite 2011 failing to generate the same widespread critical acclaim of 2010 and 2009, Gleave anticipated a successful en primeur campaign, warning: “If you’re planning ahead, there’s not going to be much wine around in 2012.”

With the small 2011 vintage due to be followed by an even more diminished 2012 harvest – “some villages were down by 60% and prices will go up too,” noted Gleave – these production issues are heightened by growing demand for Burgundy within Asia.

“Some of our producers like Gallois could sell all their wine to China,” observed Gleave, adding that even ahead of 2012’s release, “prices are going up all over Burgundy.”

As a result of these pressures, he suggested: “It will accelerate the trend that’s been happening anyway of people drinking Burgundy younger.”

Linking this move to a longer term stylistic shift within the region, Gleave remarked: “People have been making Burgundy to be drunk younger anyway.” He also noted some controversy at this change, observing “some say it’s not aging so well.”

Gleave also agreed that supply shortages could shine a spotlight on less well known corners of Burgundy. “People will be looking for those Ladoix and St Romain wines,” he suggested, adding that, in the case of white wines, “it’s going to be a great time for the Côte Chalonnaise and Macon.”

As for looking to satisfy Burgundy fans with Pinot Noir from other parts of the world, Gleave said: “It would be nice if Germany could make a comeback.” However, he expressed doubts about the ability of some popular New World countries to fill the gap, remarking: “There’s very nice Pinot Noir in New Zealand, but whether it’ll satisfy Burgundy drinkers, I don’t know.”

Despite current concerns within Burgundy about the recent spread of the esca virus, Gleave played down this further threat to supply. “I remember it hitting Italy 20 years ago and everyone thought it would be the end,” he recalled. “Like brett, it’s just a matter of identifying and containing it.”