Last year, Norwich-born astronomer Ian Hutcheon, manager of Tremonte Vineyard in Chile, released a Cabernet Sauvignon that had been aged with a 4.5 billion-year-old meteorite from the asteroid belt between Mars and Jupiter, which formed during the birth of the solar system. Meteorito 2010 is soon to go on sale in the US as Hutcheon continues his search for a UK importer. 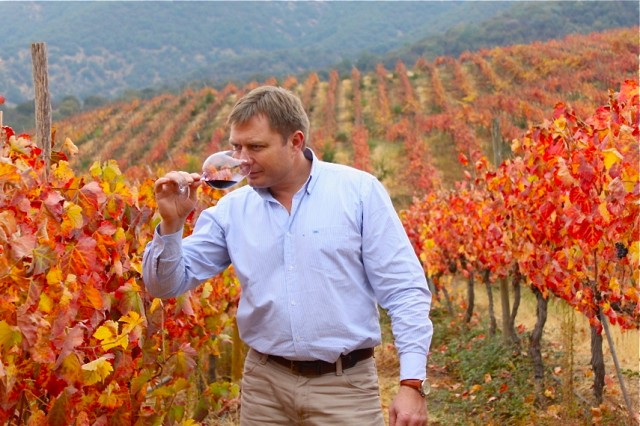 Where will the wine be on sale in the US and when?

Sommelier Imports in New York has ordered 75 cases and Turner Wine Imports in North Carolina would like to begin with 100 cases. The wine is expected to go on sale in the US in March after we get final approval from the Bureau of Alcohol, Tobacco and Firearms. The meteorite element has slowed down the application process. It’s already on sale in Ontario, Canada, via the LCBO, and I’m open to exporting it to all US states.

How did you decide on the $20 price tag?

I wanted to be fair. The wine is a Reserve level and would compete with most US$20 Chilean wines. The extra-terrestrial element adds value but it didn’t add much to the production cost, so I thought the astronomical touch should only affect the wine and not the price.

Will Meteorito Cabernet Sauvignon 2010 go on sale in the UK?

Being from Norwich, I’d love the wine to be sold in the UK and am on the lookout for a UK importer. I envisage selling it for around £10 a bottle. It was tasted on the BBC programme Stargazing Live, which was a great honour. If it does go on sale in the UK, I’d be keen to do some events and tutored tastings revolving around astronomy, which seems to be quite fashionable at the moment thanks to the likes of Brian Cox.

Have you made a 2011 vintage of the wine with the same meteorite?

The first batch of the 2011 vintage has already been bottled and 2012 is also being produced. I have four other meteorites that have the same properties as the original, all of which were formed during the birth of the solar system 4.5 billion years ago. We’re beginning with a 10,000-litre run of the 2011 vintage but have barrel aged enough wine to create 50,000 litres if we need it.

Is the wine available in any other export markets?

For some reason, people have gone wild for Meteorito in Brazil. They love the story, which has led to TV appearances across the country. A guy called Humberto Heidrich imports it. He owns a “wine castle” called La Charbonnade where Brazil’s high rollers can fly their private jets into the entrance, pick up a bottle of wine and fly home. During a visit to Tremonte, Heidrich asked if I’d create a special Meteorito Grand Reserve cuvée for La Charbonnade, which I’m working on at the moment.

Were you surprised by the press reaction to the wine?

Do you think the meteorite genuinely affects the taste of the wine?

In a blind tasting with industry colleagues, we concluded that the meteorite infused wine felt fresher and livelier than the other wines.

And finally, do you have any other wacky wine projects on the go?

Yes! My latest wine project is Sacrificio: a Cabernet Sauvignon, Carmenère and Syrah blend sacrificed to the Inca Gods. The bottles are mummified in cloth, placed in wooden boxes and nailed shut. On the Autumn Equinox they are taken to the top of Mount Tunca (meaning cemetery in Inca) and buried in different parts of the peak.

The wines are left there as a sacrifice to the Inca Gods during the winter, and from the Spring Equinox onwards, visitors have the chance to hike from the observatory to the top of Mount Tunca. When they reach the peak, with the help of a map they must find the location of their sacrificed wine and dig it up.

There are over 200 bottles currently buried at the peak. Mount Tunca is a fascinating place. The area was the first human settlement in Chile – fossilized footprints remain to this day, and blue eagles and condors circle the skies.