As part of an attempt to compete with New Zealand Sauvignon Blanc, Australia has renewed its focus on the quality and style of its Semillon and Sauvignon. 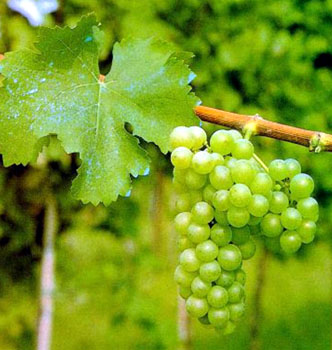 Although its proving hard work to convince consumers at home to abandon Kiwi Sauvignon – now the best-selling white wine in Australia – winemakers Down Under are investing in a range of approaches, some opting for opulent barrel-aged Semillon-Sauvignon blends, others for leaner citrus-scented varietal examples of either grape.

Considering varietal wines first, one high profile approach was Australian Vintage’s creation of The Semillon Blanc – a product launched in May 2010 using Semillon from 25 year-old vines in mid New South Wales and Sunraysia.

As previously reported by the drinks business, the wine was created specifically to take on Kiwi Sauvignon Blanc, and could be described as a sort of Semillon on steroids, with more weight and youthful appeal than normally found in wines from Semillon’s classic home, the Hunter Valley.

“New Zealand has done a fantastic job with Sauvignon Blanc and it’s going well in Australia and the UK… we need to give them a bit of stick,” Neil McGuigan from Australian Vintage told db in an exclusive interview ahead of its launch in May 2010. 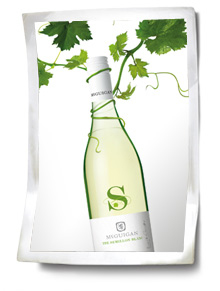 Then, speaking to db last month, Julian Dyer, general manager in the UK and Europe for the same company, confirmed that the Semillon Blanc was now selling 40,000 cases annually, and had doubled the Semillon category in the UK specifically.

Dyer was also full of praise for Semillon from The Hunter Valley, stressing that, “It tastes great when it’s young and ages beautifully.”

As pointed out in the January 2012 edition of the drinks business, Hunter Valley Semillon – with its naturally low abv, high acidity, and capacity to develop a toasty complexity over many years in bottle – is a true original in the world of wine.

As for taking on the Kiwis using the Sauvignon grape, Michael Hill-Smith MW of Shaw + Smith in the Adelaide Hills, is reporting sales success for his varietal Sauvignon Blanc.

However, selling between AU$18-25 a bottle domestically, the wine can’t compete on price with Kiwi Sauvignon which retails primarily for AU$12-15, according to Hill-Smith.

Elsewhere in Adelaide Hills, according to the highly respected consultant, winemaker and Tapanappa owner Brian Croser, “Geoff Weaver makes the best Sauvignon Blanc in Australia by the length of a street.”

Moving away from varietal wines, some are using Semillon and Sauvignon to recreate styles more closely resembling SSB and SBS blends found in Bordeaux’s Graves region.

These are wines designed not only to prove Australia can produce ageworthy fine wines using Sauvignon Blanc, but also provide a point of difference from New Zealand.

A notably impressive example can be found in the Adelaide Hills at The Lane, where a label called the Gathering is made using Sauvignon and Semillon aged in 500 litre oak puncheons.

“If someone said ‘what is the wine that sets you apart?’ then I would say ‘this one’,” said The Lane’s vineyard manager Marty Edwards of the Gathering, adding “Put an oyster in front of it and it would jump out of the shell to get in the glass.”

Speaking of the growing conditions, he admitted, “It should in theory be too hot for Sauvignon Blanc but we pick in three stages – early, middle and then another little bit two weeks later, and the grapes only have to travel 10ft to the winery.

In terms of market reception, he says that he had to delist the wine in London’s Michelin-starred Chinese restaurant Hakkasan not because the label wasn’t selling, but because he couldn’t keep up with demand.

“It was on pour by the glass in Hakkasan but we sold over 800 bottles in three months at £11 a glass… so I had to delist it.”

Indeed, while some producers are grafting over Sauvignon Blanc to a range of other white grapes, particularly Pinot Gris, Edwards is putting in more Sauvignon for his Gathering blend, and has just bought an additional 1.6ha vineyard planted to the variety.

Margaret River is of course the more usual home for the Sauvignon-Semillon combination and producers such as Fraser Gallop, McHenry Hohnen, Cape Mentelle, Stella Bella, Vasse Felix and Voyager Estate are using varying proportions of new oak to give the wines texture and complexity.

Indeed, Voyager Estate’s winemaker Travis Lemm believes that the producer’s SSB blend called Tom Price, was, in 2012, the best wine made on the property.

Nevertheless, as Jarred Olsen, red winemaker at Vasse Felix says, “The white Bordeaux SSB style is not on the up [in Margaret River] because people in Australia don’t understand it.”

Such a view is echoed by Liberty Wines MD David Gleave MW in the UK, who represents the wines of Margaret River’s biodynamic pioneer, Vanya Cullen.

“Cullen’s Semillon-Sauvignon is a great wine and ages beautifully, but it’s only a niche market for these wines at the moment,” he admits, sadly.

Benefitting from a rebate on Australia’s wine equalisation tax (WET), and its immediately recognizable and popular taste, the Kiwis are leaders in the white wine category, and, according to Edwards at The Lane, Oyster Bay Marlborough Sauvignon Blanc is in fact the best selling wine in Australia.

But Yalumba chief winemaker Louisa Rose believes the Barossa has a secret weapon ready and waiting to sate Kiwi Sauvignon drinkers should their tastes change.

As she told db, “So many of us have held onto our old vine Semillon in the hope the world would wake up to the variety – so if someone makes a Sideways for Semillon, there are around 160 wineries in the Barossa ready to turn it on.”

Other Australian wine trends already featured on thedrinksbusiness.com include:

Numbers 5 to 1 will feature over the next few days.