While Chardonnay and Shiraz have undergone a dramatic stylistic shift, and Pinot Noir a quality revolution, Australian Grenache is also on the move, heading upmarket in image and price, helped by gentler cellar practices.

Change may not be sensational, but an increasing appreciation for Grenache’s qualities is important for Australia – key international varieties such as Chardonnay, Shiraz and Pinot Noir, as well as Cabernet Sauvignon, have widespread and truly global competition, while Aussie old vine Grenache, particularly from McLaren Vale, has few competitor regions outside France and Spain.

As D’Arenberg senior winemaker Jack Walton says: “There is an opportunity to really make a mark with Grenache… and McLaren Vale is one of the great regions in the world for Grenache.”

This comes from the region’s Mediterranean climate, diverse, ancient soils, as well as “gnarly old vines, with their tiny yields and tiny berries”.

Summing up, he says, McLaren Vale “makes a distinctive style, it has a stamp, it produces structured wines that are gritty but fine”.

He also notes further characteristics. “Grenache is the most marked by vintage … and it seems to talk of site more than any other variety.” Such traits explain why Grenache is commonly described as warm climate Pinot Noir.

In terms of its market appeal, Liberty Wines MD David Gleave MW says that Grenache is the best selling variety from McLaren Vale’s Willunga 100 range – a label founded in 2004 by himself, Michael Hill-Smith MW and John Ratcliffe.

Continuing he observes: “McLaren Vale’s exciting because there’s enough heat but also a moderating influence from the sea which slows ripening and allows the aromatics to develop.”

Similarly, Wirra Wirra senior winemaker Paul Smith notes that McLaren Vale makes Grenache to a “world-class standard”, and stresses certain beneficial stylistic changes: “People are not picking Grenache as ripe as they used to and they are using less new oak, or taking it out of oak earlier to capture the brightness.” 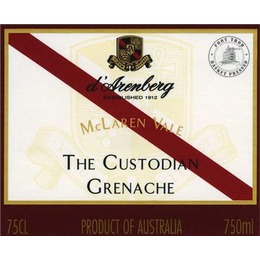 Meanwhile, both Geoff Merrill and Mark Lloyd, at Coriole Vineyards, talk of a Grenache comeback, with the latter commenting: “People are now planting Grenache [in McLaren Vale]; 20 years ago they were pulling it out.”

However, Gleave warns: “Australian Grenache is distinctive, but with younger vines you do tend to get a lollipop character, and it does need low-vigour soils.”

Displaying frustration, Walton says that Grenache has suffered from being in Shiraz and Cabernet Sauvignon’s shadow and believes McLaren Vale specifically has failed to properly promote Grenache’s fine wine capabilities.

“But as a sign this is changing, he adds: “Grenache is now unashamedly priced at the same level as top Shiraz. It was the poor relation.”