The notoriously cool and wet 2011 vintage in south Australia left many producers short of grapes, while accelerating a move towards leaner wine styles and reminding the world that not all the country’s harvests are the same. 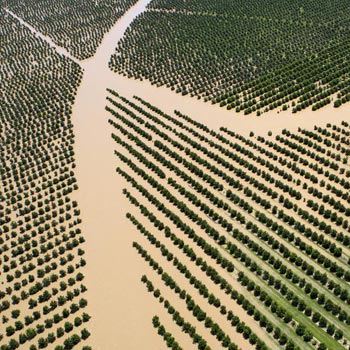 It was also a vintage which drew attention to some of the country’s top producers – only the best were able to handle the challenging conditions in the vineyard and cellar and still make good wine.

“It was an important vintage for us to have because anyone with skill came through ok,” said Tessa Brown, winemaker at Mornington Peninsula’s Kooyong, speaking to db about the effect of 2011.

“2011 has encouraged people to follow the good producers,” she continued.

She also said that it has helped dismantle the myth that all Australian harvests are similar.

“I hope from 2011 people will get the idea of vintage variation, that it’s part of our story,” she added.

As for the stylistic impact, Brown believes the lighter and higher acid whites that were made in 2011 will have a long future, particularly the Chardonnays.

“2011 Chardonnay [in Mornington] is likened to Chablis, and the 2011s are probably the closest we have made to something Burgundian… I would love to see what people will be saying about 2011 in 4-5 years time when the wines have some bottle age,” she said.

“In 2011 we had rain and it was cold, and there was a race between rot and ripening, and the rot won,” he began.

As a result, he made no Pinot Noir or Shiraz, and one tenth of the normal quantity of Chardonnay.

But, speaking of the latter grape in this vintage, he said, “If 2010 Chardonnay was more Meursault, then 2011 was more Chablis.”

He also said, “We made terrific Sauvignon Blanc – everyone loved the skinnier style.”

Explaining further the impact of 2011’s conditions in the Adelaide Hills, Brian Croser of Tapanappa, which uses Chardonnay grapes from Croser’s Tiers Vineyard in the Piccadilly Valley, put some numbers to the vintage.

Meanwhile, in the Yarra Valley, De Bortoli’s Steve Webber was full of praise for the whites.

“2011 I think is the best Chardonnay vintage for at least 10 years – the 2011s have a lovely purity about them and I think it will prove a lovely vintage.”

Supporting this view, Andrew Browne, export manager at Geelong’s Scotchmans Hill said, “When we first bottled our Chardonnay 2011 I thought we couldn’t release it to the trade because it was too lean and acidic, but now it is fantastic and it’s the first harvest we haven’t had to adjust the acidity.”

The poor weather did not affect all parts of Australia however. Western parts of the country were not subject to the rains, while McLaren Vale, in the south, “dogded a bullet”, according to Andrew Locke, winemaker for Rosemount.

Nevertheless, cooler and damper conditions than average in the latter region did produce a lighter wine style, something the white winemakers embraced.

“2011 is probably the best white wine vintage we have seen in a number of years, provided you avoided the botrytis,” said senior winemaker for D’Arenberg, Jack Walton.

In the same region, Chapel Hill CEO Marc Allgrove commented, “McLaren Vale faired well out of 2011 compared to other regions in south Australia and it led to wines in the leaner style… and separated the men from the boys.”

Continuing he noted, “There is a risk that all Australian wine from the vintage is tarred with the same brush – for instance, one UK retailer said they would skip the vintage, but we said look at the wines, and they have since taken some from us.”

Nevertheless, many producers across South Australia and Victoria reported huge losses, particularly among red grapes, due to rot.

In Mornington, Mike Aylward, winemaker at Ocean Eight, told db he had just declassified all 1,200 cases of his Pinot Noir from 2011 – putting them in a second label called Shark Bay.

Interestingly, he said that the 2011 vintage conditions were exacerbated by vineyard practices which had been employed in preceding hot years.

“2011 was tough because we were coming off the hottest five years we have ever had so we were managing for another hot year.

“Because we had allowed the canopy to shade the grapes, the wines were very light – the shading meant we weren’t ripening the skins and the moisture meant there was too much juice.”

Having said that, he added, like others, “But I love the 2011 Chardonnay.”

Also within Victoria, but in Geelong, Maree Collis from Lethbridge Wines recorded 16 downy mildew events in a row in 2011.

She said however, “With our biodynamic vineyards we found we had lower crop losses in 2011 than some others because the vines were able to adapt.”

Her real issue though were rain-soaked, rampant undervine weeds, which she said, “the [previous] drought was really good for controlling.”

Meanwhile, Brown at Kooyong said that producers could protect the fruit, provided they were able to pay for the intensive spraying regime required.

“In some cases the money needed to spray to save the crop was more than the money you would get for it… for instance, in the Riverland, you might be getting AU$600 per tonne when $800 per tonne was the cost of spraying – but if you had to the money to spray you were fine.”

“There was unrelenting miserable weather and so I said either take the loss on the fruit or take it into winery and suffer the greater expense of processing it. So we took the decision to ditch it.”

For example, Yabby Lake viticulturist Keith Harris said he was running 40 acres of the Mornington Peninsula property organically for five years from 2005 to 2010.

But, he told db, “We would have lost the entire crop if I hadn’t intervened in 2011… and using 400g/ha of a more effective synthetic chemical for mildew is preferable to 4kg/ha of sulphur and copper.”

In essence, 2011 forced producers to naturally make a leaner wine style than they would otherwise have been comfortable creating and then, in the case of white wines, finding that the market loved them.

On the other hand, it was also a disastrous vintage for red grapes with whole crops lost to rot – a demoralising and costly outcome of the damp conditions in south Australia and Victoria.

For the trade and consumers, 2011 highlighted the fact that Australia does suffer from vintage extremes. It also drew attention to those producers who are meticulous when it comes to handling the grapes in the vineyard and the cellar, because the cool, wet conditions required skilled canopy management and extremely careful selection of the bunches, berries and blends.