Although less dramatic than Chardonnay’s stylistic swing from broad to bony, Australia’s flagship grape Shiraz has also been losing weight and gaining tone. 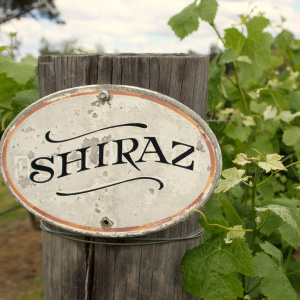 As wine writer Sarah Ahmed stressed at the UK’s first Shiraz “Landmark Tasting” in December: “Like Chardonnay, the pendulum has swung from ripe, sugary styles to lighter, more elegant ones, but there are some anorexic wines there too.”

Aiding this change has been a move to cooler sites, earlier harvesting as well as increasing the amount of whole bunch fermentation to bring more perfume. Furthermore, similar to the handling of today’s Australian Chardonnays, the amount of new oak is falling for Shiraz, while the size of vessel is increasing.

Highlighting some of the changes taking place, André Bondar at McLaren Vale’s Mitolo says he’s “lightening” his Shiraz using a greater proportion of whole bunch ferments, inspired by experience at Alain Graillot in the Northern Rhône, as well as picking earlier and managing irrigation after veraison to slow ripening.

Others are using techniques more commonly associated with Pinot Noir production when it comes to Shiraz. “We are treating our Shiraz not unlike Pinot Noir,” says Nick Farr, from By Farr in Geelong. “So we’re using open-top fermenters, doing a cold soak and using 20% or less new oak.”

Such changes are driven by a desire, according to Oakridge head winemaker David Bicknell, to make less weighty wines. “We want to make a light, spicy, fragrant medium-bodied red; we’re not looking for hand-to-hand combat.”

As for sources of these new styles, David Gleave MW, managing director of UK importer Liberty Wines, says: “We are seeing cooler climate Shiraz from the Adelaide Hills, Canberra, or parts of Heathcote, which offer less of the rounder sweeter style, although you can still find those wines.”

Shiraz from the Pyrenees also appears to be exciting winemakers, while it’s interesting to note that last year’s prestigious Jimmy Watson Trophy was awarded to a Shiraz from Tasmania – Glaetzer Dixon Family’s Mon Père 2010.

An extreme approach is Battle of Bosworth’s Puritan Shiraz from the McLaren Vale, which is effectively a natural wine using organic grapes and no added sulphur, and designed to taste like a Spanish joven-style Tempranillo.

Meanwhile, turning to classic Shiraz growing region the Barossa, Gleave says: “Producers like John Duval or Charles Melton in the Barossa are going for more tannin, but less oak and more elegance, and that’s working for us.”

Continuing he explains, “I remember people saying they were scared of tannins in Australia, but they have overcome that now, they are not scared to make wines with lovely ripe tannins that will age beautifully.” 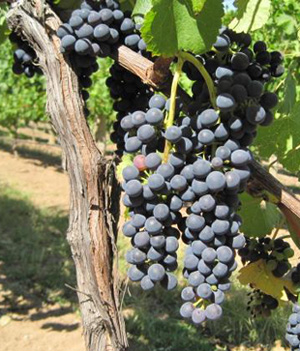 Australia is also now working hard to better understand the impact of vine age on Shiraz – after all, there aren’t many places outside the Barossa where you find yourself asking winemakers not just which decade their vineyard was planted, but which century.

According to Yalumba’s chief winemaker Louisa Rose, the Yalumba Nursery has been collaborating on an initiative to select Shiraz clones from Barossa’s oldest vineyards. “We’ve selected the best-looking vines with the best-tasting grapes in 13 old-vine vineyards across the Barossa and Eden Valleys,” she says.

As a result, Yalumba has identified 13 different old vine Shiraz clones which the producer has planted in an experimental vineyard, and, reveals Rose: “The best will be made commercially available as the Barossa Old Vine Collection.” Interestingly she observes that some of the Eden Valley clones continue to produce Shiraz that reflects its cooler and higher altitude origin despite being planted in the Barossa Valley.

For the future, a further project is planned to focus attention on why old vines in the Barossa produce wines with particular attributes, such as a finer tannic structure, while sub-regional differences are also under the spotlight with the Barossa Grounds initiative and, elsewhere, McLaren Vale’s Scarce Earth project, as previously reported by the drinks business as part of this Top 10 Australian wine trends.

Overall, Australian producers are refining the Shiraz style to more clearly express regional and single site specifics. They are also bringing more structure to the wines – whether that’s from higher acidity or grape tannins.

Some of this change however has not been deliberate: the cooler 2011 vintage in South Australia accelerated the shift to medium-bodied red wines made from the grape.

Other developments already featured on thedrinksbusiness.com as part of our Top 10 Australian Wine Trends include: