The third instalment of our top 50 powerful women in wine reveals those ranked from 30 to 21. 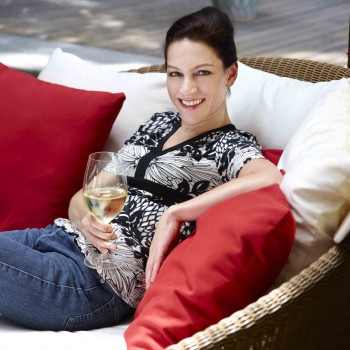 This list of powerful women in wine was drawn up in a bid to draw the trade’s attention to the more authoritative and important role played by women in the wine industry. We’ve looked at a wide range of areas including wine journalism, promotion and production.

Stay tuned for the top 10 most powerful women in wine, which will be revealed on Wednesday.

The list can be found in its entirety in the December issue of the drinks business, out now. Disagree with our order or feel we’ve left someone important out? Have your say in the comment box below.

From expert food and wine matcher Fiona Beckett of the Guardian, to the doyenne of newspaper wine writing Jane MacQuitty of The Times, via the investigative Elin McCoy of Bloomberg, the insightful Victoria Moore (pictured) of The Daily Telegraph, and the engaging Lettie Teague of The Wall Street Journal: newspaper wine coverage may be shrinking, but this quintet still holds a considerable amount of power over consumer wine purchases via their weekly columns, which, more often than not, feature a clutch of wine recommendations for a variety of occasions, be it Bonfire Night winter warmers or Christmas Day crackers.

A recommendation from one of these five can, and often does, lead to a wine selling out the same day, making them pivotal players in educating consumers about lesser-known grapes, or previously derided categories such as Sherry and Beaujolais.

As wine writing moves increasingly online, it will be interesting to see how the power game plays out. 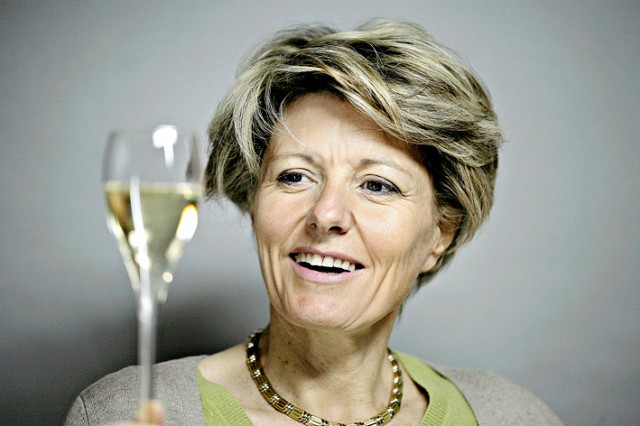 AGE: 56
The former chief executive of Veuve Clicquot is now at the helm of family-owned EPI’s Charles Heidsieck and Piper-Heidsieck Champagne. In her new role, the Champagne doyenne is keen to increase US sales of both Heidsieck brands with attention-grabbing limited edition bottles. This October, Bonnefond revealed plans to pursue an upmarket shift for Piper- Heidsieck, the world’s third largest Champagne brand by volume sales. She has also repositioned Charles Heidsieck Brut Réserve and Brut Rosé, changing the blend, introducing a new bulbous bottle shape, bringing back some facets of the mis-en-cave approach and pushing the price up to €40-50 a bottle in European markets. 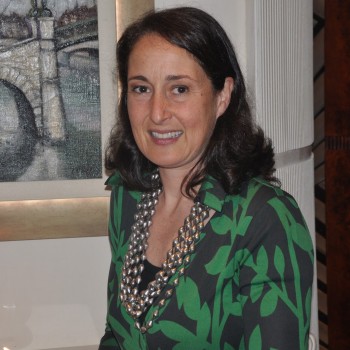 AGE: 45
The daughter of Tuscan wine magnate Marchese Piero Antinori, Albiera is making a concerted effort to get the Antinori name known in Asia, particularly with top wines Tignanello and Solaia, a move she believes will be boosted by the love of Italian food in China. As her father nears retirement, Albiera’s role at Antinori is becoming increasingly important. Among her projects is a new visitor centre at the estate, which opened its doors to the public last year for the first time in 600 years. She helps to oversee 1,800 hectares of vines in Italy, along with Antica estate in Napa Valley, Col Solare in Washington and Albis in Chile. 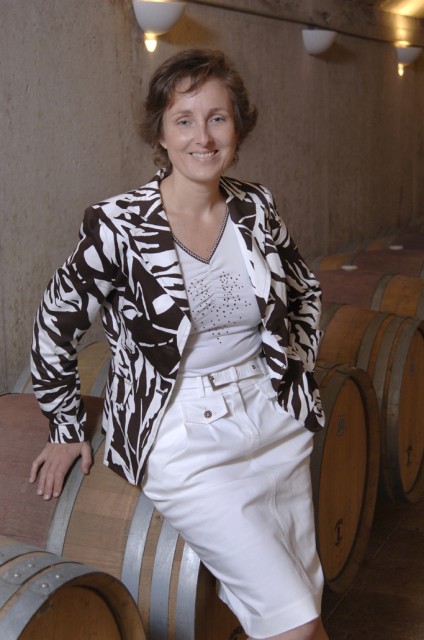 AGE: 43
A fifth-generation member of the Torres wine dynasty, Mireia joined the family firm in 1999 as a lab assistant and worked her way up to her current role of general manager of Jean Leon and Torres Priorat. Torres produces 44 million bottles a year, 4.2 million of which are sold in Britain through popular brands such as Viña Sol, Esmeralda and Sangre de Toro. With news of her father, Miguel A Torres’ retirement this year, Mireia’s power and influence over one of Spain’s premier wine companies is increasing, as she and brother Miguel take on more responsibility within the firm. Turning over £175m in annual sales, the company owns 2,440 hectares of vineyards across Spain, California and Chile. 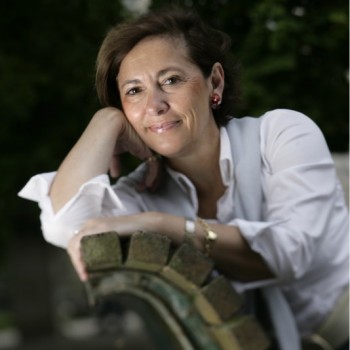 The move also saw her step down as director of the Union des Grand Crus de Bordeaux, though she maintains her role as president of the Bordeaux Wine Culture Centre, due to open in 2014. The £50m project promises to create 750 jobs and inject £30m annually into the local economy. She also owns Bordeaux Michelin-starred restaurant Le Chapon Fin and luxury wine tourism agency Bordeaux Saveurs.

AGE: 45
Born in Maine, New England, Perrotti-Brown passed her MW in 2008. Based in Singapore, last week she was appointed editor-in-chief of bi-monthly publication The Wine Advocate, as founder Robert Parker announced he was to step down from the role after 34 years. Following the move, a new TWA office will be set up in Singapore for Perrotti-Brown MW to operate out of. In addition to her editor duties, she is the Asian wine correspondent for eRobertParker.com, and reviews Australian and New Zealand wines for The Wine Advocate, giving her considerable power over both consumer palates and the fate of Antipodean wine producers.

Passing her WSET diploma in London, she subsequently worked in various wine sales roles in the capital for 12 years before moving to Tokyo in 2002 to work as a buyer for one of Japan’s top fine wine importers. As one of the world’s leading experts on Asian wine markets, she frequently lectures on the subject at conferences around the world.

Granddaughter of Domaine Leflaive’s modern founder, Joseph Leflaive, Anne-Claude, the queen of white Burgundy, took over the Puligny Montrachet-based estate in 1993 after the death of her father. The estate boasts over five hectares of grand cru vineyards and was an early pioneer of biodynamics in the region. With the help of soil specialists Philippe and Lydia Bourguignon (see number 24), the entire estate, which celebrates its 300th birthday in 2017, became biodynamic in 1997. The domaine’s four grand crus: Montrachet, Chevalier-Montrachet, Bâtard-Montrachet and Bienvenues-Bâtard-Montrachet, produce some of Burgundy’s most celebrated whites, including Les Pucelles, Folatières, Les Combettes and Le Clavoillon. 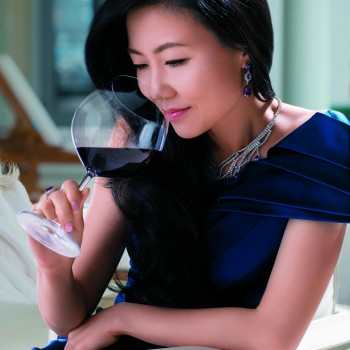 AGE: 44
When Cho Lee passed her MW in 2008, she became the first Asian to achieve the accolade. Joining forces with fine wine merchant Berry
Bros & Rudd the same year, Cho Lee was appointed head of education at the Fine Wine School in Hong Kong. Born in South Korea, Harvard-educated, Hong Kong-based Cho Lee has been busy educating Asian consumers in the ways of fine wine with her book, Asian Palate, in which she matches fine wines with Asian food, and also through her website of the same name. She writes regularly for various international wine magazines and judges all over the world at international wine competitions. 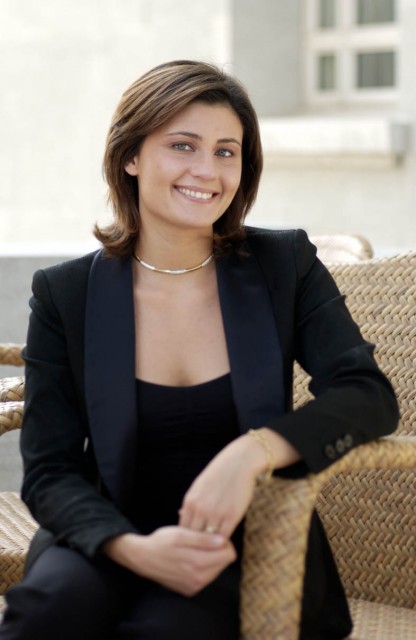 AGE: 33
Heiress to the Gaja wine dynasty, arguably Italy’s most famous fine wine estate, Gaia is the eldest daughter of the 72-year-old “King of Barbaresco” Angelo Gaja. She has been given increased responsibility at the family firm in the lead up to her father’s impending retirement. Involved with the day-to-day running of the Piedmont-based company, Gaia oversees the annual production of 350,000 bottles of Gaja’s 18 wines made across 100 hectares of vineyards in Barolo and Barbaresco, 27ha in Montalcino, and 110ha in Bolgheri. As charismatic as her famous father, Gaia studied economics in California before joining Gaja. She is becoming known as the face of the Gaja brand, representing the company at tastings and dinners around the world.

AGE: 67
As the head of Sotheby’s international wine department, Sutcliffe holds incredible power over buyers of secondary market wines in London, New York and Hong Kong. Joining the wine trade in 1971, Sutcliffe was the second woman ever to become a Master of Wine. A past chairman of the Institute of Masters of Wine, in addition to her duties at Sotheby’s, Sutcliffe writes about wine for various international publications, and lectures on wine in Europe, the US and Asia. Wine auctions in the Far East are becoming increasingly profitable for Sotheby’s, particularly those focused around classed growth Bordeaux and rare Burgundy. Her book, The Wines of Burgundy, is in its 8th edition.