The final instalment of our top 50 most powerful women in wine reveals those ranked from 10 to 1. 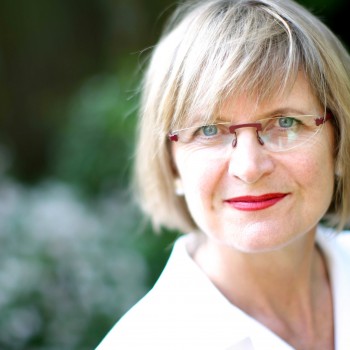 This is it. Having ranked numbers 50-11, we bring you our top 10 most powerful women in wine at the forefront of both wine trends and consumer opinion forming.

Designed to draw the trade’s attention to the increasingly important role played by women in the wine industry, the final ten on our list, based in the UK, US, France and China, are at the top of their game.

From 35-year-old Judy Leissner, who has turned Grace Vineyard into both a globally recognised brand and a flagship for Chinese fine wine, to Danièle Ricard, who was appointed chairman of the board of the world’s second largest drinks company Pernod Ricard this August, and Annette Alvarez-Peters, whose position as director of wine buying for US retailer Costco makes her one of the most powerful wine buyers on the planet responsible for shaping consumer tastes via wines that she feels merit space on Costco’s shelves.

Can you guess who took the top spot?…

To see the previous 40 most powerful women click on the numbers below:

The list can be found in its entirety in the December issue of the drinks business, out now. Disagree with our order or feel we’ve left someone important out? Have your say in the comment box below. 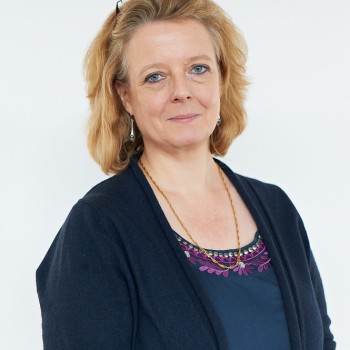 AGE: 49
In charge of fine wine at Tesco, the UK’s largest supermarket chain, Jewell wields enormous power over consumer palates. She became an MW in 1997 and has headed up fine wine at the retailer since 2010.

This October, Jewell replaced Bill Page as the chairman of the Wine and Spirits Education Trust, becoming the first woman in the company’s 43-year history to hold the post. Having clocked up senior wine buying experience at both Spar and Sainsbury’s, Jewell oversees Tesco’s own- label and exclusive wines, such as the hugely successful Ogio.

In a bid to highlight its fine wine offering, this July Tesco announced it was to sell high-end Bordeaux, including Château Lafite, Mouton Rothschild, Cheval Blanc and Pontet-Canet, via its Tesco Wine by the Case online operation, launching this autumn with the lauded 2009 vintage. 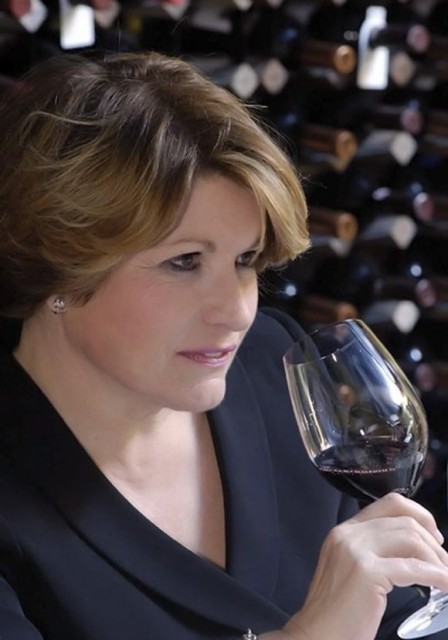 AGE: 58
Born in France to a Greek father and French mother, Corinne took over the running of Bordeaux first growth Château Margaux in 1980 after the death of her father, entrepreneur André Mentzelopoulos.

With the help of Margaux director Paul Pontallier, Mentzelopoulos has returned the château to its former glory, replanting around 12 hectares of vineyard land and rebuilding storage vats.

The cellar is also being revamped by British “starchitect” Lord Foster to include an underground library for past vintages. Reinforcing Margaux’s commitment to the Asian market, this October the château hired Fangyuan Zheng as a Shanghai- based business development manager to expand the brand’s position in China and refine its growing relationship with Asian consumers. Thibault Pontallier, winemaker Paul Pontallier’s son, is currently working as Margaux’s brand ambassador in Asia.

AGE: 35
Originally from Hong Kong, Leissner took over Shanxi-based Grace Vineyard from her father in 2002 at the tender age of 24, having left a post at Goldman Sachs in Hong Kong. In the space of 12 years, she has turned Grace into both a globally recognised brand and a flagship for Chinese fine wine.

The 200-hectare estate produces around two million bottles a year, from flagship red blend Deep Blue to top wine Chairman’s Reserve, which is sold in luxury bars and hotels in China’s leading cities. Leissner, who has become something of a celebrity entrepreneur in China, plans to develop wineries in other regions, each with their own branding.

This May, we voted her our 2012 Asian Wine Personality of the Year for her work in drawing global attention to the quality potential of Chinese wine. Leissner has taken an experimental approach at Grace, planting the likes of Riesling, Pinot Noir and Shiraz, and using screwcaps to close some of her wines.

AGE: 51
Californian-born wine journalist, educator and judge Debra Meiburg MW became the first person based in Asia to become a Master of Wine in 2008. With the help of the Hong Kong Trade Development Council, in the same year she founded the Cathay Pacific Hong Kong International Wine & Spirit Competition, the largest wine competition in Asia.

A long-time Hong Kong resident, her wine students have included finance ministers, cabinet members and key political figures in Asia. Having trained as an accountant, Meiburg worked at PricewaterhouseCoopers in Hong Kong before entering the wine world. Named the Most Influential Wine Journalist in Hong Kong in 2007, she nurtures consumer palates via a popular weekly wine column in the South China Morning Post, articles in Asian Tatler magazine, and video clips in the back of Hong Kong taxis. She has authored a number of books on wine, including Debra Meiburg’s Guide to the Hong Kong Wine Trade.

AGE: 73
This August, Danièle Ricard took over as non-executive chairman of the board of Pernod Ricard, the world’s second largest drinks company, replacing her late brother, Patrick Ricard. Danièle’s father Paul founded the company in 1932.

In November, the company introduced former NBA basketball star Yao Ming’s wine into the US, having launched it in an exclusive deal in China, Ming’s home country, earlier in the year. Pernod posted net sales of €2.2m for the first three months of this financial year, up 11% on last year, with Asia driving the growth, up 13% on last year, while sales in India were up 18%.

AGE: 80
The grande dame of Burgundy, Bize-Leroy has been at the helm of Domaine Leroy for 24 years, having bought Domaine Charles Nöellat in Vosne Romanée and renamed it Domaine Leroy in 1988. Formerly the co- manager of Domaine de la Romanée-Conti, along with current owner Aubert de Villaine, she helped build the jewel in the crown, DRC, into one of the most sought after and expensive wines in the world due to its consistently spectacular performance at auction.

Ousted from the estate in 1992 after a series of disagreements with de Villaine, Leroy turned her attention to the biodynamically farmed Domaine Leroy, which has become one of the leading estates in Burgundy – Leroy Richbourg 2005 sells for over £2,000 a bottle. Tenacious, uncompromising, and unafraid of getting her hands dirty, Leroy refers to herself as a “cellar rat”. The estate is made up of 22 hectares across 26 appellations, along with the four-hectare Domaine d’Auvenay.

The majority of her time is spent looking after Mouton Rothschild, where a lifelong interest in art has led her to commission of some of the world’s greatest masters to design the Mouton label each year, including the likes of Picasso, Dalí, Warhol, Chagall and Miró, and more recently Lucien Freud and Anish Kapoor.

Along with her cousin Baron Eric de Rothschild, who looks after Château Lafite, she has collaborated on a venture in Champagne with Champagne Barons de Rothschild, further strengthening the family’s luxury credentials. 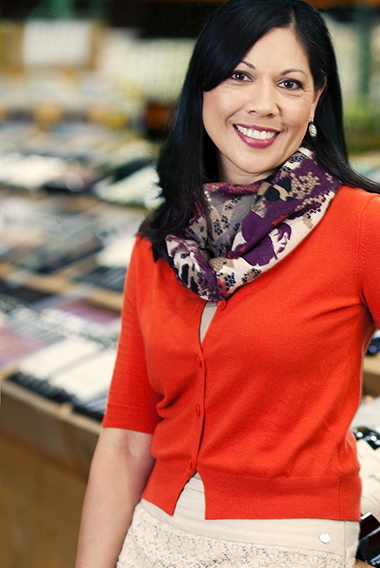 AGE: 50
Her post as the director of wine buying for US retailer Costco makes Alvarez-Peters one of the most powerful wine buyers in the world, responsible for influencing hundreds of thousands of consumer palates.

Costco is the largest US importer of French fine wines and the fifth largest retailer in the US. In charge of over US$1bn in wine sales a year, including fine wines such as Château Mouton Rothschild and Pétrus, this May Alvarez-Peters caused a storm in a wine glass when she declared that wine was “just a beverage” and “no different than toilet paper.”

Heading up a team of 17 international and domestic wine buyers, the prices she sets affect most of the US’s small wine retailers. Last month, Alvarez-Peters, who is studying for her MW, launched Costco.co.uk, selling high-end wines such as Krug, Dom Pérignon, Cristal and Pontet-Canet to UK consumers with no delivery charge. 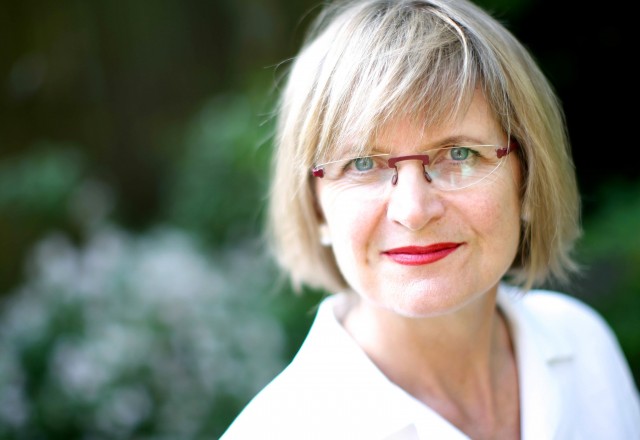 AGE: 62
Indefatigable wine writer Jancis Robinson MW’s power in consumer markets around the world is as omnipotent as ever. Robinson exerts her influence via a weekly wine column in the Financial Times and her Purple Pages website, which boasts over 80,000 subscribers, while her tasting notes appear on Eric LeVine’s hugely successful wine review website, CellarTracker.com.

With over 160,000 Twitter followers, Robinson further strengthened her online credentials last October by hiring Vinography.com blogger Alder Yarrow to report on the US wine scene. Her influence in Asia was cemented last year with a sell- out tasting at the WineFuture conference in Hong Kong.

While her Oxford Companion to Wine remains a definitive wine text, this October, Robinson released a 1,000-page tome, Wine Grapes, priced at £120, offering “a complete guide to grape varieties”, (1,368 to be exact), with the help of Julia Harding MW and DNA specialist Dr José Vouillamoz. A particular Riesling and Portuguese wine lover, Robinson recently picked up an award for her services to the Portuguese wine industry. “I think it’s high time we got rid of any idea that Portuguese wine has to be a niche product or an inexpensive product,” she said on collecting the award. 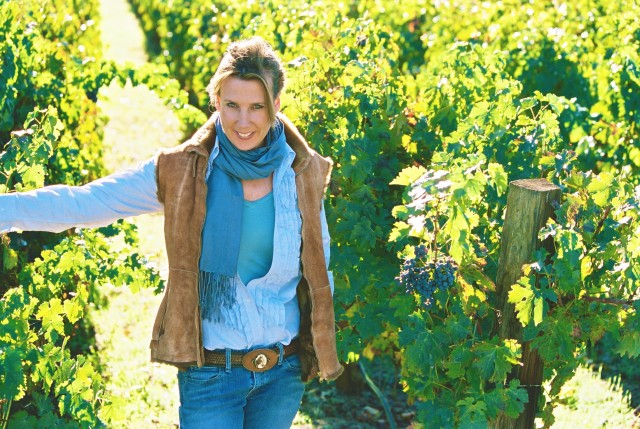 Gina is at the forefront of the brand’s winemaking Moscato in both the US and the UK, Gina also spearheaded the launch of Gallo Moscato, a low alcohol sweet wine cleverly created to capitalise on the “Moscato madness” trend currently sweeping the globe.