From absinthe lollipops to wine gums, alcohol and sweets work well together and Christmas is a great time to enjoy the partnership. 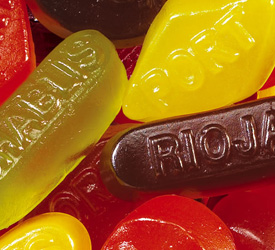 Whether it is for a delicious pudding or an indulgent (and sugary) snack, these two great ingredients have long been good friends.

However, despite their name, famous drinks-related sweets Wine Gums don’t actually contain any alcohol. Indeed, when they were introduced by Maynards in 1909, the company owner Charles Maynard nearly fired his son, Charles Jnr, for creating the recipe for wine gums. Apparently it took the son a long time to persuade his teetotaller father that the sweet did not contain wine.

Take a look at our top 10 alcohol sweets and leave a comment below to let us know if we’ve missed one of your favourites. 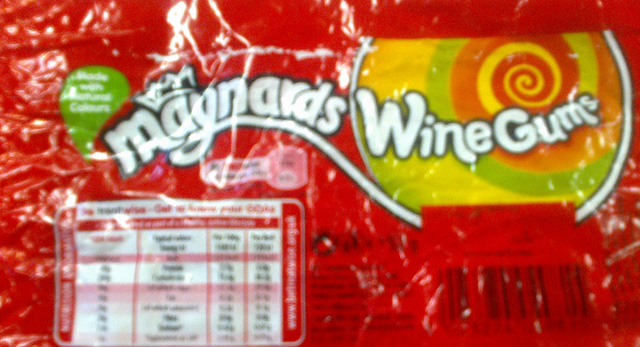 As mentioned it is claimed that wine gums were invented by Charles Maynard in 1909, but the key question is – has there ever been wine in them? Apparently not. The most common explanation of the name is that Maynard hoped that the sweets would distract drinkers from alcohol, so he called them wine gums and labelled each one with a drink name. 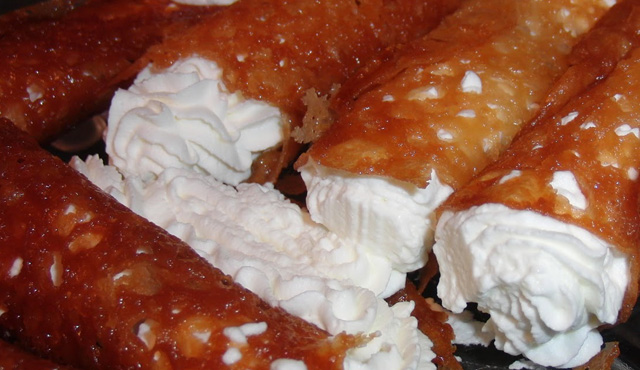 Crunchy, sweet and light, what is not to love about a good Brandy snap? Delicious with whipped cream, fruit and even chocolate, this scribe is trying to lead a comeback for this retro dessert. There is more to the name than there is with wine gums, as Theodore Francis Garrett, author of the Encyclopedia of Practical Cookery wrote in his 19th century book: “These delights of our youth were probably originally made with a Brandy flavouring as one of their ingredients; but with that lack of discriminative taste peculiar to uneducated palates, the presence of the Brandy flavour was not sufficiently appreciated to render its presence essential to the success of the manufacture; hence, as the ‘snaps’ could be made cheaper without Brandy, and yielded more sweets for the same money, the spirituous prefix became but a name.”

This dessert has a touch of the Marmite about it, in that most people either love it or they hate it. The recipe usually calls for the raisins to be soaked in rum and then mixed with vanilla ice cream. The exact origins of this ice cream are unknown but rum and raisin go together in bread and butter pudding, Christmas cake and even cheesecake. 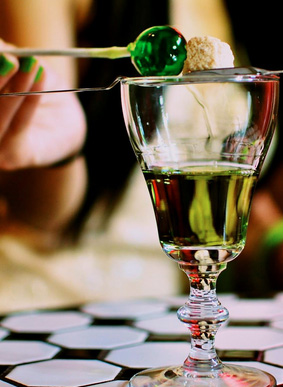 It almost sounds too good to be true, but there is an absinthe lollipop and it is made with the real thing. The idea came from Lollyphile, a company based in San Francisco.

According to Lollyphile’s website the idea came, “around Halloween of 2007 when we found ourselves with a lot of absinthe and no candy.” We hope they didn’t give them out to young trick or treaters. 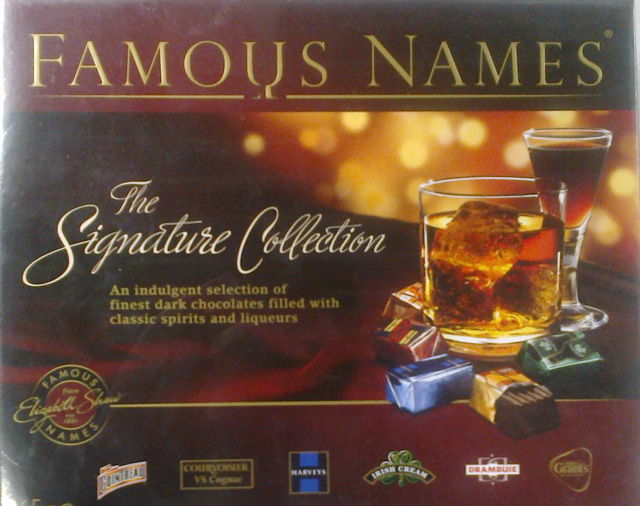 There are so many varieties of chocolate liqueur, they could have dominated this whole list, so we’ve had to bring them all together. These are generally thought to have originated in the 18th century and are usually enjoyed as an after dinner treat. For some these are the last chocolate left in the box, while others can’t get enough of them. Chocolates are now filled with a wide array of alcohol, the Elizabeth Shaw choccies shown in our picture offer Cointreau, Courvoisier, Harveys, Irish Cream, Drambuie and Grant’s whisky. 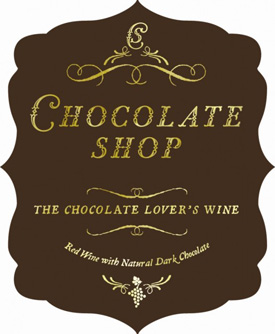 This might be a bit of a cheat, but the Chocolate Shop, owned by Washington-based Precept Wine launched a chocolate wine in January last year. In 2011 1.2 million bottles were sold, almost entirely in the US, but importers D&D Wines, were hoping to sell around 50,000 cases in the UK this year.

The Chocolate Shop has been designed to look like traditional French confectionary and has 70 g/l residual sugar and a 12.5% abv, and a retail price of £8.99 in the UK. For the UK market, the base wine is a Tempranillo from Spain, while Shiraz is used in Australia. 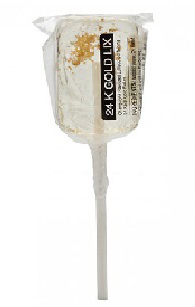 A Champagne-flavoured lollipop covered in real gold flakes is available to by at Harvey Nichols stores in the UK.

Each lollipop will set you back about £5 and is made from maltitol Syrup, 24 karat gold, and natural and artificial flavouring, 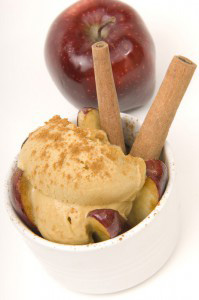 This is a very popular dish in the US, especially in autumn (or Fall if you are that way inclined). It is often eaten with apple cinnamon cake or walnut pralines.

When making the ice cream a couple of tablespoons of Calvados, or other apple liqueur is also an option. As well as apple cider ice cream, it also possible to make a pear cider ice cream. 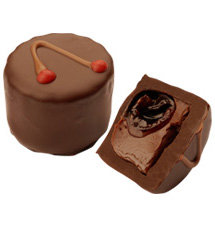 Cherry and dark chocolate are a favourite combination, and this chocolate delight is a decadent extension of that flavour marriage.

Kirsch is a sour liqueur, so the rich opulence of a chocolate truffle is the ideal way to compensate for the lack of sweetness. 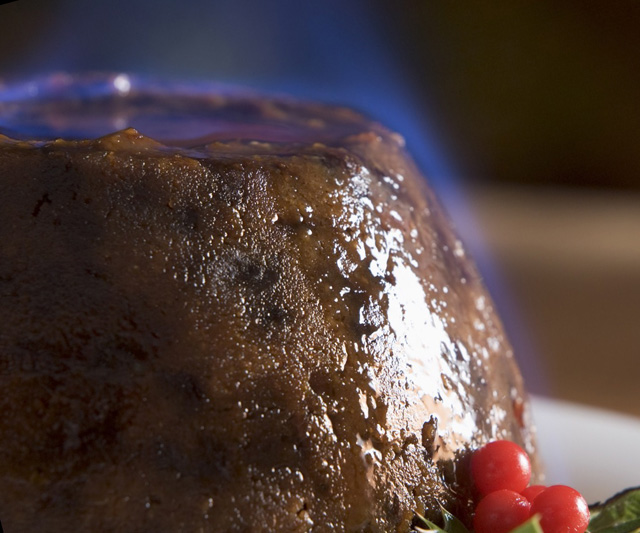 What better way to finish off a big Christmas dinner than a Christmas pudding? Well, apart from a Brandy snap. Alcohol is an integral part of the Christmas pudding, although there is a wide range of thought as to what should be used. Alcohol is used in making the pudding, some say Brandy, Delia says rum, while Nigella suggests Pedro Ximénez sherry. Then, when it comes to serving alcohol is usually poured over the top and set alight for a visual spectacular. Again Brandy is a popular choice, but for some the high-proof of absinthe makes it the ideal choice for a flaming Christmas pudding.