MPs vote for a review of beer tax escalator

The future of the UK’s beer tax escalator was debated in the House of Commons on Thursday and although the tax will remain MPs have voted for a review. 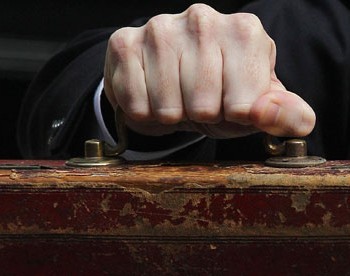 The beer tax escalator was introduced by in 2008 by then-chancellor Alastair Darling and increases the price of a pint by 2% above inflation. It is due to stay in place until 2014/15.

Following an online petition to ditch the escalator MPs debated the measure in parliament today, with many throwing their support behind its removal.

Conservative MP Andrew Griffiths, who chairs the all-party parliamentary group on beer, said: “Scrapping the beer duty escalator would save thousands of jobs in the first year alone and stop the closure of hundreds of pubs in all of our communities.

“This is a huge opportunity to bring balance and fairness into the duty system and to support our pubs and breweries.”

Many in the beer industry have welcomed parliament’s decision to review the escalator, British Beer and Pub Association chief executive Brigid Simmonds said: “In showing their support for a review of the duty escalator, which is urgently needed, MPs spoke up very strongly to show the Government that this issue will just not go away.

“I am confident any review will show that above-inflation increases in beer tax do not make sense – they would bring in no additional revenue for the Treasury, but at the same time threaten pubs, employment, and our great British brewing and pub industry.”

The Society of Independent Brewers (SIBA), hailed Thursday’s vote as a “triumph for British beer, British pubs and British drinkers.”

SIBA chairman Keith Bott, speaking immediately after the debate, said, “We were delighted with the support shown by so many MPs for this debate and by the eloquent arguments put forward by many of today’s speakers.

“The fact that so many MPs spoke today and then voted for a review shows the value many of them rightly place on the pub and the quality draught beer it sells as vital to the economic and social well-being of their community.

“We hope the Treasury appreciates the strength of feeling that has been expressed here today by members on both sides of the House. A review of the beer duty escalator is vital ahead of the next Budget: Britain’s pubs simply cannot survive these continued hikes which are putting turning a pint into an unaffordable luxury for many drinkers.”

The Campaign for Real Ale (Camra) also welcomed the debate, with chairman Colin Valentine saying: “Camra was delighted to see the groundswell of support from MPs from all parties for a review of the damaging beer duty escalator.

“Passing a motion for the Government to conduct a thorough review of the economic and social impact of the escalator is a major step forward for the industry and sends out a clear message from inside Westminster that enough is enough.”

According to government estimates the Exchequer will receive an additional £35m in duty from the escalator in 2013/14.

Bott added that this amount, “would be largely offset by the boost in sales and employment related taxes that a beer duty freeze would create, according to Oxford Economics calculations that this would save 10,000 jobs by 2014/15, mainly in pubs.”