The wonderful world of wine beer

Earlier this week we ran a story about wine beer, which sparked a lot of interest. 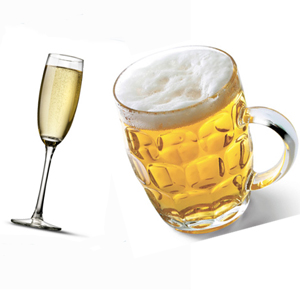 Blue Moon, a craft brewery in the US are in the process of rolling out their Chardonnay wine beer across the country; in addition a picture posted on Twitter hinted that the company were releasing a Sauvignon Blanc beer as well.

This story sparked a lot of interest from db readers, so here is a look at some more wine beers, including some that are available in Europe. 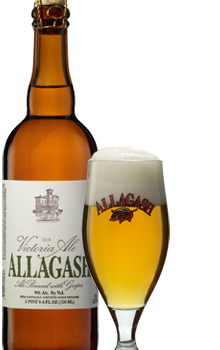 This wine beer hybrid is made using Chardonnay grapes and Belgian yeast. The beer is described as having, “a medium body with a long candied fruit finish with hints of honeydew melon, and, of course, white wine grapes”. 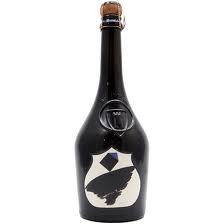 This bière de champagne has been described as being, “more of a rosé, with touches of amber to it”. Brewed using Sangiovese grapes, this beer has some strong Champagne qualities, with heavy carbonation and the Del Dorgo brewery has only released limited amounts. 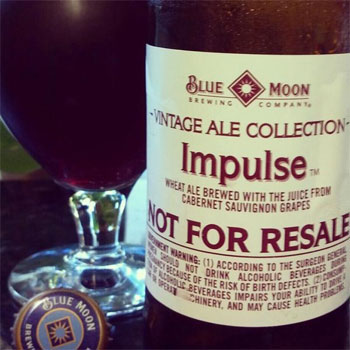 Vintage Blonde Ale is a beer brewed with malted wheat and concentrated Chardonnay grape juice and the hybrid brew contains 8.5% ABV. Originally called Chardonnay Blonde, the name was changed to Vintage Blonde because the US government would not approve a beer label that included “Chardonnay.” 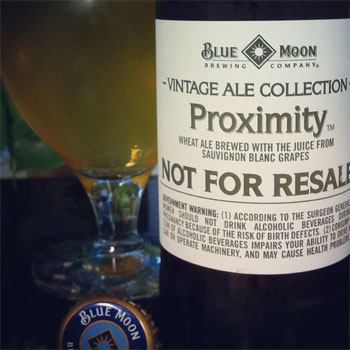 This is another wheat beer from the Blue Moon brewery, which is made with the addition of wine, this time Sauvignon Blanc grape juice is added to the process.

This is a Belgian Lambic beer, to which Muscat grapes are added. Every year 1,000 kilos of Muscat grapes are delivered to the Cantillon brewery for use in this beer, which represents only about 5% of the brewery’s output. 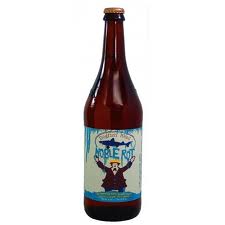 This beer, with the intriguing name of Noble Rot, comes from the Dogfish Head brewery in Milton, Delaware. The wine beer is made with a combination of Viognier and Pinot Gris grapes to give it, “a spicy white wine body and a dry, tart finish.” 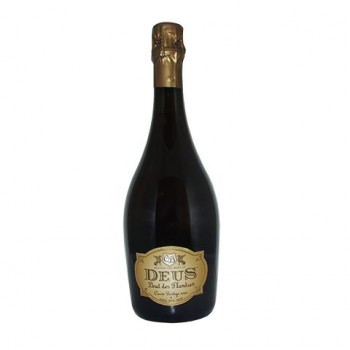 Champagne Beer – this beer is matured in the Champagne region and goes through a similar fermentation to Champagne. It is described as, “medium bodied and effervescent, complex, flowery-biscuity, blond bier brut.”

This strong, dark Belgian beer is another that is made using “methode de champagnoise”. The ale is also decanted in young American oak that is specially burned for the beer. 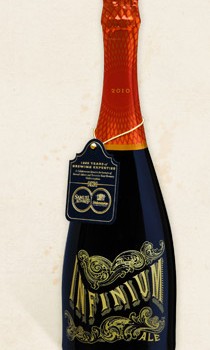 This Champagne beer comes from the Samuel Adams brewery in Boston. It is described as, “a crisp Champagne-like beer with fine bubbles and a fruity, spicy aroma. The crisp clean malt character and delicate fruit notes in this beer are complemented by a slight citrus flavor from dry hopping with Bavarian Noble hops”.

This beer is made in the Alsace region of France and unlike most other hybrid beers, this one is bottled in a 330ml bottle. This beer also goes through “methode de champenoise” of secondary fermentation in bottle and hence is a heavily carbonated beer.