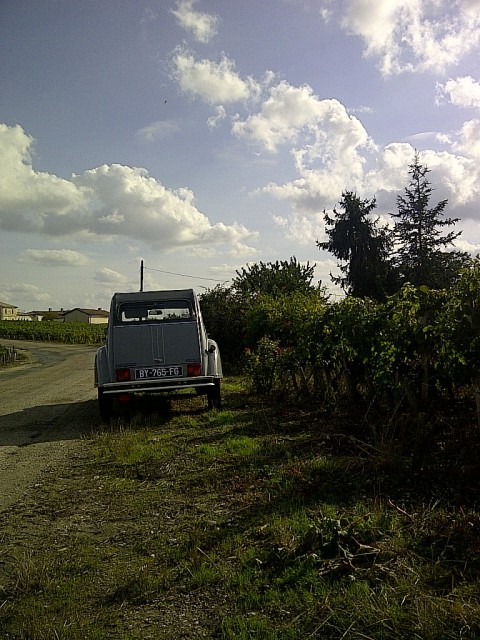 A classic Citroën 2CV completes a (stereo)typical rural Gallic vignette as the drinks business took a trip to Bordeaux last week to catch up on the harvest. 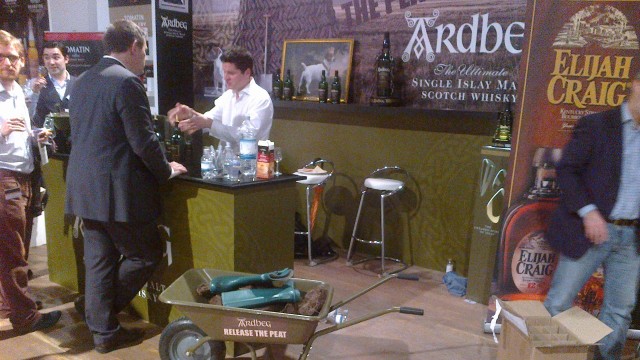 The Ardbeg whisky stand at the Whisky Show 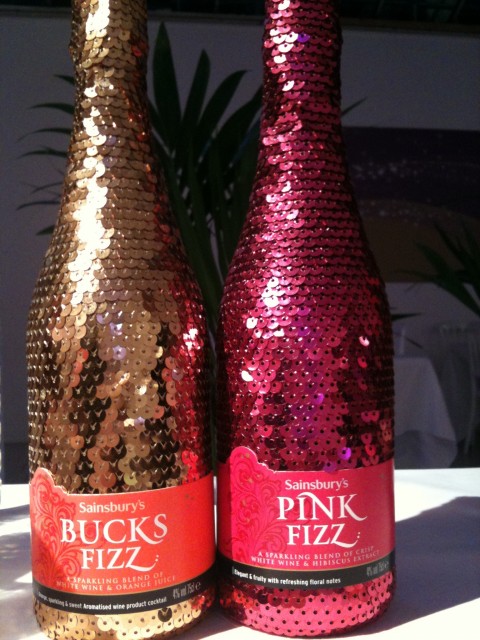 We stumbled across these jazzy bottles brightening up the Sainsbury’s tasting at Delfina this week, which, we’re told are proving a hit with consumers 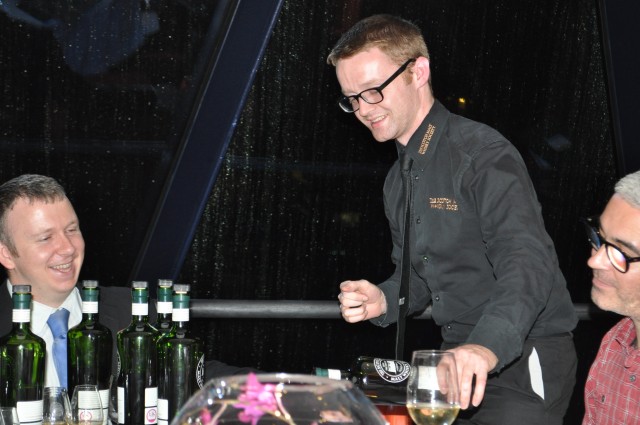 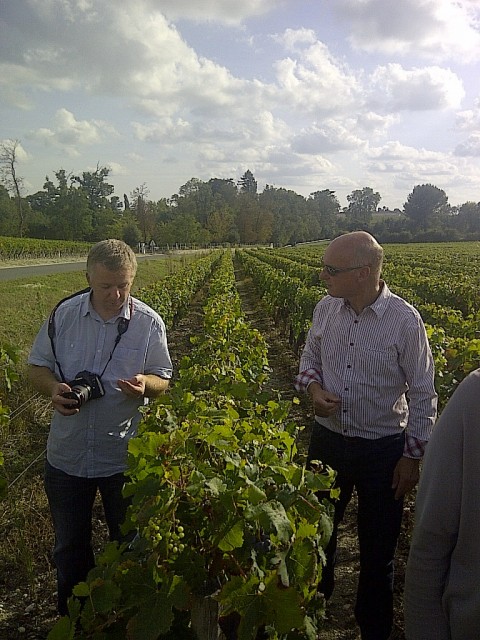 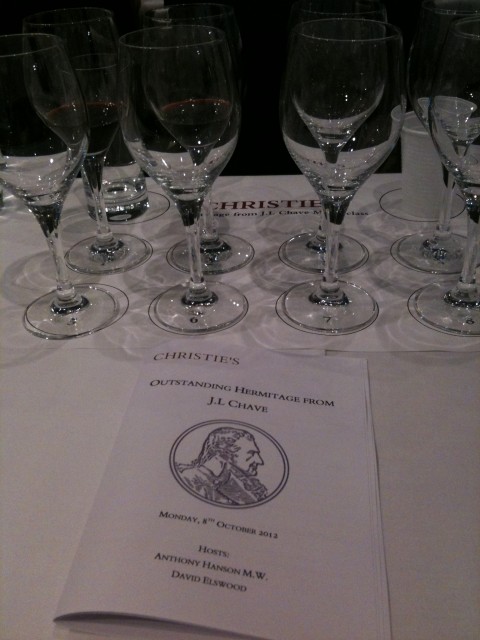 db was treated to some heavenly Hermitage at a JL Chave tasting in the same room at Christie’s in London where a few days prior, Daniel Craig’s unwashed swimming trunks from Casino Royale fetched £44k at a 007-themed charity auction. The Chave wines proved equally alluring, with the 2006 Hermitage Blanc stealing the show. 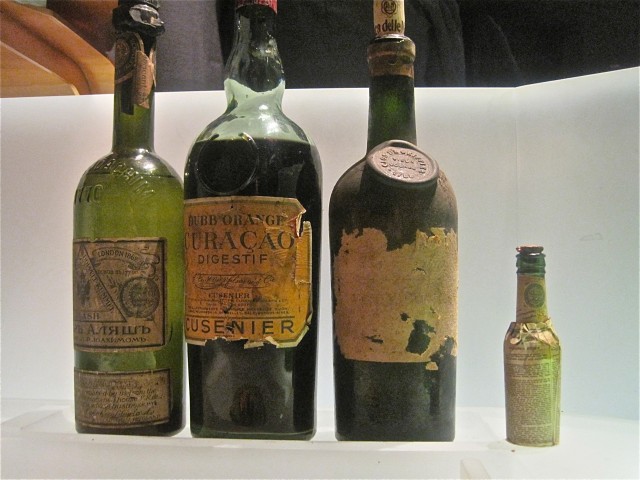 Liquid history: The four spirits, including 1788 Clos de Griffier Vieux Cognac and 1770 Kummel Liqueur, that went into the world’s most expensive cocktail – the £5,500 a glass Salvatore’s Legacy, which was created this week by maestro bartender Salvatore Calabrese at the Playboy Club in Mayfair. 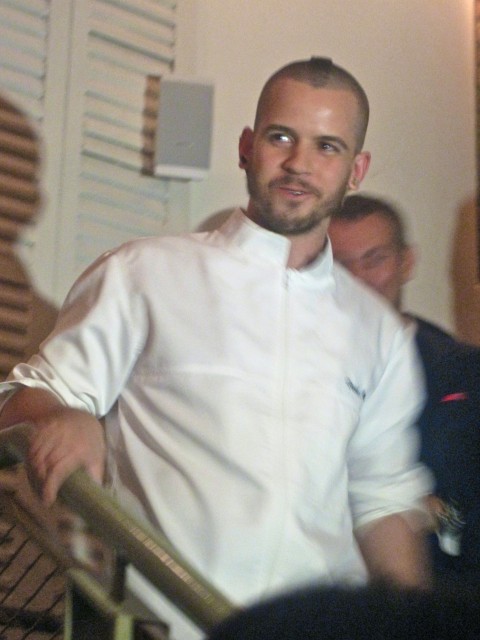 Generously pierced, mohawked maverick David Muñoz of two Michelin-starred DiverXO in Madrid made Ibérica Canary Wharf his home for the night, where he served up an array of weird and wonderful dishes alongside a stellar line-up of Spanish wines to a lucky group of food and wine writers. 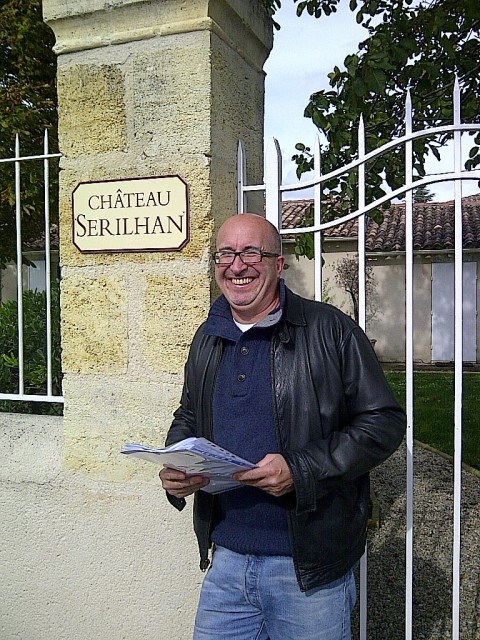 The ever smiley Didier Marcelis of Château German Marbuzet prepares to take db and other reprobates on a tour of Saint Estèphe’s top properties (including his own of course). 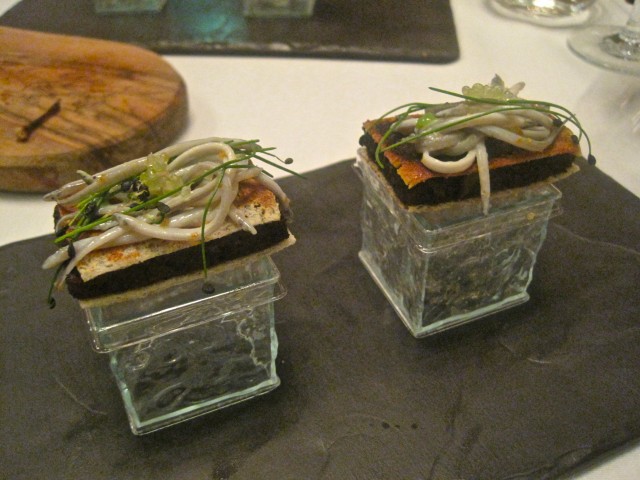 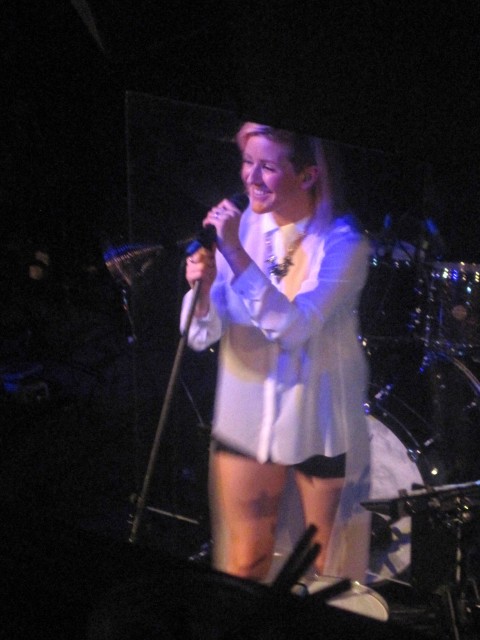 As part of Red Stag by Jim Beam’s partnership with the Q Awards, db was lucky enough to be invited along to an intimate Ellie Goulding gig at the Jazz Café in Camden, where she belted out songs from her new album, Halycon, ending on a high note with new single Anything Could Happen. 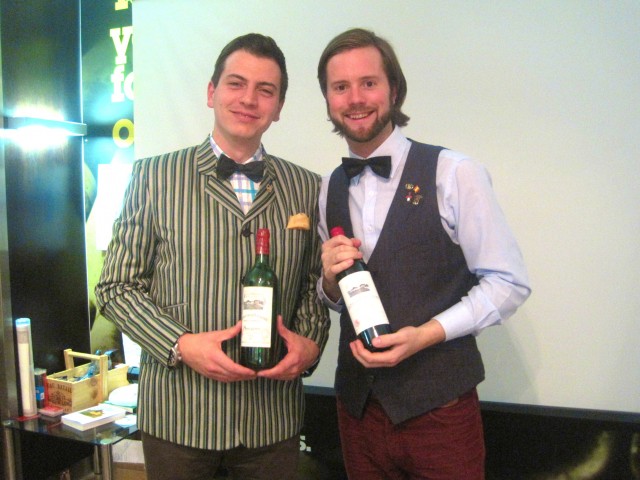 db enjoyed a Château Grand-Puy Lacoste vertical tasting going back to 1983 at the West London Wine School this week, hosted by owner Jimmy Smith (right) and his trusty assistant Tobias Gorn, who, unwittingly, turned up in matching bow ties. After much deliberation, the 1996 won out over the 1985. 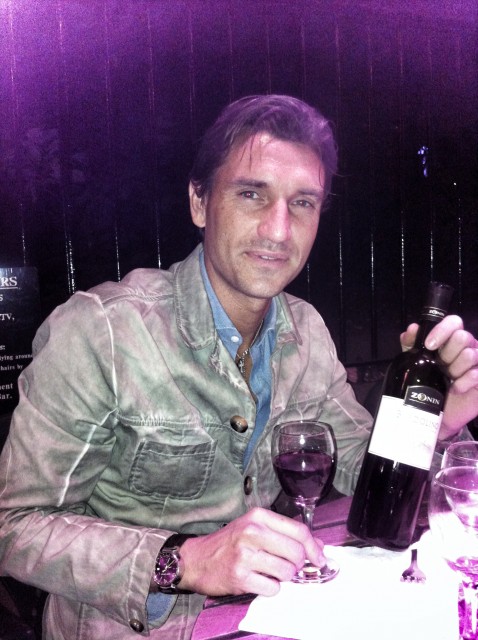 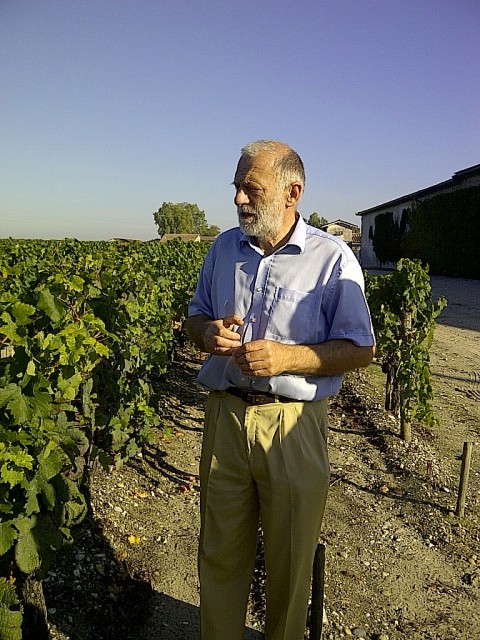 Lucien Guillemet of Château Boyd Cantenac talks about the state of Bordeaux 2012. 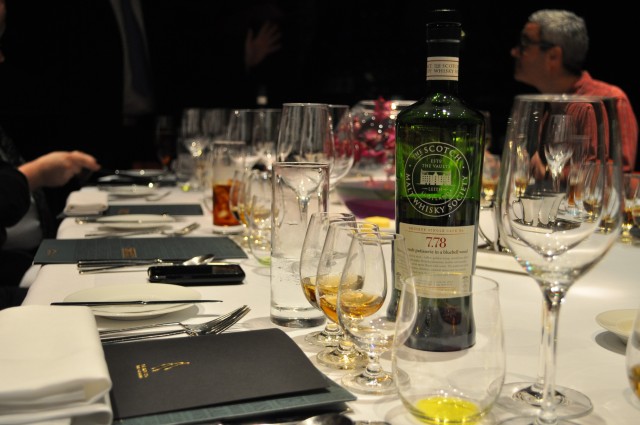 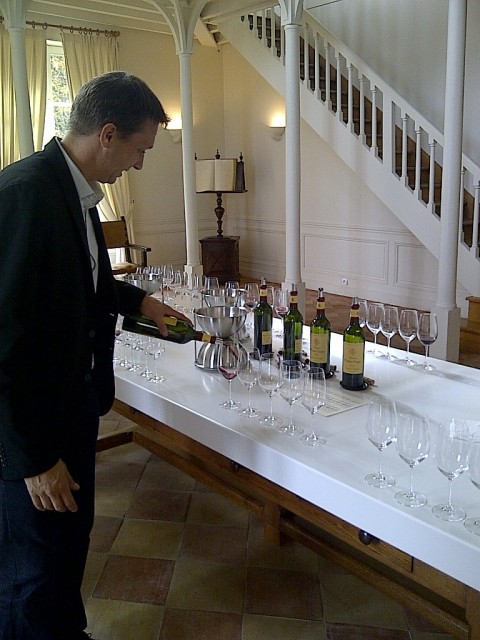 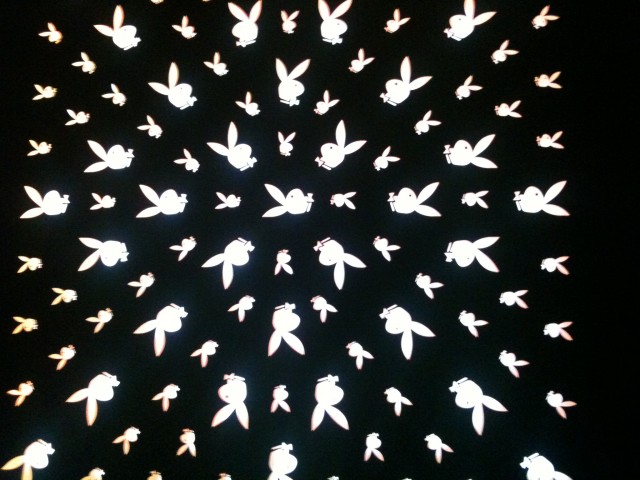 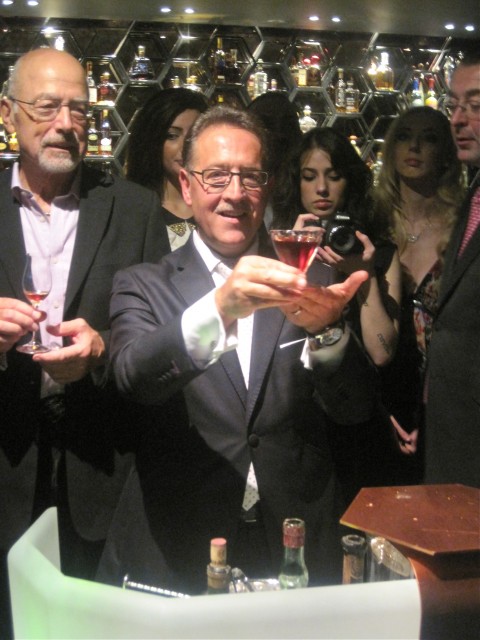 Salvatore Calabrese shows off Salvatore’s Legacy, the world’s most expensive cocktail at £5,500 a glass, at his bar at The Playboy Club in London. 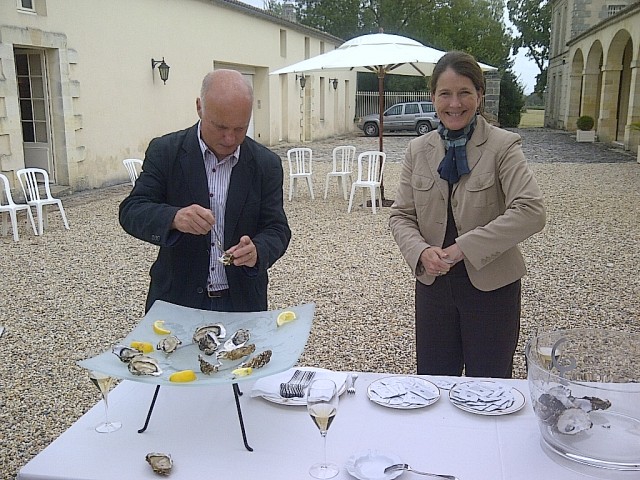 Richard Bampfield and Mary Dardenne of Decanter Tours tuck into Billecart-Salmon Champagne and oysters before heading inside for an even more sumptuous lunch at Phélan Ségur. 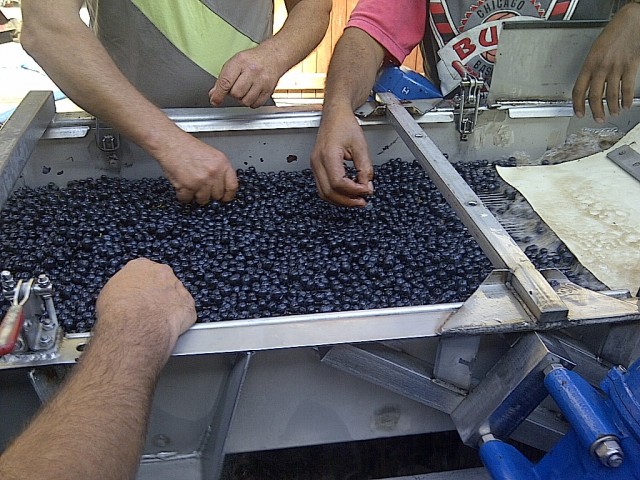 Healthy berries rush by on the sorting table at Saint-Emilion property, Val d’Or