Life does not get any easier for VJ Mallya, the flamboyant head of India’s United Spirits. 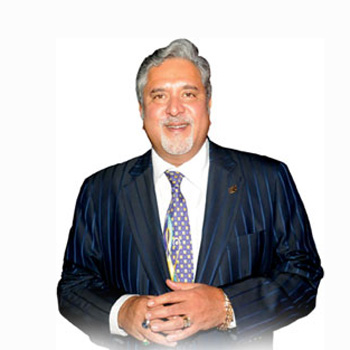 After embarrassingly facing arrest last week after cheques from his Kingfisher Airlines subsidiary bounced, his efforts to raise cash suffered a new setback today (Tuesday) when plans to sell off 7% of Pioneer Distilleries caused the shares to flop in Bombay.

Pioneer, which is registered in Hyderabad, has a separate stockmarket listing from United, but United owns 81.99% of the company, which provides much of its raw spirit. Bombay stock market rules dictate that at least 25% of a company’s shares must be freely available for trading and thus Mallya’s United has been given until next June to reduce its holding in Pioneer to below 75%.

But when United announced a floor (lowest) price it would accept that was 20% below the prevailing market price, Pioneer’s shares slumped. They fell by 5%, the maximum allowed in a day on the Bombay market. Analysts suggested that potential buyers need be in no hurry as Mallya is a forced seller and Pioneer’s shares will slide further.

Mallya’s problems stem from the catastrophic collapse of Kingfisher, which has debts put at £1 billion and has been grounded for several months. Matters came to a head earlier this month when a warrant was issued for Mallya’s arrest after Kingfisher cheques issued to meet debts to Hyderabad airport bounced. That matter was resolved when Mallya made good the payments, but Kingfisher remains a disaster for him amid conjecture that it will not fly again. Efforts to find an aviation investor have proved fruitless, with both International Airline Group (British Airways’ parent company) and Emirates reported to have rejected overtures to take stakes.

Meanwhile, sources in India suggest that a deal for Mallya to sell about a quarter of United to Diageo have hit a sticky patch. The two companies announced that they were in talks about a month ago following persistent market rumour. Crucially, while Diageo would remain a minority shareholder in the group that controls more than 50% of India’s spirits market, it would take operational control.

Reports from India today suggest that, despite his desperate need to reduce Kingfisher’s debts, Mallya may be having second thoughts about ceding control of his main asset.

Unofficially United says there are still a number of hurdles to cross before a deal with Diageo can be concluded. “There are anti-trust issues in the European Union if Diageo gets to control the phenomenal reserves of Whyte & Mackay. While both companies are understood to be working with anti-trust regulators to find a way forward on this aspect, there may have been some problems due to which the talks may have hit a road-block,” a senior official of United indicated anonymously earlier today.

Mallya himself his putting on a brave face, focussing on this weekend’s Indian Formula 1 Grand Prix in which his Force India team is competing. He plans to attend the event after unusually disappearing from public view for the past few weeks. That could prove embarrassing as some of Kingfisher’s 6,000 employees, who claim they have not been paid for seven months, are threatening to seize the opportunity to confront him about their plight.