Italy allows use of screwcap – with compromises

The Italian Ministry of Agriculture has amended its decree of July 1993 to allow some – but crucially not all – DOCG wines to be bottled under screwcap. 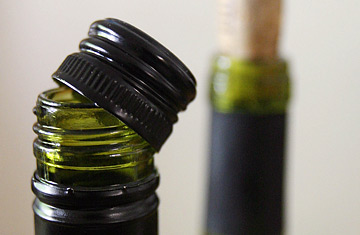 However, the amendment does not stretch to wines that include a sub-zone or the name of a vineyard on the label.

The change in the law comes after a lengthy debate that was started in October 2006 following the arrival of a letter from David Gleave MW, managing director of Liberty Wines, asking for a change in the law that only allowed cork to be used as a closure for DOCG wines.

The new decree was ratified on 13 August this year but in a statement Gleave said that it did not go far enough, calling it a “crass compromise”.

“This latter wine needs to be sealed with cork. Such a crass compromise does little to promote the image of Italy as a quality- focussed and innovative wine producing country, especially when we currently import Chablis Grand Cru, Chablis Premier Cru, Puligny Montrachet Premier Cru and other such European wines sealed under screwcap.”

The statement continues that Liberty has been in touch with its producers to see which will be moving to the newly permitted closure but stressed that the announcement from the ministry is merely one less stumbling block in Italy’s bureaucratic system.

“The decree has removed the obstacle previously placed in the way of those producers who wanted to use screwcaps, but does underline the fact that local consorzi must instigate any change.

“Once a majority of members of any consorzio votes in favour of a change, the amended law (disciplinare) for that particular zone must be sent to Rome for approval.”

So far, he said, producers in Chianti, Gavi and Barolo & Barbaresco had applied to their consorzios to implement the change.