Is unit reduction growing or shrinking the market?

The Responsibility Deal Low Alcohol Group’s pledge to lower alcoholic units could be of great benefit to the trade as well as the fight against alcohol abuse said the group’s co-chair, Scott Wilson. 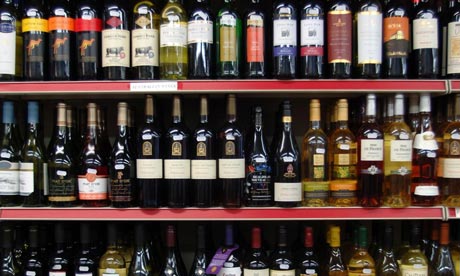 Speaking at the Alcohol in Moderation conference, Wilson, who is also director of public affairs at Molson Coors, was explaining the “big, hairy, ambitious goal” the group has set and how it is being applied.

The group and its members have pledged to take 1 billion units out of production by 2015 but will this help grow or shrink the market asked Wilson?

He argued that the pledge was a chance for the industry to embrace smaller measures such as the 2/3 pint schooner and also to “build a market for low alcohol products.”

He said that there has “been some angst in the industry that the pledge hasn’t been widely reported.

“But the idea of watered down drinks does nothing to build a positive image or attitude towards low alcohol drinks.

“Making these drinks can present a real challenge,” he continued, “if you stop the ferment they can be too sweet and too much reverse osmosis makes them too  weak.”

He added that the Portman Group would be announcing new rules and guidelines regarding low alcohol drinks this November.

Finally, he noted that it was worth remembering that, in general, “UK consumption is falling and drinking is, generally, within government guidelines.”

Furthermore, “over the pledge’s lifetime, beer alone would take out 3bn units through a shrinking market.”