Scientific breakthrough could help reduce the loss of millions of pounds worth of barley every year. 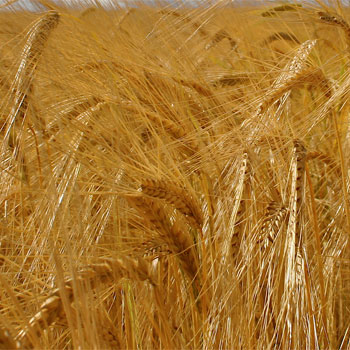 New research could bring a huge boost to the beer and whisky industries as the barley genome has been unravelled. It is hoped that developments from this research will help produce better varieties of barley.

Barley, and malting barley, are crucial to the beer and whisky sectors, which are worth around £20billion to the UK economy.

According to scientists this new research will help in the fight against cereal crop diseases, which damages millions of pounds worth of crops every year. Scientists also claim the breakthrough will help to develop barley varieties that are more able to cope with climate change.

Professor Robbie Waugh of the James Hutton Institute led the UK team who conducted the research along with scientists from the Genome Analysis Centre in Norwich.

Professor Waugh said: “Access to the assembled catalogue of gene sequences will streamline efforts to improve barley production through breeding for varieties better able to withstand pests and disease, and deal with adverse environmental conditions such as drought and heat stress.

“It will accelerate research in barley, and its close relative, wheat. Armed with this information, breeders and scientists will be much better placed to deal with the challenge of effectively addressing the food security agenda under the constraints of a rapidly changing environment.”

Decoding barley’s DNA has proved challenging to scientists as the barley genome is almost twice the size of that of humans.

The research, which was funded by the Biotechnology and Biological Sciences Research Council (BBSRC) and the Scottish Government, will also provide scientists with a better understanding of barley’s immune system.

Professor Douglas Kell, BBSRC chief executive, said: “This provides a timely and important new tool for unlocking the potential of better varieties of barley that are able to cope with environmental stresses or produce higher yields.”