Service standards are the biggest source of irritation for 73% of London diners, although 40% believe the UK capital’s dining scene has improved compared to a year ago, according to the 2013 Zagat survey released today. 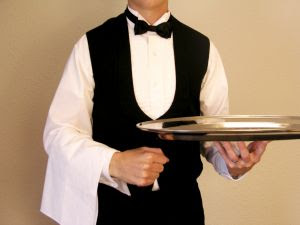 These results accompanied the launch of the Zagat 2013 London Restaurants edition, which bases its rankings and content covering 1,351 venues on ratings and comments submitted by Zagat survey participants. The full list of 1,995 restaurants is featured online.

Among the top awards The Wolseley was rated “Favourite” London restaurant, “Best Service” went to Roganic, “Best Newcomer” was won by Pitt Cue Co, and the prize for “Top Food” was given to The Waterside Inn in Berkshire, which celebrates its 40th anniversary this year.

Describing the year since his company was bought by Google as “one of the best years of our lives”, Tim Zagat confirmed that the backing had enabled Zagat to expand its operations around the world. This will include the opening of a London office, from where the company will coordinate operations in Europe, the Middle East and Africa.

With Edinburgh and Glasgow surveys currently in the pipeline, Zagat has just completed its first survey of Ireland and will soon be expanding its coverage to other cities around the UK. Zagat is also broadening its focus to cover shopping, hotels and nightlife.

Commenting on complaints from many London restaurateurs about the impact of the Olympics, Tim Zagat remarked: “It may look all doom and gloom, but from the perspective of anyone outside London the Olympics was a billion dollar PR exercise and the tourists will show up in the long term.”

Highlighting the trend among new launches for “simple places that are good value,” Tim Zagat described this as “the future” for restaurants in London, where the survey showed people eating out an average of 2.2 times per week, a lower frequency than other major restaurant centres such as New York, Paris and Tokyo.

Despite this shortfall, Tim Zagat pointed to evidence of significant foreign investment in the UK capital – from Wolfgang Puck’s Cut at 45 Park Lane, to Virgilio Martinez’s Lima – as he noted: “The smart money is betting on the London dining industry right now.”