Sotheby’s sale this week realised £1,358,911 thanks to a collection of Burgundy “dreams are made of”. 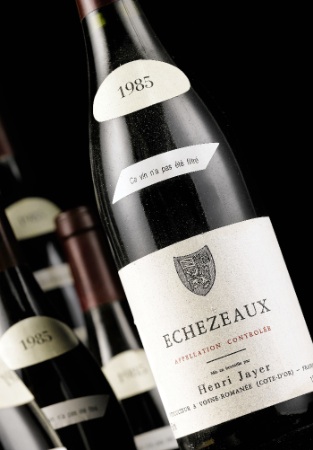 Burgundy and Italian wines took centre stage at the sale which was 88% sold by lot and 92% by value.

Stephen Mould, head of Sotheby’s European wine department, said: “Unprecedented internet bidding saw prices from ‘A Superb Burgundy Cellar’ soar way over their high estimates, realising a total of £761,544 (including the buyer’s premium), which is 125% of the high estimate, with only 3 of the 223 lots offered being unsold.

“The sale room was packed with buyers from around the globe eager to purchase rare bottles of Burgundy from Domaine de la Romanée Conti, Henri Jayer and Armand Rousseau and other great producers, amassed by  a wine lover who had bought purely for pleasure.

“The competition for vinous gems was fierce and this enthusiastic bidding carried forward for the great collection of historic vintages of Vega Sicilia which sold for 130% of the high estimate.

“The ‘Great Italian Collection’ saw terrific demand for wines from Sassicaia, Gaja, Bruno Giacosa and Ornellaia, as was expected. The sale demonstrates a growing interest from Asian buyers for all the great wine regions in the world.”