We count down Chile’s highest-scoring fine wines as part of a look at the country’s growing reputation for world-class reds.

Chile’s position as a truly renowned and serious fine wine producer is still a work in progress.

The country rocketed into the collective conscious of trade and consumer alike in a very short space of time and is now one of the market’s stalwarts.

However, like most New World countries, the rapid rise built on reliability and accessibility has left the other messages about terroir and history to catch up.

But they are, steadily, and have been helped by the enthusiastic research into soils and exploration of regionality that have been covered frequently in the pages of the drinks business.

As Giles Burke-Gaffney, buying director for Justerini & Brooks, states in the September edition, out next week: “Track record and history is very important to serious wine drinkers and collectors, and these are things that can take an incredibly long time to build up.

“This is Chile’s main battle when it comes to persuading clients to spend more money on its wines.”

But, he adds: “They are headed in the right direction – in terms of discovering new sub-regions that suit certain grapes and give specific characteristics to the wines.”

He concludes that Old World producers starting projects and investing in Chilean wines will be a great help and, as will be shown, this is happening.

A quick search among Chile’s best producers soon reveals myriad wines based on characteristics such as grape variety, region or specific vineyard – or all three ideally and what will also become apparent is that these are wines for ageing too – another important trait in anything claiming to be fine wine.

Another striking fact is that so many of the wines listed here are based on or at least use Chile’s “native” Carmenere, a grape sometimes rather maligned but also championed by the likes of Peter Richards MW and Tim Atkin MW.

Not that Chile’s aptitude for growing the big international grapes should be ignored. At a recent seminar on Chilean wines run by Santa Rita, Australian consultant Brian Croser even voiced the opinion that Chilean Cabernet Sauvignon is even more distinctive than Napa Cabernet and pointed to the main varieties such as Merlot, Cabernet Sauvignon, Carmenere and Cabernet Franc as “Chile’s backbone”.

For simplicity’s sake, the top wines here are based on Wine Advocates’ best scoring Chilean wines at 95 points and above.

It’s a wholly imperfect method of judging but convenient. Do see the extra page at the end for a list of other top wineries in Chile and another brief attempt at a “top 10” this time using scores gleaned from Jancis Robinson MW’s Purple Pages.

For more on Chile, its fine wine and wider industry, see the September issue of the drinks business.

The first wine on this list is a product of Swiss-born Mauro von Siebenthal, who swapped the Alps for the Andes in 1998.

The winery’s website describes the philosophy as being that of a Bordeaux château where: “vineyards, cellar and house blend together harmoniously.”

The terroir in question is the area of Panquehue in the Aconcagua Valley and each site has been selected for its suitability for Cabernet Sauvignon, Syrah, Carmenere and Petit Verdot.

With only 25 hectares, it is one of the smaller “boutique” wineries on this list. 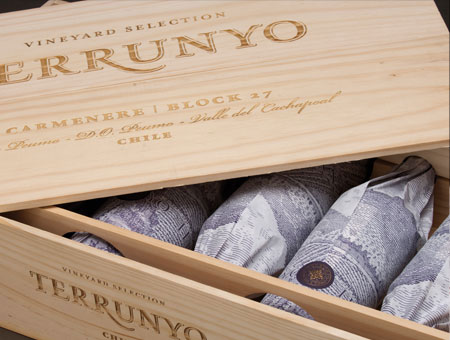 The name is apparently based on the Spanish for terroir, terruño, and each of the wines in the range comes from a specific vineyard block chosen on the strength of its soil and positioning and how these will best suit the grape in question.

Although usually between 87% and 90% Carmenere, there is usually a little Cabernet Sauvignon and Franc added to balance out the blend.

Banfi Vintners provides a typical tasting note on its website describing the Carmenere as having, “complex and elegant aromas of ripe red berries, plum, spice and a hint of tobacco”.

Montes’ “Folly” is a 100% Syrah which the winery describes as reaching the same “levels of excellence” as its other pioneer “M”, but also adds that the two wines are: “as different in styles as the untamed sound of a sax in a jazz concert is to a Stradivarius violin at the opera.”

Yields are limited to four tonnes a hectare and the vineyards are on the estate’s steepest, highest slopes at Finca de Apalta. 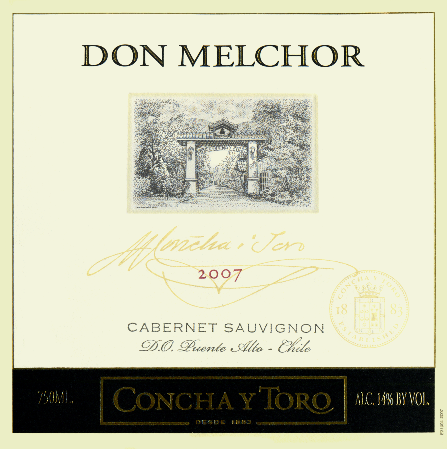 Don Melchor is often touted as one example of Chile’s potential to produce excellent 100% Cabernet Sauvignon at the highest levels.

With 22 vintages to its credit since 1987, the vineyards are located in Puente Alto, 650m above sea level in the Maipo Valley.

The WA gave the 2006, 96 points and called it “sweet, voluptuous (but not in a fruit bomb kind of way), layered, and complex already, its superb balance will ensure at least a decade of evolution and it should drink well through 2036.”

The tasting (in 2009) was apparently accompanied by a 1993 and 1995 as well, which subsequently received 94 and 95 points respectively and another 10-15 years of drinking still ahead of them. 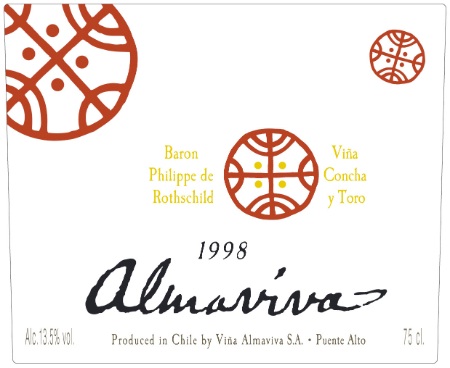 Almaviva is a collaboration between Mouton Rothschild and Concha y Toro which began in 1997.

The wine is a straight Bordeaux blend dominated by Cabernet Sauvignon and the whole project is meant to show the “fruits of Chile’s terroir with French winemaking expertise”.

The vineyard is located in the Maipo Valley and the whole operation from vineyard to the barrel room bears the inescapable stamp of Bordeaux savoir-faire and aesthetics. 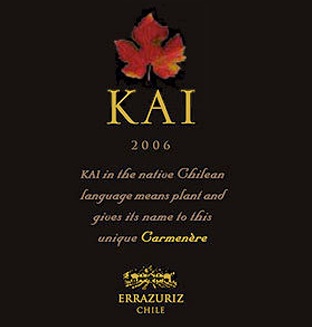 One of the Errazuriz stable, Kai is a Carmenere-dominant blend (with a little Syrah and Petit Verdot for balance).

Kai is drawn from what are considered to be the best plots on the Don Maximiano Estate in Panquehue.

Kai caused a stir in 2010 when it topped a blind tasting in New York and beat Opus One and Haut-Brion in to second and third place respectively.

The 2006 is the highest WA scorer on 96 points and described as a wine “for hedonists only!”

Another Errazuriz label but one that, like Almaviva, began life as a collaboration, this time with Robert Mondavi.

Since Mondavi’s death Errazuriz’s Eduardo Chadwick has taken charge and the wine has won fistfuls of awards during its existence and like its cousins in the Errazuriz family has caused its fair share of upsets when faced with some of Europe’s most prestigious names.

The project came to fruition in 1995 and progressed from there until Mondavi’s death in 2003.

The following year in Berlin, Seña 2001 came second to Viñedo Chadwick in a blind tasting and forced Lafite 2000 into third place, while the Seña 2000 kept Margaux 2001 out of the top four.

Subsequent tastings across Asia in October and November 2011 saw Seña sweep the board against first growth competition, taking the top five spots in Hong Kong and Taipei and the top two in Seoul.

The blend is Cabernet Sauvignon, Carmenere, Merlot, Cabernet Franc and Petit Verdot and again is from vineyards in Aconcagua.

Since 2005 the vineyards have been biodynamic. 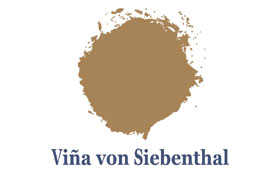 The flagship wine from the von Siebenthal estate is a Carmenere led wine with roughly 10% of Petit Verdot, matured for 21 months in 100% new French oak.

Named after Christopher Columbus’ continent discovering voyage, it has a production of some 1,400-1,500 bottles and its 2007 (97 points) was said to “strut a kinky/sexy” nose of blueberry and earthy minerality – make of that what you will.

Production is extremely limited, around 3,500 bottles. 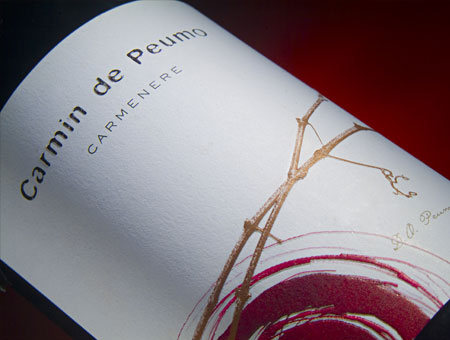 Envisaged as a wine that would “faithfully reflect its origin, the terroir of Peumo”, Carmín is another Carmenere-dominated blend, this time from the Rapel Valley.

Peumo’s vineyards  in Cachapoal dominate about 90% of the fruit with the remainder made up of grapes from Pirque Viejo and Puente Alto.

On several occasions it has been rated as the best wine in Chile by the likes of the WA, notably the 2003 and 2005 vintages, which both received 97 points.

It is often described as “opulent”, “rich” and having “immense power”.

Perhaps it is no surprise to see Errazuriz’s flagship wine in the top spot. Located next to Almaviva at Puente Alto in Maipo, the 32 hectare vineyard is predominantly Cabernet Sauvignon, fleshed out with a little Cabernet Franc and Petit Verdot.

The wine is dedicated to Alfonso Chadwick Errázuriz (1914-1993), a fêted polo player and a key figure in Chile’s burgeoning wine industry.

His son, Eduardo Chadwick, runs the estate today and the vineyard is planted on his old polo pitch.

Certified sustainable, the vineyard is divided into sub-plots and vinified separately to “maximise blending options” according to the winery.

To cap it all, it was the 2000 Viñedo Chadwick which came out top in the Berlin Tasting.

And finally… Other 90-point and above Chilean wines 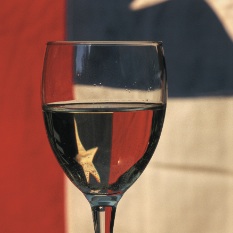 Away from these big-hitting point scorers Chile has numerous other fine wine names from across the wine spectrum.

The likes of Errazuriz, Concha y Toro, Montes and von Siebenthal all have other wines that could have been included in the line-up. Montes’ “M”, Errazuriz’s “Don Maximiano Founder’s Reserve” and the other wines (red and white) in Concha y Toro’s Terrunyo range to name only a very few.

Although the wines listed above are, some might say quite predictably, Cabernet Sauvignons, Syrahs, Carmeneres and Bordeaux Blends, Chile is equally capable of producing very highly rated, site specific Pinot Noirs and white wines too.

Other names to consider include: Altaïr, Perez Cruz, Cono Sur, Santa Rita, Cousino Macul, Viña Tabali, Casa Lapostolle, Viña Leyda, Domus Aurea, Los Robles, Falernia, Mayu and Luis Felipe Edwards – many if not all of which have wines that have scored over 90 points in WA or which rate between 18 and 18.5 points on Robinson’s Purple Pages.

Incidentally, a quick “alternative” top 10 based on the Purple Pages’ notes, and using wines rated 18 points and up would run like this.