Opus One has announced plans to open a Bordeaux office as the Californian producer seeks to develop further its international sales. 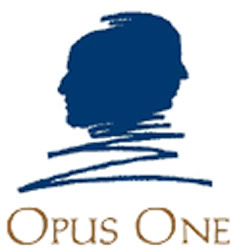 Since 2004 this joint venture between Constellation Brands and Baron Philippe de Rothschild has channelled distribution outside the US market through a selection of Bordeaux négociants, the only Californian winery to be sold through this system.

The new office will be run by Laurent Delassus, Opus One’s new vice-president of international sales and marketing, who will oversee the winery’s regional sales managers in Tokyo and Hong Kong.

Prior to this role, Delassus held export posts with Bordeaux négociants Veyret-Latour and Mahler-Besse, both of which involved the development of fine wine markets in markets including Asia, Russia and Australia.

Commenting on the appointment, Opus One CEO David Pearson remarked: “We are especially pleased to bring in Laurent Delassus, whose keen managerial skills and expertise in international markets make him an ideal fit for Opus One.

“Laurent’s exceptional understanding of the négociant network will strengthen Opus One’s trade relationships throughout the world.”