A wet summer and the negligible boost from London’s Olympic Games have not stopped Greene King recording strong gains. 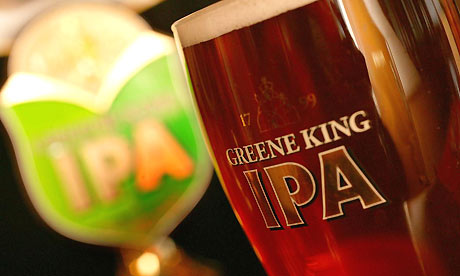 The Suffolk-based pub group said that sales had grown by 5.1% in the 18 weeks to 2 September.

It said that like-for-like food sales at its Hungry Horse and Loch Fyne restaurants and food sales at pubs open for at least a year, rose by 5.2% in the same period.

In a further breakdown, its drinks division recorded a 5% rise and its hotel division 4.9%.

In June the group reported strong rises in full year profits – although these were dampened somewhat by a tax bill levied against it by HMRC.

The Games severely disrupted sales in central London pubs but the difference was apparently made up by sales in the suburbs which boomed.

Overall the company said that the Games had a “minimal net impact” on its performance.

Greene King’s chief executive, Rooney Anand, said he was happy that, “trading trends across the business have been maintained through the summer, despite the disappointing weather.”

However, he added that, while encouraging for the rest of the year, the group was still expecting consumer confidence to “remain subdued”.

The Spirit Pub Company also noted rises in its like-for-like sales of 4.1% to 18 August.

Spirit’s chief executive Mike Tye said that despite, “the poor summer weather and the disruption caused by the Olympic Games”.

“We continue to perform in line with expectations and are making good progress towards realising the full potential of our business.”