Morrisons is trialling a radical shift in the way it merchandises wine to coincide with the UK multiple retailer’s Autumn introduction of online shopping for the first time. 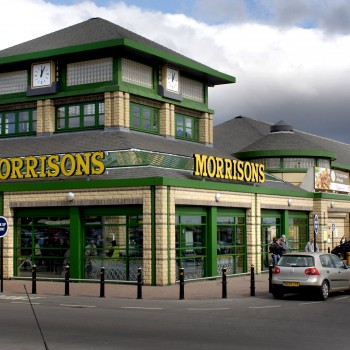 Following focus groups and a survey of 10,000 customers, the UK multiple retailer has introduced a “Taste Test”, which it claims will help shoppers to identify their wine preferences, whether shopping online at its new Morrisons Cellar site or in-store.

The “Taste Test” establishes consumers’ flavour preferences by assessing their palate with a “straightforward” series of questions about their choices concerning hot drinks, salt and artificial sweeteners.

Based on their responses, consumers are then matched with a wine flavour scale numbered from of 1-12, which equates to four main taste groups: sweet, fresh, smooth or intense.

Depending on the success of current trials, the retailer is planning to restructure its wine displays according to these stylistic groups, rather than colour or region, in a move that Simon Harrison, stategy partner at Wm Morrison, believes will send out the message: “You can explore wine in confidence with us.”

If the shift is implemented, Harrison confirmed: “You could find a white wine next to a red wine; you could find a Pinot Noir next to a Riesling; a Chardonnay could be at 3 or 11, depending on its style.”

Harrison estimated that this shift, combined with the launch of online shopping, could make Morrisons’ wine business, which is currently worth half a billion pounds per year, “at least £100m bigger.” He explained: “We don’t want people to buy more wine; we just want them to buy wine from us more often.”

Pointing to the advantages of the proposed shift for customers, Harrison argued: “If you’re stuck in a rut it’s a way through,” confirming that Morrisons would offer a money back guarantee for consumers who did not enjoy the wines that matched their taste profile.

Harrison criticised UK retailers for “not giving customers what they want”, an issue that he believes is the reason many former wine drinkers have left the category in favour of drinks such as fruit ciders.

Based on Morrisons’ consumer research, Harrison claimed by way of illustration: “Over 30% of the UK adult population falls into the 0-3 palate group, but only 10-15% of the SKUs on a typical wine range are in that 0-3 range.”

This recognition has been factored into a thorough revamp of the Morrisons range following the departure earlier this year of former wine development manager Arabella Woodrow MW as part of a restructure. This Autumn will see its range increase from 550 to 1,100 wines, of which around 750-800 will be available in store.

Although the company anticipates that its improved service, supported by in-store BWS managers trained to “intermediate WSET and beyond,” will encourage a higher average spend, Harrison insisted that this was not the aim.

“If it helps reassure people about trading up then great, but if it helps them to trade down then that’s great as well,” he remarked. “We want to help people get better value.”

Expressing his confidence in a positive result from the trials, Harrison revealed an earlier “crude trial just by style” without the new Taste Test saw wine sales increase by 25 per cent.

The retailer, which is currently expanding in the south of England, currently has 475 UK stores, with its 11.5m weekly customers buying 1.5-2m bottles of wines per week between them.

Morrisons Cellar will see wine become the first of any category within the grocer’s range to be made available online.

Admitting that the retailer was lagging some way behind its UK competitors in moving online, Harrison remarked: “We can’t do anything about being last to the party, but we can make sure we’re a little bit better than everyone else when we get there.”