Scorching weather has reduced yields across Italy this year although not all areas have been seriously affected. 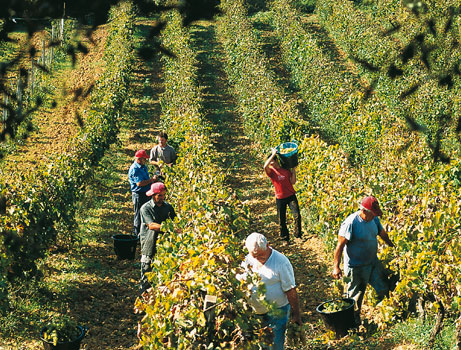 Speaking to the drinks business, Daniele Matarrese whose family runs the eponymous vineyard Matarrese in Lazio, said that the summer had been one of the hottest for 50 years.

Producers in the centre and north of the country have been particularly badly hit he reported with volumes at his family’s vineyard down by at least 10% and around the country by up to 20% or more in some places.

Italian newspaper La Repubblica noted recently that Lombardy and Tuscany had been badly hit by the heat which has burnt “a large part of the crop” and that average yields were expected to be down by 15%.

As so often happens the fall in volume has been good for quality but this again brings its own problems.

Matarrese said: “For those producers selling grapes this will be a problem as they will get less money if they are paid by the kilo.

“On the other hand buyers will have a better deal as the quality will be better.”

However, he added further that while the harvest has been brought forward by a month in some places, some producers are waiting for forecasted rain which will give their grapes more weight when they go to sell them – at the expense of quality.

On the other hand Matarrese noted that in the south the situation is very different and some producers were even expecting an increase on last year’s crop.

This state of affairs is backed by another La Repubblica report which noted that Sicily and Campania are expecting harvests up 10% compared to 2011.

In Sicily the yields are slated to rise from 4.8 million hectolitres to 5.3m hectolitres.