Drappier first in Champagne to use egg-shaped oak fermenter

Drappier has become the first Champagne house to mature its wines in an egg-shaped oak container, despite losing 75% of its crop this year. 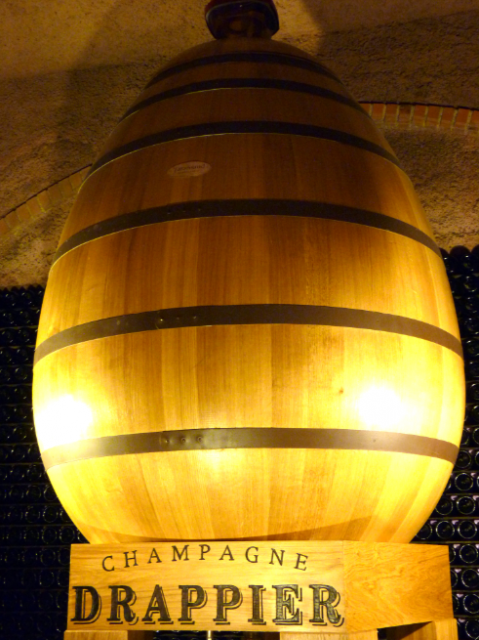 Called the Ovum, the fermentor, inspired by Nomblot’s concrete egg, is made by Taransaud and costs around €30,000.

According to Michel Drappier, winemaker at the family-owned house, the new vessel will be used to produce a “Premium Grand Sendrée”, referring to the brand’s prestige cuvée, and the more upmarket version will be released in 2018.

Commenting on his new purchase, Michel said, “The “egg” proportions represent the Golden Ratio and is considered to be the ultimate vessel to keep and mature wine.”

He explained that the vessel currently contains 2,400 litres split between Pinot Noir (55%) and Chardonnay (45%).

The container is make using oak from the Aube, meaning that the Champagne is aged in wood harvested from Jurassic Kimmeridgian soil, which is the same substrate Drappier’s grapes are grown on.

Meanwhile, Drappier spoke of the challenges of the 2012 vintage for the Aube-based producer.

“Unfortunately Drappier vineyards have experienced the worst hail storm in their history. On 7 June, 100% of the domaine was hit and 75% of the crop was destroyed.

“As a single family estate, Drappier is considered to be the most affected estate in the history of the Champagne region,” he added.

Indeed, he said that his father André Drappier, who is 86 years old, has never seen such a loss.

“Fortunately,” continued Michel, “Saint Bernard (the monk who built our cellars in 1152) has probably protected the Grande Sendrée vineyards which have been affected only at the rate of 40%.”

Finally, he recalled the high quality of the remaining crop.

“The remaining grapes, harvested on 26 September look great and the first juices are superb. It is probably a great vintage which could be similar to 1996 but in much smaller quantity.”