A trial using first growth Bordeaux has shown how closure type affects a wine’s evolution over almost 10 years, and the results aren’t quite as expected. 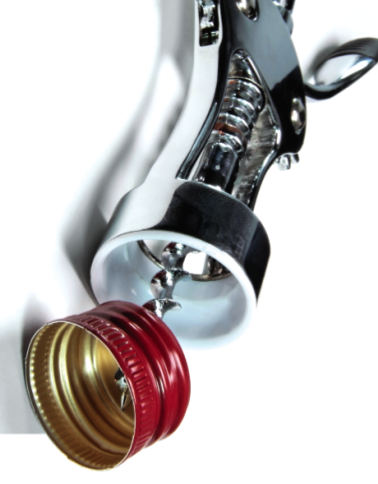 To better understand what motivates winemakers to choose a cork, screwcap or synthetic closure we spoke to three highly-respected figures for the August edition of the drinks business (pages 32-37), each of whom have opted for something different.

Initially, however, we profiled one winemaker who has trialled different ways to seal his prized wines for almost 10 years in what must be the most high profile experiment in the history of the closure debate.

The results had been kept under wraps until an event earlier this year in London, where wines aged under the different closures were shown blind, and the drinks business, which was present, reported on the findings.

However, in time for August’s edition of db, which contained a focus on closures, we went back to the winemaker – Chateau Margaux’s Paul Pontallier – and asked him what he would do if screwcap proved better than cork for closing and ageing first growth Bordeaux.

An anlysis of the experiment and his views can be read here.

Over the next few days we will bring you opinions from further winemakers who are adamant that their closure choice is the best – whether it’s screwcap, cork or synthetic.

In February this year, Paul Pontallier showed the results of a range of experiments at the Bordeaux property to the press for the first time in London. Among his trials, which concerned a range of winemaking and viticultural techniques, were a set of three reds from the 2003 vintage, and three white wines from the 2004 harvest, sealed under different closures – one natural cork and two screwcaps with different linings (Saratin and Saranex, the latter being more oxygen-permeable). Pontallier had also trialled wines under synthetic corks, but has decided not to show them, as the results were “catastrophic”. All the wines in the experiment were prepared in the same way.

The wines were made from vineyard parcels which would have been used for Pavillon Rouge and Blanc, and were served blind to a packed room of UK press. After each flight – one for red, and another for white – Pontallier asked for a show of hands to see which was the preferred wine.

For the red flight, a quick count of hands indicated the wine sealed under the Saratin-lined screwcap as the favourite, and Pontallier himself said that the wine aged under impermeable screwcap [Saratin-lined] was probably his preferred option: “Because I find the mouth softer.”

Interestingly with the white wines, the room voted for the first of the flight, which had been sealed using natural cork, and actually tasted the youngest and freshest, although it wasn’t markedly different from the third one, closed using a Saratin-lined screwcap. In both red and white flights, the wines under the more permeable Saranex screwcap showed elements of oxidation, and more forward, evolved aromatics than either the natural cork or less permeable screwcap.

Speaking to Pontallier more recently about the background to the experiments, he explained that he had begun the closure trial in 2002 due to a high level of TCA in the wines from the Margaux property and because of the advent of screwcaps as a credible alternative. Even today, despite buying the “best natural cork on the market from four different suppliers,” he said that TCA is still an issue in the wines of Château Margaux, all of which are sealed using natural cork. “The cork people have indeed made lots of progress, and today TCA is below 1%, but this is still unacceptable; even if only one bottle in a thousand is ruined, it is ridiculous.”

As for the results of the experiments, he says he finds it very difficult to draw conclusions at this stage: “What we have seen is a slightly different evolution [depending on the closure type]… but today it is too early.” Pontallier feels that he will need to wait another decade or two before he can conclusively decide whether one closure is better than another. And recent blind tastings with people who know Châteaux Margaux “very well” haven’t been conclusive, with no clear consensus on whether the wine under one particular closure is better than under another.

Pontallier also added that of the many factors that go into closure choice, it is the technical performance that is the most important. So if screwcaps give better results with Pavillon Rouge or Blanc in another 10 years’ time, will Pontalier make the switch? “If we conclude that one closure is significantly better than the other, then we would be really tempted to use it – whatever it is.”