Boxing fans are the UK’s biggest drinkers according to research on pub behaviour by Sky and Molson Coors. 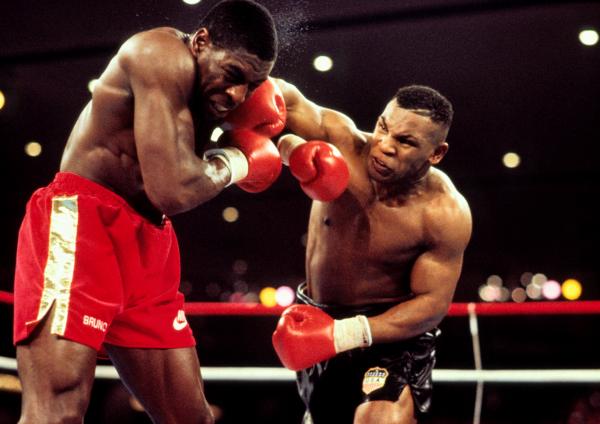 Survey results showed that fans of the sport have five or more drinks on each visit to the pub, with 25% claiming cider as their preferred tipple – while none of those sampled would take their wife to the pub.

The next biggest drinkers were fans of darts, consuming on average 3.6 drinks per visit, followed by football and rugby union fans, who have three drinks on average.

Beer is the preferred drink among football and rugby fans, as well as Formula One followers, while cricket and tennis fans are more likely to order wine.

Just over one in 10 of the cricket fans surveyed said white wine was their drink of choice, consuming on average 2.6 glasses per visit to the pub.

Tennis fans are slightly lighter drinkers and average 2.3 drinks per pub visit, while those who like to watch tennis also said their primary reason for going to the pub is to eat, with 51% visiting for a meal.

Meanwhile golf fans are keen pub goers, with over a third of those surveyed claiming to visit the pub more than once a week to watch sport in general, and consuming 2.6 drinks on average.

Unlike other sporting fans however, 6% of those interested in watching golf said their favourite tipple was whisky.

Football fans:
32% go to the pub, just to watch sport
23% of those go at least once a week
64% drink beer at the pub
They average just over three drinks per visit
Nearly a quarter take their wives or girlfriends with them

Cricket fans:
57% of cricket fans visit their local to socialise with friends
10% of those say white wine is the drink of choice
They 2.6 glasses on average

F1 fans:
31% taking their wife or girlfriend with them to the pub
They drink on average 2.7 drinks per person
16% drink cider
55% prefer beer

Darts fans:
95% go to the pub to visit friends
They drink on average 3.6 drinks per visit

Rugby Union fans:
70% visit the pub
70% of those drink beer
They consume an average of three drinks per visit
28% take a WAG with them

Tennis fans:
51% visit the pub for food
31% choose either red or white
They drink on average 2.3 drinks per visit

Boxing fans:
32% have five or more drinks per visit
61% of boxing fans visiting pubs
36% do so just to get out of the house
14% who visit the pub to watch sport
25% claim cider is their favourite drink
76% visit the pub to see friends
0% would take their wife with them

Golf fans:
65% visit pubs
37% do so more than once a week to watch sport in general
They drink on average 2.6 drinks per visit
10% take their father with them
6% of golf fan’s favourite drink is whisky