Despite the good vibe surrounding English sparkling wine in the UK at present, its long-term health is threatened by oversupply and a skills shortage. 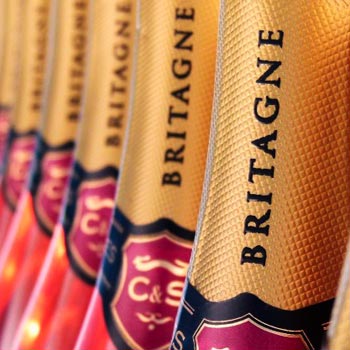 Speaking at a tasting and discussion organised by the Institute of Masters of Wine in London last week, English winemaker and Wine Skills training mentor David Cowderoy identified a future bottleneck due to an “explosion” in plantings and producers.

“There is a growing number of producers and finite number of retailers,” he said, “And that will produce a bottleneck.”

He also expressed concern that these new players were all “following the same format” based on a small estate of around 5-10 hectares producing sparkling wine from Pinot Noir and Chardonnay, with a planned selling price of £25.

“They will find it increasingly difficult to find a point of difference,” he said.

Continuing, he also mentioned “a significant lack of experience” among some of the start-ups.

Wine Skills, who Cowderoy works for, has been “very useful” for the English wine and sparkling wine industry, but he stressed that few producers have done a vintage abroad, and have picked up much of their knowledge from books, rather than practical experience.

As a result he described the approach to winemaking among many newcomers to the industry as “safe”, as well as “simple”.

Furthermore, he said he was worried that English sparkling wine producers were mimicking Champagne in the same way English wine producers copied Germany in the 60s and 70s.

“We have a lower number of heat degree days than Champagne and the rainfall pattern is different from East Anglia to the West Country. And even our hallowed chalk is not the same – the chlorotic index is much higher than Champagne.”

“Copying Champagne helped the industry get to where it is in the short term, but in the long term the route is potentially fraught with problems,” he added.

However, he commented that the UK was in “a fantastic position” due to a lack of bureaucracy that hinders many classic European wine regions.

Nevertheless, he said that there was a troubling lack of consensus on how to collectively promote and develop the English sparkling wine industry.

Currently he said that production of English sparkling wine is around 1.5 million bottles with the potential to increase to 2-3m by 2015, based on plantings today, and then to 4-5m by 2020.

Although demand is high in the UK now due to a deeply patriotic feeling post the Jubilee and Olympics, as well as the Royal Wedding, such a massive increase in production prompted Skelton to ask, “Where will it all sell”?

After all, as he highlighted, 4m bottles is 10% of the Champagne market in the UK, based on projected sales of 40m bottles of Champagne by 2020, and, he said, it seems “unlikely” the English sparkling wine producers would steal that proportion, or sell the extra supply abroad or from the farm-gate.

As for the nature of the sparkling wines being made in Britain, he added, “Of the quality of English sparkling wine there is no doubt, tasting after tasting has shown this.”